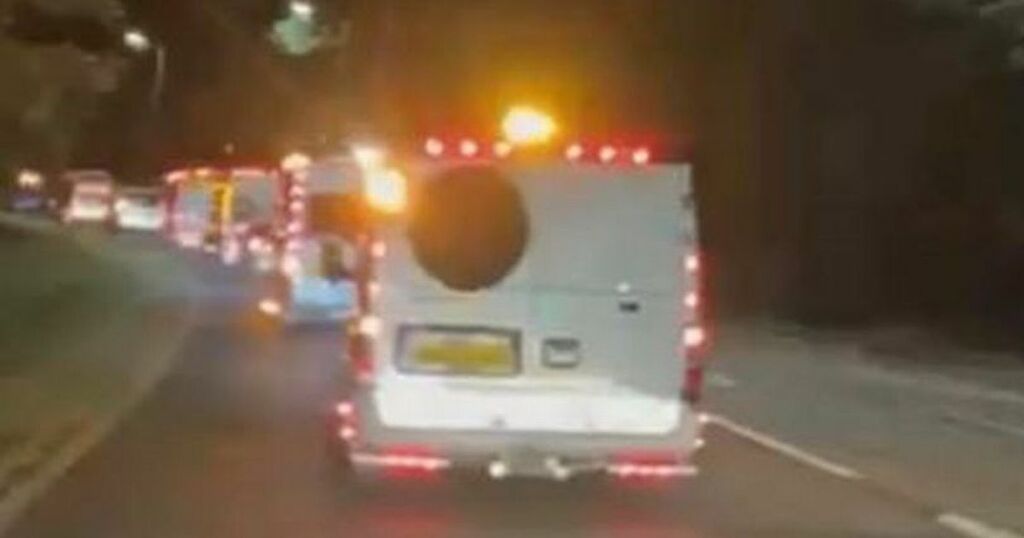 Brightly-lit customised vans and lorries have paraded through Skegness and Ingoldmells in memory of a two-year-old who died in a caravan fire.

Drivers decided to dedicate their procession along the coast to Louisiana-Brooke Broadley in a touching tribute, Lincolshire Live reports.

She was on holiday with her family at Sealands Caravan Park when the fire broke out.

The gathering saw more than 60 vehicles illuminated with LED lights leave the Charnwood Tavern in Winthorpe on Saturday, September 11, at around 8pm before returning for a light show.

Pink balloons were also attached to the vehicles.

Event spokesman Natalie Hagerty said: "There was 60-plus vans on show and a few lorries that joined in the parade.

"This year's annual convoy of vans was a very special one and it was requested by Vans United member Andy Mills that it be dedicated to the memory of little Louisiana-Brooke who sadly lost her life in Ingoldmells."

Shortly after the death of Louisiana-Brooke, her heartbroken grandmother Donna Broadley posted a series of snaps of the toddler which were taken as she enjoyed her time at the holiday park.

In an emotional Facebook post, she said: "Our hearts are broken as 'wee wee' was our baby of our family. Tash gave her everything, she was her right leg.

"Our hearts are broken. We as a family will be here for Tash and my grandchildren."

Natasha's friend Laurie Selfridge, who started a Go Fund Me fundraiser, said: "Louisiana-Brooke was the most beautiful amazing little girl. She was a sweet angel.

"Natasha adored all her children but she was like Natasha's shadow.

"Their worlds have been torn apart in pure tragedy.

"It’s soul destroying, we all love Tasha and her children. We’re a tight community in Newark.

"It’s totally knocked all of us, but the love being shown is unreal."

Organisers have asked people to make a donation to a Go Fund Me appeal to help the family, which has already raised more than £18,000.

The investigation into the fire continues.