Annexation: the return of a dangerous idea

Do you ever lie awake at night, dreaming about annexing part of a neighbouring country? If so, you are not alone.

A recent opinion poll for the Pew Research Center reveals that startling numbers of Europeans are not satisfied with their nation’s borders. Asked whether there are “parts of neighbouring countries that really belong to us”, 67 per cent of Hungarians replied in the affirmative, as did 60 per cent of Greeks, 58 per cent of both Bulgarians and Turks, 53 per cent of Russians and 48 per cent of Poles. Such sentiments even lurk in western Europe — 37 per cent of Spaniards, 36 per cent of Italians and 30 per cent of Germans also agree with the statement.

In normal times, these kinds of ideas would not matter much. Hungarians, for example, can bemoan the 1920 Treaty of Trianon, which, as they see it, resulted in the loss of two-thirds of Hungarian land, without believing regaining that territory is a practical idea. The danger is that these are not normal times. The idea of annexation — long taboo in international politics — is creeping back into the global political discussion. The single most important development came with Russia’s seizure of Crimea from Ukraine in 2014. Only a motley crew of countries, including North Korea, Venezuela and Zimbabwe, have recognised Russian sovereignty over Crimea. But five years on, Moscow is tightening its grip on the territory. Most of the world now tacitly accepts that there is little prospect of Crimea being returned to Ukraine. In that sense, the annexation has worked.

The current Israeli election is being fought against the background of a debate about whether Israel should formally annex roughly one-third of the West Bank. Although these areas have long been controlled by Israel, most countries regard them as occupied Palestinian territory. US president Donald Trump’s peace plan for the Middle East proposed recognising Israeli sovereignty in large parts of the West Bank, and Benjamin Netanyahu, the Israeli prime minister, is itching to announce their incorporation ahead of the vote on March 2.

So far, the Trump administration has restrained Mr Netanyahu from announcing a formal annexation. The US should maintain that position, for reasons that extend well beyond the Middle East. The unilateral alteration of another international border, without the agreement of both parties involved or an international treaty, would contribute to the sense that this is one of those times in history when the lines on international maps are being redrawn.

Would-be annexationists, all over the world, would take heart. But if the acceptability of annexation spread, it would result in bloodshed and the displacement of populations. As Carl Bildt, the former prime minister of Sweden, has warned: “Europe’s borders have been drawn in blood and to change them will draw blood again.”

What is true of Europe is truer of Asia. In Japan, Prime Minister Shinzo Abe has made the reclamation of islands lost to Russia after the second world war a central focus, although he makes absolutely plain that this should be done by negotiation. By contrast, the Chinese government has always insisted on its right to end Taiwan’s de facto independence by military means.

To be clear, people in all countries, whether Russians, Chinese, Hungarians or Israelis, are free to cherish their theories about their nation’s frontiers. Borders have shifted throughout history and there will always be groups that — for ethnic or religious reasons — feel they are stranded in the wrong country.

The best way of dealing with such dilemmas is robust agreements on minority rights or dual-citizenship arrangements. But it is not inherently illegitimate to argue for a change of borders. The key is that any such change has to be done through negotiation.

The origins of the modern taboo against annexation lie in the 1930s. Adolf Hitler’s move into the Rhineland, followed by Germany’s annexation of Austria and the dismemberment of Czechoslovakia, were allowed to succeed. Generations of postwar politicians learnt a lesson: permitting takeovers to go unchallenged is profoundly dangerous and ultimately results in war.

When international borders have been altered in recent years, it is almost always when a new country has waged a successful struggle for independence, often after a history of oppression. But allowing a new nation such as East Timor or South Sudan to break free, usually via a negotiated and internationally recognised independence referendum, is very different from allowing an existing nation to forcibly seize part of a neighbour’s territory.

The taboo on annexation was enforced rigorously in the last decades of the 20th century. It is why Britain chose to fight Argentina over the Falkland Islands in 1982; and why the US assembled an international coalition in 1991 to push back Iraq, after its invasion of Kuwait.

The year of the first Iraq war was also the year of the break-up of the Soviet Union, which led to the creation of 15 sovereign states. To Russia’s credit, the dissolution of the USSR in 1991 was done largely peacefully and by international agreement. Moscow’s decision to annex Crimea 23 years later, represented a reversion to unilateral aggression. It must remain an isolated example, rather than the harbinger of a new era. 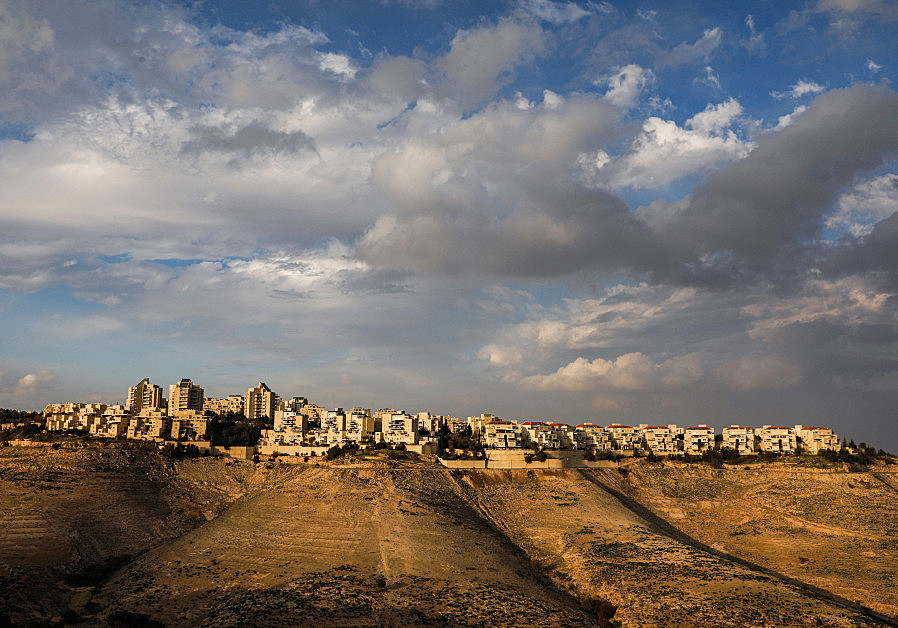 Netanyahu advances plans for 3,500 settler homes in West Bank’s E1
"We are building up Jerusalem and the outskirts of Jerusalem. I gave an immediate directive, to deposit plans to build…

The Jerusalem Post
One subscription that gives you access to news from hundreds of sites
In eastern Ukraine, the cost of peace may still be too high for Volodymyr Zelenskiy

The Conversation
Netanyahu: Mapping process has begun, sovereignty to follow