Nationals MP Darren Chester has confirmed he will run for the party’s leadership in a ballot next week, setting up an explosive showdown with his rival Barnaby Joyce - a man Chester once described as “incoherent”.

The Nine newspapers reported Chester saying it was “time for a change” in the party, and that the Nationals needed to “take some responsibility for the Liberal losses in the city”.

It appeared a clear shot at Joyce, the former deputy prime minister, whose personal unpopularity and reluctance to embrace climate change action was seen as a factor in the heavy toll inflicted on Liberal moderates in inner-city seats.

Joyce sacked Chester from his position as veterans affairs minister soon after the spill, in a move that was seen as punishment for supporting McCormack. At the time, Chester claimed the phone call he had with Joyce “was so incoherent yesterday, I couldn’t actually explain what he was even saying to me.”

Chester is a more moderate voice than Joyce. He was a supporter of former Nationals leader Michael McCormack in a spill motion in June 2021 that saw Joyce re-elevated to the party leadership.

On Friday, Chester told ABC he was “not here to tip a bucket on Barnaby Joyce, he’s our leader and has done the best he can do in that job”.

However he said “it’s important we listen to the message we received over the weekend from the Australian people”.

“I think they want us to be perhaps more moderate and more respectful in public debates in this country. They want a calmer democracy I guess and I think I can offer that to the room.”

On Thursday, Mallee MP Anne Webster said she will run for the deputy leadership of the National party, acknowledging Joyce’s “polarising” style and urging the party to back “stable and reasonable” leadership.

“I am definitely sticking my hand up, I have nothing to lose,” Webster told Guardian Australia.

Webster said the combination of new MPs and the “caginess” of the existing ones meant she did not know whether she would have support.

In a clear reference to the domination of northern interests in the party, Webster said that all regional electorates needed Nationals leadership representation, “not just Queensland”.

“Barnaby has stated that he’s polarising. You know, it’s just who he is,” Webster said.

“No doubt that has reaped him rewards over time or he wouldn’t continue in that vein. But I think, you know, Australians are sick and tired, they are election-exhausted, they’re politician-tired, and they do want the country to move forward with some stability.

“And the Nats have a part to play in that as well, even though we’re in opposition. I think people need to be a little more collaborative, you know, in terms of Coalition.”

She said while her views might “rile” some people who wanted to see the Coalition fall apart, some stability was needed in the next parliament.

“I just think that there is work to be done on all of our parts and we need reasonable and stable leadership to do that,” Webster said.

“I’m not saying that that’s not possible with the current leadership. But I think that, the reality is that after an election, the Nats always reset leadership.”

Webster’s move may force the hand of the current deputy, David Littleproud, who is yet to declare his leadership intentions.

All positions are spilled as a matter of course in the Nationals party room after an election, and MPs and senators will meet on Monday to vote. F McCormack is also considering running again for leadership.

Webster’s electorate of Mallee represents one-third of Victoria and she attracted a swing of more than 4% on a two party-preferred basis, though that was off the 2019 base, when there was also a Liberal candidate in the race.

She noted that her Victorian colleague Chester also got a swing towards him, as did Kevin Hogan in his northern NSW electorate of Page, which was devastated by flooding. All three members backed the 2050 net zero target.

Webster said the swings to more moderate members of the party gave her more confidence.

“It gives us confidence to step up and say, listen, you know, there are things that would help us in the north as well,” she said.

Webster pointed out while she did not have a coalmine in her electorate, she had 11 windfarms and 44 solar farms, with more in the planning stage. But she said the marginal seats in Queensland were “driving a lot of the activity in the campaign”.

Webster described Matt Canavan’s statement that the net zero 2050 target was dead as “provocative” and unnecessary, given the party room had “been there, done that”.

“Barnaby said it this last week, you know that we’ll be having the discussion in the party room again. One of my hopes is that we stick with what was agreed to because it matters in the long term,” Webster said.

Webster said she was by no means “a raving climate change enthusiast” but rather a pragmatist.

She said the moratorium on nuclear power should be lifted.

“Labor has shown no interest in going down that path. And I believe it’s the most honest conversation to have. You know, if we’re going to be talking clean energy, then let’s really genuinely talk all options.” 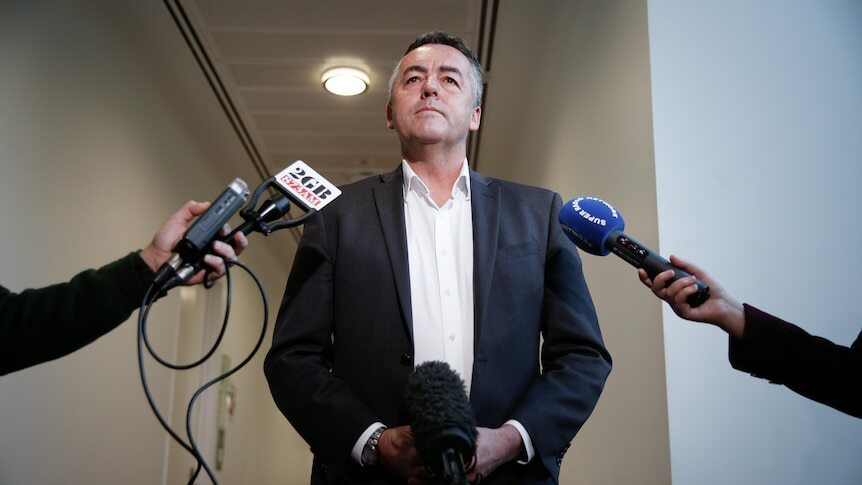 Darren Chester to challenge Barnaby Joyce for Nationals leadership, but plays down chances
The Victorian MP says "extreme" comments from some of his colleagues contributed to the Coalition's loss and the party needs…

ABC News
From analysis to the latest developments in health, read the most diverse news in one place.
David Littleproud declares he will challenge Barnaby Joyce for National party leadership

The Prime Minister will urge the Fair Work Commission to increase the minimum wage, while Liberal MP Stuart Robert says…