Anne McElvoy: We’re told NI will fund social care but this is a political marketing trick 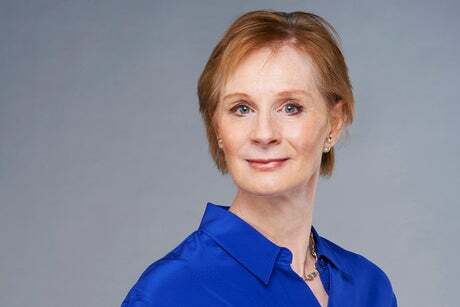 Reach the tender age of 16 and a brown envelope arrives on the doorstep of your home assigning a National Insurance number — our first encounter with taxes. Part of me itches to send it back to HMRC in the manner of the apocryphal recipient who wrote a note declaring: “This is an interesting scheme, but I have no wish to join it.”

The row currently roiling the Conservative Party on plans to fund long-overdue social care reform from a rise in National Insurance rests on the mysterious nature of “NI” and its position in the tax, welfare and pensions system. Its precise function is elusive, even to the majority of us who pay it and that is not incidental in the new controversy engulfing the Government, as it announced a hike in NI by about 1.25 per cent — raising extra cash to fill a terrible gap in social-care provision for the elderly and adult social care.

This is intended to raise (potentially) a hefty £12 billion with a message that this will be ring-fenced for health and social care — and pump £5.4 billion into an emergency NHS recovery fund to address waiting lists in cancer care and other postponed treatments in the Covid era. To address the obvious point that this is tough on younger earners — who will pay a lot more NI over their lifetimes than their parents — the Tories will need to take “ownership” of health and social territory which is historically Labour’s and where many advocates and staff are not natural allies.

It is a mighty gamble — and it might just work. But it is also an obvious sleight of fiscal hand. NI is intended to build up an entitlement to claim benefits, state retirement pension and to support us when we are not able to work. It is all a bit mystical-maths though. National Insurance cannot even keep up with future demands of pensions and welfare, let alone fund anything else. The Commons Library’s last report says as much in conceding that “the NI Fund is notionally used to finance contributory benefits, but in years when the Fund was not sufficient to finance benefits, it was topped up from general taxation revenues”.

Notionally is the word to watch. It means that any talk of hypothecating “elderly care insurance” is largely a political marketing trick to make the tax rise more palatable. It all relies on the same tax and revenues pot as everything else in public expenditure — because NI does not raise enough to fund what it promises. In a job market in London where wages are higher than the UK average but living costs are a lot more demanding, it is also an extra burden on young workers scraping to get on the housing ladder.

In a Cabinet meeting today, the PM will remind doubting colleagues that NI was raided by Tony Blair deployed in the early 2000s to boost health spending without breaking tax pledges. And he will say that NI is that it is paid both by employers and employees — which can be spun as a fair division of fiscal labour. Changes are coming to the “triple-lock”of pensioner benefits too. So the pain will be shared around.

Later he will hold a press conference with the “holy trinity” of Health Secretary Sajid Javid and Chancellor Rishi Sunak, who bore the brunt of concern about backlash last night at a reception for MPs, during which he was, as one put it, “put in a headlock” from the Right on those who think this will kill jobs and from the Left of the party worried about the generational inequality.

This three-line whip underlines the importance of today’s announcement and also Johnson’s determination to co-opt his Cabinet. It also signals a laudable determination to confront an issue which has been dodged and ducked by governments for a very long time. In a better political scenario, he wouldn’t have made himself hostage to fortune with a pledge against tax rises. But the pandemic, he will claim, means resetting the clock on promises and a noisy upcoming debate with Labour will smoke out Keir Starmer’s equivocations.

On this calculation, the public, while grousing and reaching for the calculator and an aspirin, will grudgingly respect the Johnson-Sunak-Javid trio for taking the needs of the NHS and social-care system seriously.

It is a decisive moment for a flighty PM — his first attempt at making a serious argument to voters about tax and spending, with winners and losers. A long way indeed for sloppy slogans on health spending on the side of a bus. Reality bites.

Anne McElvoy is senior editor at The Economist

What do you think about the National Insurance hike? Let us know in the comments below.