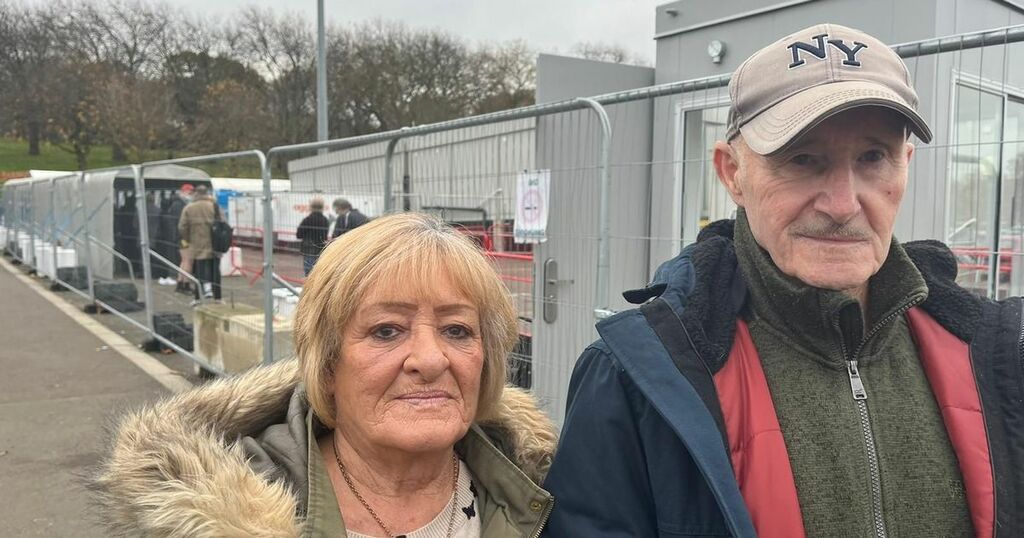 Queues of people forced to wait more than two hours for Covid vaccination jabs despite having an appointments has sparked anger with some describing the scenes as "unacceptable".

A number of people have reported problems at the Forest Vaccination Centre at the Park and Ride, with some who have tried to get walk-in appointments having to wait in the rain for more than an hour.

Now, some of those who were forced to wait after booking appointment have slammed the huge queues, with some reporting being made to wait for two and a half hours - and others deciding to just go home rather than wait for that long.

But Nottingham and Nottinghamshire CCG has urged people to continue to book in for their jabs at one of their over 50 sites across the city in the lead-up to Christmas.

Michelle Broutta, 63, from Ollerton, had her booster jab booked for 12.05pm, but was left waiting outside in the cold until she finally got her jab and left just before 2pm.

"We were outside in the freezing cold for the rest of that. There were no toilet facilities during that time. The walk-ins were causing the problems and while I think they should be done, they need to do them separately.

"There's going to be some people that don't get the vaccine at all because of this."

Meanwhile, 62-year-old William Taggart, a part-time courier from Sherwood, decided to go home rather than wait to honour his appointment after learning he may be waiting more than two hours.

"It's unacceptable," he told Nottinghamshire Live.

"I had to leave as I had to get back to work. There isn't enough capacity for everyone, it's a disgrace."

Nottinghamshire Live spoke to those who were queueing for their jabs on Tuesday, November 23, who also reported long waits before they were seen to.

A retired couple from Arnold had waited for over an hour to get their booster despite securing a time slot.

“I just don’t think it is well organised.

“And it is very difficult for the elderly people to be waiting in the cold for so long.

“I think it should be appointments only.

“It might put people off from getting the vaccine.”

Retired William Bakewell has also added: “I was surprised that we had to wait for so long.

“It could be better, but there are worst things in the world.”

Self-employed John Griffiths, of Wollaton, said he has waited for almost two hours in the queue.

The 63-year-old added: “It is disgusting.

“People have jobs - we can’t be waiting here all day.

“It is a nightmare.

“Now I have to rush to work because it took ages to get the booster.

“It will put people off from getting the vaccine for sure.

“It’s not on. They should do better.”

Nottingham and Nottinghamshire CCG spokesperson said: "We are pleased the public are keen to be protected over the winter months ahead. Some of our sites are experiencing queues and we are grateful for the public’s patience as our staff continue to work very hard to vaccinate as many people as possible.

“We would like to remind the public that we have more than 50 sites across the city and county offering vaccinations.

"We have more than 10,000 appointments available to book at pharmacies and our larger vaccination sites over the next few weeks and we would encourage anyone over 40 to book an appointment on the NHS website or by calling 119.”