The 95-year-old monarch, who is reportedly helping to foot the bill for the cash-strapped Andrew's settlement, also saw her elder son and heir Prince Charles embroiled in fresh controversy over a "cash for honours" scandal.

Police in London said they were investigating claims that an aide to Charles offered UK honours and even citizenship to a Saudi tycoon, in return for donations to Charles's charitable foundation.

The office of the Prince of Wales reiterated that he "had no knowledge of the alleged offer" by Michael Fawcett, who for decades was one of Charles's closest confidants.

The revelation came a day after Charles's younger brother Andrew settled the lawsuit brought by US accuser Virginia Giuffre, sparing him the public humiliation of a trial.

Details of the deal were not made public, and Andrew's representatives told AFP they would not comment on the contents.

The Daily Telegraph put the settlement at a whopping £12 million ($16.3 million, 14.3 million euros) -- £10 million for Giuffre and £2 million to a charity for victims of sex trafficking.

The newspaper said the money would come from one of the private estates belonging to Queen Elizabeth.Commentators demanded transparency on the source, in case the British taxpayer ends up on the hook.

'Swept under the carpet'

"I just think it's awful that it's all been swept under the carpet, as if it never even happened," Yasmine Ollive, a 34-year-old account manager, said in London.

After other controversies over Prince Harry and his wife Meghan Markle, she said that if the royals "keep on carrying on with the things that they're doing, then it could be the end of them".

Giuffre, 38, has said she had sex with Andrew when she was 17 and a minor under US law, after meeting him through US financier Jeffrey Epstein.He took his own life in prison while awaiting trial for sex crimes.

The prince, 61, has not been criminally charged and has denied the allegations.

Mark Stephens, a media specialist at law firm Howard Kennedy, told AFP that Andrew had "preserved some measure of dignity for the wider royal family" by agreeing to settle.

But, Stephens added, "he's not going to see the light of day in public service ever again".

The scandal hanging over Andrew has threatened to overshadow the queen's Platinum Jubilee this year, marking her 70 years on the throne.Any jury trial could have coincided with nationwide jubilee celebrations due to take place in the summer.

The queen on Wednesday resumed in-person meetings, having isolated for a week after Charles and his wife both tested positive for Covid-19, suggesting she has avoided the disease.

British media called on Andrew to withdraw entirely from public life, after he was already stripped of his honorary military ranks and the title of "His Royal Highness".

"Andrew is finished -- undone by his insufferable arrogance, entitlement and staggering naivety," popular tabloid The Sun said in its editorial.

"He must retreat entirely from public life and live out his retirement in ignominy."

Opposition Labour MP Rachael Maskell demanded that Andrew also lose his Duke of York title to show "respect" for the people of the northern English city, which she represents.

The staunchly royalist Daily Mail said in its front-page headline that there was "no way back" for Andrew, who withdrew from royal duties in 2019 after a widely panned BBC interview.

Inside, the paper slammed Andrew for a "vile smear campaign" against Giuffre.

British commentators and social media users also mocked Andrew for claiming he had never met Giuffre, querying why he had agreed in that case to settle for such an apparently large amount.

Many pointed to a photograph of the pair together when she was 17. His lawyers had questioned the authenticity of the photo, which also showed socialite and Epstein friend Ghislaine Maxwell.

In December, Maxwell was convicted of recruiting and grooming young girls to be sexually abused by Epstein. 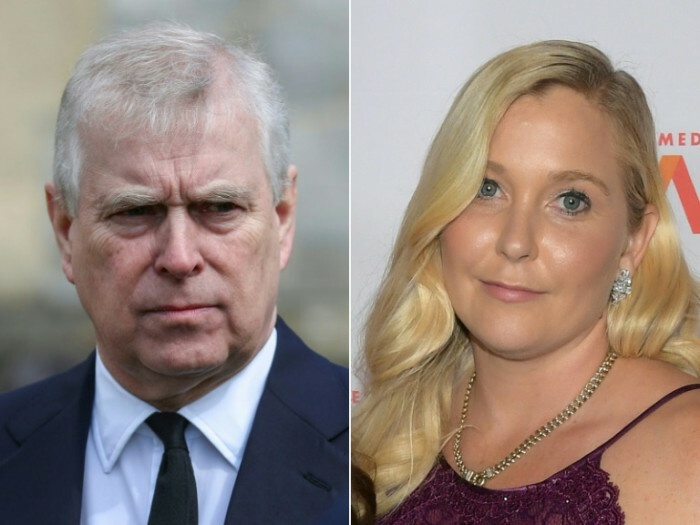 Court documents show the Duke will make a 'substantial donation to Ms Giuffre's charity in support of victims' rights'.

Liverpool Echo
One subscription that gives you access to news from hundreds of sites
The Loop: Prince Andrew and Virginia Giuffre reach settlement, Alec Baldwin sued over shooting, and 'cautious optimism' in Ukraine