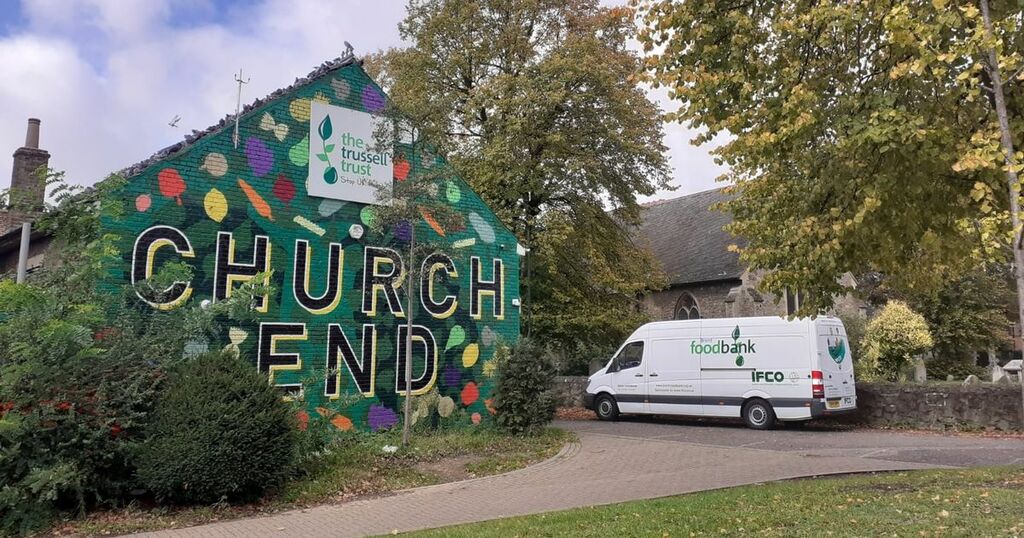 A van that was packed full of food for hungry families has been stolen from outside Brent Foodbank's Neasden Centre.

Brent Foodbank revealed on Twitter that they took the 'massive blow' just before midnight on Wednesday.

Thieves made off with "potentially a months worth of food for people" and a member of staff called the incident a "kick in the stomach".

They told the Mirror that this was the foodbank's only van, and the vehicle was an integral part of the foodbank's operations as it was used to pick up and drop off supplies, and also to store food when they ran out of space.

The spokesperson said that in the last financial year, an estimated 16.5 thousand people had used the foodbank, up from five thousand the year before, and roughly equates to over 300 people a week.

This means that since 2019, the number of people relying on Brent Foodbank tripled.

In a statement on Twitter, the foodback said: "I am very sad to report that our food bank van was stolen just before midnight last night right outside our Neasden Centre.

"I’m even sadder to say that it was full of stock that should have been given to people needing emergency food parcels over the coming weeks.

"This is a massive blow for us as you can imagine. If anyone has any information, please do get in touch and details of how to donate can be found at https://brent.foodbank.org.uk/give-help/donate-food/…. Thank you as always for your continued support."

It comes after pandemic saw a national increase in the use of foodbanks with organisations preparing to hand out six emergency parcels a minute to desperate Brits last autumn.