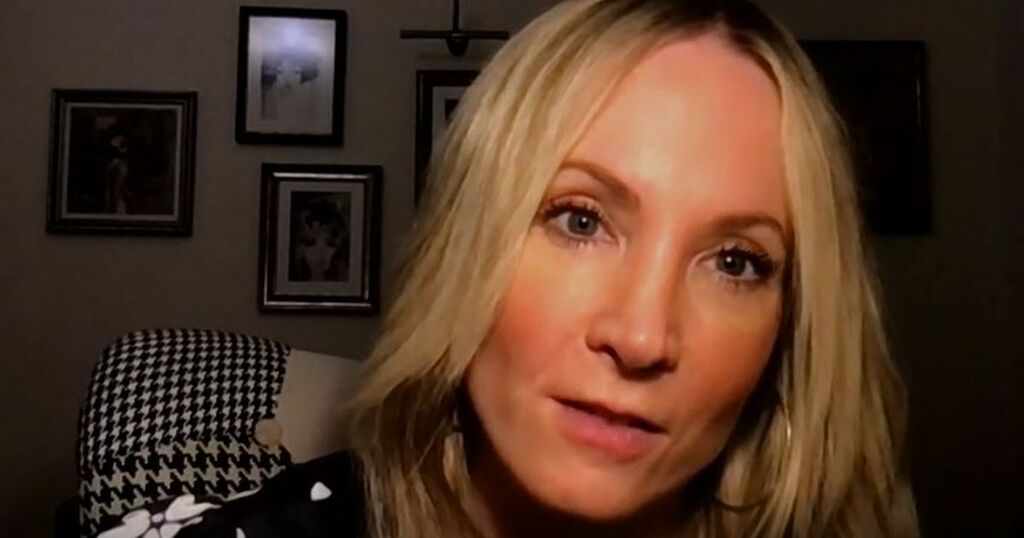 TV star Joanne Froggatt has called for education on domestic violence to be taught in schools after doing her research for new ITV thriller, Angela Black.

Joanne, who rose to fame in Downton Abbey, appeared on The One Show to talk about the show, which starts this Sunday, October 10, and is about a couple whose life is seemingly idyllic, but in reality, is violent.

Host Sam Quek asked the actor what research she undertook in approaching the role and Joanne admitted she was 'surprised and saddened' by a lot of things she learned while preparing.

"I'm always very quick to put across that we are making a piece of entertainment and it's a thriller, and it's a real edge-of-your-seat thriller," she said. "We're not saving lives, but what I hope for is that the people can see this subject matter and maybe through different eyes that can open up conversations in people's living rooms. Maybe people can have empathy for people going through this...these sort of experiences."

She went on to reveal that the research she'd done had surprised her.

"I was really surprised and saddened by a lot of things," added Joanne. "One of the things that the younger generation...just the issue is not getting any better.

"I sort of presumed that teenagers, young adults would be in a sort of in a better space in terms of domestic abuse, coercive controlling relationships. But it doesn't seem to be the case, it seems to be just as prevalent, if not more, so.

"So that kind of struck a chord with me. And I thought why is that? Why are we not educating our children? "We give them sex education in school? Why are we not educating them about relationships and behaviour? And how to handle your emotions and how to keep an eye out for behaviours that might be negative, or you know, or disruptive in your life?"

Angela Black is written by the same team behind The Missing and Baptiste and also stars Game of Thrones' Michiel Huisman.

You can watch the show from Sunday, October 10 at 9pm, ITV.