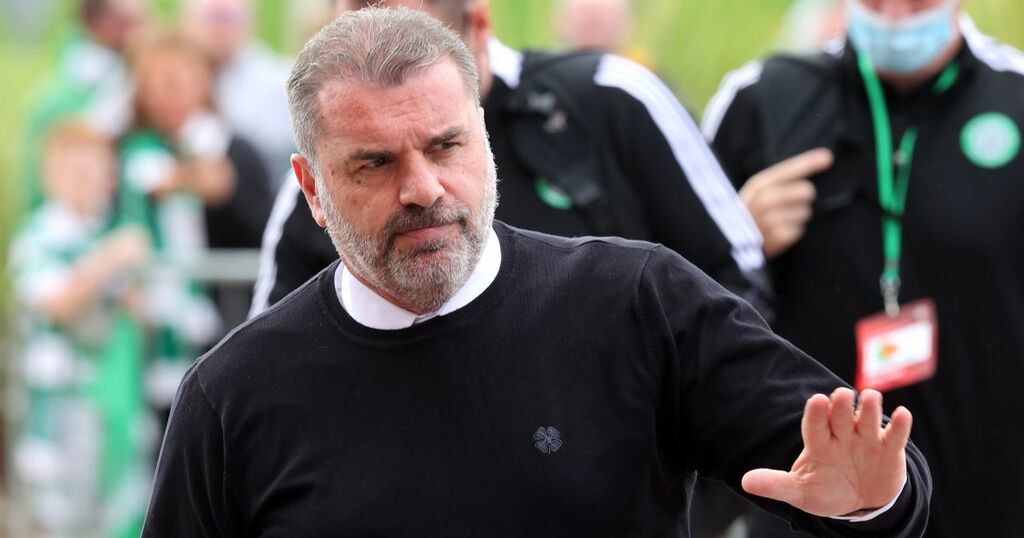 Ange Postecoglou insists the departure of Dominic McKay was a shock but hinted the outgoing chief executive may not have been the man who sold him on a move to Celtic.

The Hoops boss was relieved to see a second-half strike from new loan-Bhoy Cameron Carter-Vickers’ and a double from Albian Ajeti to finally claim the points against Ross County and admitted he already has a strong working relationship with Michael Nicholson, who’ll take the reins on a temporary basis.

Signs of discontent over the boardroom drama was also on show despite the emphatic result, the Green Brigade’s banner unfurled before kick-off read, “A Board Like No Other.’

But Postecoglou believes it’s healthy for the voice of the fans to be heard and listened to by club officials who are just passing ambassadors.

He said: “We have to be careful with the narrative of who brought me to the club.

"I was surprised as anyone that Dom resigned but I am going to be respectful of him and his family. When people cite personal reasons, there’s reasons for that.

"Michael is now in charge and that’s good because I already know him.

“We are all transient figures at this great club. The constant is the fans and they expect us to get on with it. I’ve done that throughout my career and will continue to. Everyone is allowed to express opinions in whatever way they choose to.

"Our job is to send the 60,000 here home happy and the millions around the world. Sometimes it’s good to be kept on your toes and I am sure our supporters will do that.”

Postecoglou admits his side may hard work of their win but was pleased to introduce new boys Carter-Vickers into his line-up.

He said: “I’ve got to keep things in perspective. We’re giving guys debuts and it was Albian’s first start so we’re nowhere near as fluent as we can be.

"Cameron looked really assured out there which was great and Jota looked good in parts, it’s very easy to start chasing the goals but he maintained his discipline and hit the same areas we wanted him to hit and he got his rewards.

"In these games, if you don’t score early it gives encouragement to the opposition and they hung in there and defended well at times.

"We overdid things towards the back end of the first-half but I thought after half-time we got back to being disciplined.

"We knew at some point we’d be able to break them open and the pleasing thing was that we did that trying to play our football rather than doing different things.”

Celtic will face Real Betis in a Europa League clash in Seville on Thursday and looks certain to be without full-back Greg Taylor who had to be replaced with a recurrence of the shoulder injury which has troubled him in recent weeks.

Postecoglou admits it’s a blow to for a player who will be assessed over the next few days.

He said: “Greg had two weeks of rehab but it looks like the same shoulder again. It’s a bit of concern for him that he’s re-injured it but we’ll leave that to the medical people.”

Anthony Ralston was missing against County but the Hoops boss hopes to have the defender on the plane to Spain.

“Tony’s good, he’ll be available for Thursday. He’s been back in training for the last couple of days and will be ready to go.”

Ajeti’s first and second goals of the season could be the start of the Swiss striker making a lasting impact on the side but he’s adamant he had nothing to prove and was just glad to play his part in a win.

He said: “No, I had nothing to prove because I have been training very well and working very hard every day so I don’t need to prove anything to anyone.

“If I play and get starts in games then I will score. We play with high intensity and high pressing where we create many chances and we will always score lots of goals. It doesn’t matter who scores but if we have the chances then I’ll be there to score the goals.

“I am happy about any start I can get at Celtic. The performance was important for us and we performed as well as we have for the last couple of weeks.

“We did a lot well today and I’m happy to help the team with goals in what was a tough game.”