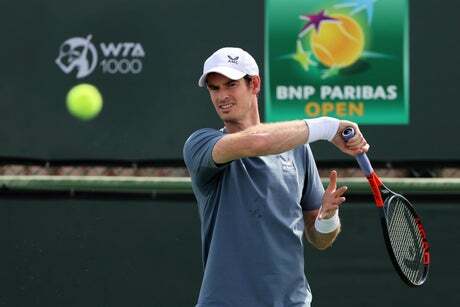 Andy Murray believes the Covid lockdowns might have aided Emma Raducanu’s cause in her stunning rise to her breakthrough US Open title.

Raducanu returns to action on Friday for the first time since winning at Flushing Meadows in the second round of Indian Wells.

The level below the WTA Tour where the teenager would have been expected to play was effectively scrapped during the various international lockdowns.

And occasional hitting partner Murray said that absence of competition might have helped her progression rather than hindered it.

He said: “The last 18 months prior to the grass season and Wimbledon she didn’t compete a whole lot, which in some ways allowed her to make some technical changes to her game and develop.

“Usually around that age, 17 and 18-year-olds are competing a lot. They are on the junior tour and drip feeding into senior tournaments as well. Maybe that period gave her the opportunity to fix some technical issues in her game. She does seem to have improved her serve and forehand.”

The spotlight has been on the 18-year-old since her return to American soil this week, with expectations understandably high over her level of performance.

But Murray warned Raducanu’s rivals that, at 18, she had the potential to get infinitely better as a player.

“Often what separates the elite athletes from that level just below is that ability to learn quickly and process information,” he said. “Not everyone can do that but the top players and really elite athletes are able to do that.

“I haven’t spent loads of time with her on a tennis courty but it wouldn’t surprise me if she picked things up extremely quickly.”

Like Raducanu, Murray returns to action on Friday having been given a wildcard into Indian Wells. Teetering just outside the world’s top 100, he argued he was fully deserving of that call-up at the expense of other players.

“I’d rather get in by right obviously but then I could also argue that the three years I was out injured, I would have rightfully been entered in all of these tournaments.

“I think after what I have gone through the last three or four years and what I had achieved in the game beforehand, I don’t feel like I need to justify the reasons why I should get wildcards.”