Andy Murray and Emma Raducanu have both learned who they will take on in the opening round at Wimbledon if injuries don't rule them out at the last minute. Murray and Raducanu participation in the grass court event remains a question mark, with both suffering setbacks in the build-up.

Murray looked to have prepared perfectly for his home Grand Slam tournament, after playing some superb tennis in the recent Stuttgart Open to reach the final. As has often been the case recently though, the Brit suffered an injury setback during his final defeat to Matteo Berrettini.

Similarly Raducanu’s Wimbledon prep has also been hampered by injury, after the teenage star was forced to pull out of her round one clash at this month’s Nottingham Open against Viktorija Golubic after just seven games, after sustaining a side injury.

The 19-year-old called for medical assistance just minutes into the clash, before eventually making her way off the court in her second in-match withdrawal in three tournaments.

Whether the two British stars compete at their homecoming Grand Slam event remains to be seen, but if they do the pair - and their fans - now know who they will be up against.

With the famous SW19 tournament growing ever closer the draw for the opening round of fixtures has been decided. On the men’s side of the draw, Murray will take on Australia’s James Duckworth to kick off his hunt for a third Wimbledon title.

In the women’s draw Raducanu learned her fate, as she faced a tricky task against Belgian star Alison van Uytvanck. Other notable draws on the 19-year-old’s side of the tournament includes seven-time singles champion Serena Williams making her return against Harmony Tan, whilst world No. 1 Iga Swiatek will take on qualifier Jana Fett.

Back to the men’s singles draw, and defending champion Novak Djokovic will kick off his week at SW19 with a clash against Kwon Soon-woo, whilst Spanish hotshot Carlos Alcaraz will take on Germany’s Jan-Lennard Struff.

Alcaraz’s fellow Spaniard Rafael Nadal will kick off his hunt for the 2022 Grand Slam - after clinching this year’s Australian and French Open titles - with an opening round match against Francisco Cerundolo of Argentina. Like Murray and Raducanu, Nadal himself as he suffered from fitness issues heading into this year’s event. 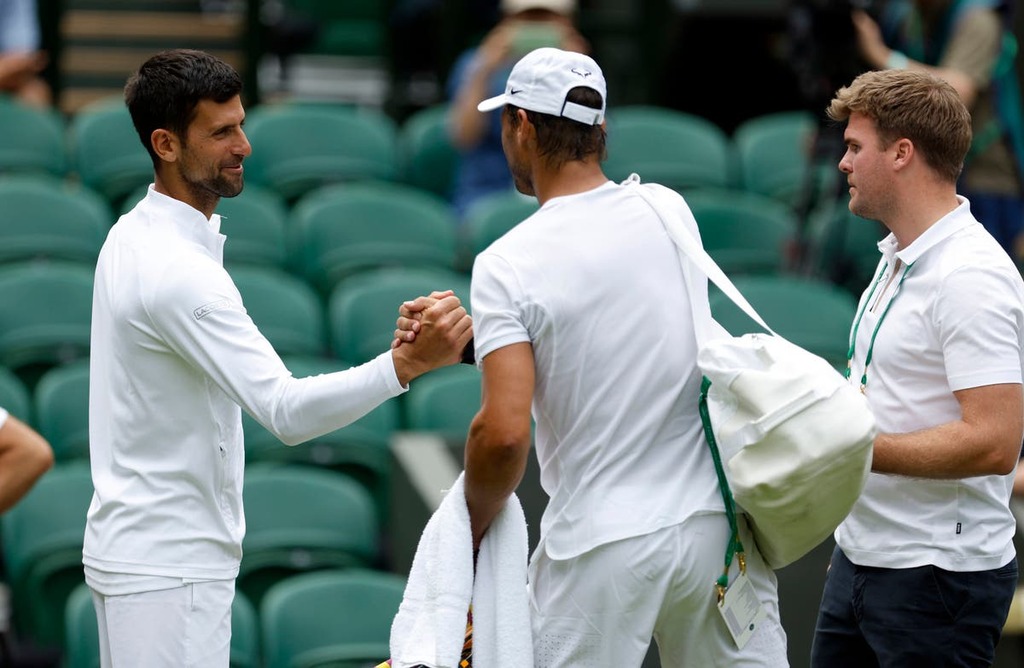 The Independent UK
From analysis to the latest developments in health, read the most diverse news in one place.
Wimbledon draw: Emma Raducanu handed tough first match as Andy Murray faces James Duckworth

Andy Murray will face James Duckworth in the first round of Wimbledon after avoiding a seeded player in the draw.