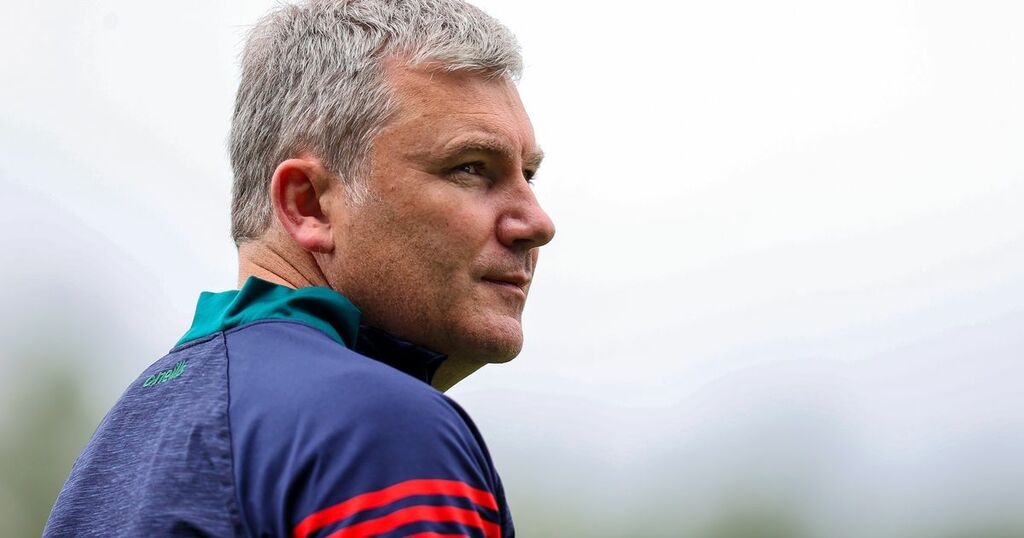 The greatest ailment that the football Championship suffered from over the past number of years was the lack of variety.

Dublin dominated and it seemed inevitable that Kerry would eventually take over from them and start rattling off titles.

But both semi-finals have defied expectations. After a pair of absorbing contests, the two fancied teams have been sent tumbling and we have a novel final pairing that the game has badly needed.

Over the years, my preparation for finals, and that of the team, evolved pretty dramatically.

In 2004 and ‘06, there was a lot of hoopla and euphoria about us being back in the final. There were open training sessions and the like.

I remember in 2006, one sports goods manufacturer was throwing boots at us to wear in the final and a few quid to go with it. That was the type of nonsense we were getting caught up in - boot deals rather than the task at hand.

Even from 2012 and ‘13 to now, James Horan has changed. There was a very slimmed down press event before Mayo even knew who they were playing in the final. Nothing comes out of the camp. No rumours doing the rounds.

The language is different, whether it be about the opposition or whatever. Everything is process-driven.

Horan has been through so many finals now, I think it gives Mayo a significant advantage over Tyrone and Brian Dooher and Feargal Logan. It may even prove to be the difference.

In the build-up to finals, I used to hand my phone to Jennifer, my wife, and let her deal with my social media. I’d go out and buy a bog standard phone for €25, stick a fresh sim card in it and only those who really needed to be in contact with me could reach me.

That cut out any hassle about a multitude of issues, like tickets, that you could be hit with in the run up to the game. I wouldn’t even go in to work unless it was absolutely necessary. It might seem a bit over the top but I felt it worked for me.

By now, both camps will have pored over their own semi-finals and will focus over the next week on how they will take down the opposition.

A four-week break helps Mayo with some injuries that they have, while they will have also cleared a lot of the formalities that go with being in a final out of the way that bit sooner. It could be a bit of a logistical nightmare for Tyrone in that respect.

On the other hand, four weeks is a long run-in from a training point of view and a difficult one for a manager.

Tyrone just need to focus on recovery and sharpening their skills so soon after such a big game. The players won’t have time to pat themselves on the back for what they did against Kerry. Similarly, those that didn’t play so well have to get on with it; they can’t be moping.

But it’s all about the next seven days now. Whether Padraig Hampsey or Aidan O’Shea climb the steps will likely be determined by who makes best use of them.

What a summer of football

If ever province needed a shot in the arm, it was Leinster and with Meath winning the All-Ireland minor crown along with Offaly’s under-20 success, it’s the first time that both underage titles have gone east in the one year without Dublin having won at least one of them.

And now we have a unique senior final pairing with Tyrone and Mayo both going for just their fourth titles ever. It’s all added up to a very unpredictable summer of football.

And it’s provided a great backdrop to the decade ahead. Can the likes of Meath and Offaly back up their underage successes and start reeling the Dubs in in Leinster?

Can Mayo and Tyrone build on their victories over the big two to ensure that this year isn’t some sort of aberration?

Can Kerry bounce back and develop into the team that we all expect them to be?

Then you have other challengers like Derry and Armagh emerging. Who knows, there may yet be more.

Mercifully, a bit of uncertainty seems to have been injected into the game.

Let’s see how it pans out but, from this remove, the foundations for a much wider level of competition in the coming years have been set in 2021.

The performances of the likes of Kieran McGeary, Peter Harte and Conor Meyler may have been widely hailed last Saturday, while David Clifford effectively wrapped up his third All star with another virtuoso display.

But there’s been little mention of Tom O’Sullivan’s performance, particularly in the first half, which was as good as anything I’ve seen of late.

Maybe marking Clifford in training is honing his defensive skills but he limited Tyrone dangerman Darren McCurry to just three possessions in the first half and, from those three, he turned him over twice.

McCurry stuck to his task and popped up with two fine second half points but it didn’t diminish O’Sullivan’s display, which was one of the best from a defensive point of view that I’ve seen in 2021.

I expect that Peter Keane will fall on his sword but how culpable is he for Kerry’s loss to Tyrone?

Should Kerry have won? Of course they should have. For me, they are the most talented team in the country.

But management can only do so much. Keane set the team up this year to go for the jugular. They were scoring hatfuls of goals but they dried up last Saturday.

They created the chances but they weren’t taken. The standouts were Paul Geaney’s and Sean O’Shea’s incomplete handpass to David Clifford, but there were more besides.

Other big moments - Tommy Walsh missing a tackle on Mattie Donnelly in the run up to Tyrone’s second goal, Kerry failing to capitalise on two black cards, Paudie Clifford missing a fisted point effort. Can Keane be blamed for all that?

Of course, he needs to take responsibility for not identifying how Tyrone would go about their business and counteracting it but he and his management team most definitely provided the team with opportunities to win the game.

It probably won’t be enough to save him but it shows how fine the margins can be.