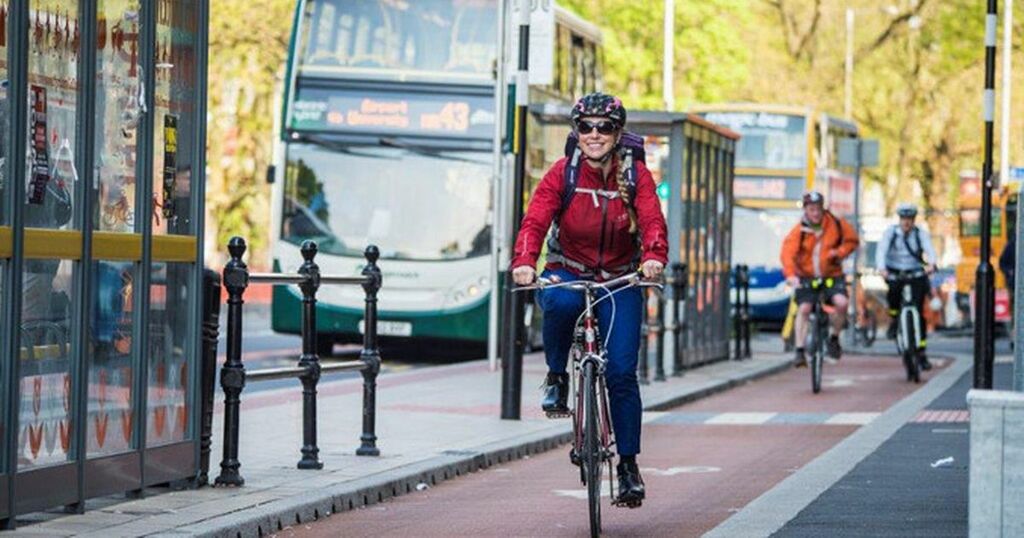 Andy Burnham and fellow Greater Manchester leaders have called on the government to support the early delivery of the city-region’s Bee Network.

Buses will be brought back into public control and will combine with trams, cycling and walking routes to form a seamless London-style integrated public transport system.

Greater Manchester is bidding for up to £1.4bn in government funding to realise its vision, seen by Mr Burnham as the ‘most convincing illustration of levelling up so far ’.

READ MORE: 'The regret is there' - Inside the coronavirus intensive care unit where every patient is unvaccinated

The mayor says this would allow the region to accelerate the introduction of a single ticketing system for buses and Metrolink by 2024 - a year earlier than originally planned.

Major infrastructure projects such as extensions to the Metrolink and new interchanges in Stockport and Bury would also be given a financial boost.

The money sought by Greater Manchester would come from a new £4.2bn intra-city transport settlement for regions across England from 2022/23 to 2026/27.

Mr Burnham told Greater Manchester Combined Authority colleagues on September 10: “We make comments at times about the government’s devolution agenda going a bit cold, but it’s not in this space.

“This is potentially quite exciting for Greater Manchester, it could really help deliver our ambitions for the Bee Network.

“We want this to be the foundation of a proposal to a wider levelling up deal with [the government].

“That is the most convincing illustration of leveling up that has been produced so far.”

A single 20-minute bus journey from Middleton and Manchester city centre can cost £4.50, compared to the £1.55 hopper fare in London.

The capital has twice the volume of buses per head compared to Greater Manchester, and the Underground's trains have 20 times the capacity of Metrolink trams.

According to Mr Burnham two thirds of Greater Manchester don't live within walking distance of a frequent bus, tram or tail service, and one third don't have access to a car.

The mayor added: “Half of all trips in our city region are less than two kilometres, and, shockingly, four in 10 of those trips are currently made by car.

"These habits are stagnating our economy, polluting our air and holding us back from realising our potential.

"Delivering the Bee Network is a once-in-a-generation opportunity.

“We are asking the government to give us the money and powers we need to get the job done as quickly as possible."

In April the Treasury awarded Greater Manchester £8.6m to help build their case for support through the Intra-city Transport Fund

As well as the Bee Network the money would also fund the decarbonisation of bus and taxi fleets, the regeneration of town and district centres and local transport schemes aligned with HS2.

“For one sixth of the cost of Crossrail, we will deliver phase one of our Bee Network plans by 2026 and make public transport a much cheaper, easier and more attractive alternative to the car.

“It’s not being melodramatic to say that our future prosperity depends on these plans.

“Happily, our public transport ambitions mirror those of the national government and the levelling up agenda so we’re confident that the vision we’re putting forward for government funding will be successful.”