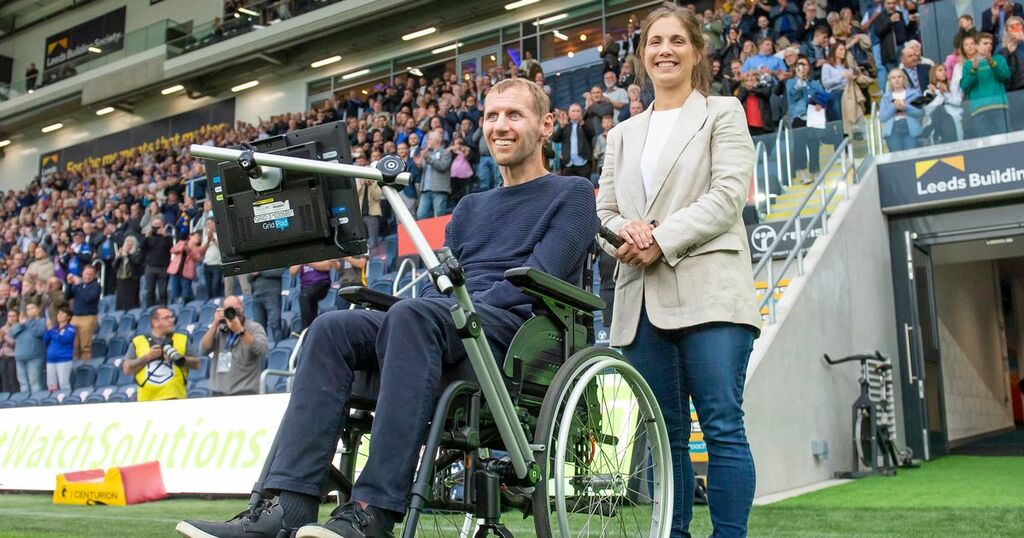 Andy Burnham has urged the public to throw their support behind Rob Burrow as much as possible after revealing he will be running Sunday's Great North Run in support of the Leeds Rhinos superstar.

The Mayor of Greater Manchester will wear bib number one in Sunday's race in Newcastle, which is one of the highlights of the sporting calendar.

Burnham declared Burrow the 'true King of the North' and revealed he was moved to tears by Burrow's documentary, Rob Burrow: My Year With MND, which has been shortlisted for a National Television Award.

He told the BBC: "I got an unexpected message from Rob who was asking for me to vote for his documentary. I said of course, but I wanted to get home and watch it first. I was watching it on Sunday morning crying my eyes out, and wondered what on Earth I could do after that. Honestly, what an incredible film.

"So I went for a long run to clear my head and Brendan (Foster, founder of the GNR) has asked me to do the race, so I'd better get out there and do some training.

"And it was when I was out there on my run that the penny dropped.. Brendan has asked me to wear number one in the race, and I've therefore got to do this race for a true King of the North, Rob Burrow.

"So I'm running the Great North Run for Rob Burrow and we're raising funds for the Rob Burrow centre for Motor Neurone Disease at Seacroft Hospital. That's what I've decided to do."

Burnham also urged the public to back Burrow's documentary before voting closes on Thursday.

He said: "I've been following Rob and his family's story for a while. It feels to me that this is an important moment and everyone has been fantastic with the support to Rob and the girls, and I'm just hoping everyone votes for this documentary.

"Rugby league players like Rob never get the honours when they're given out, but this film deserves one. Let's crown the true King of the North in the next few days."