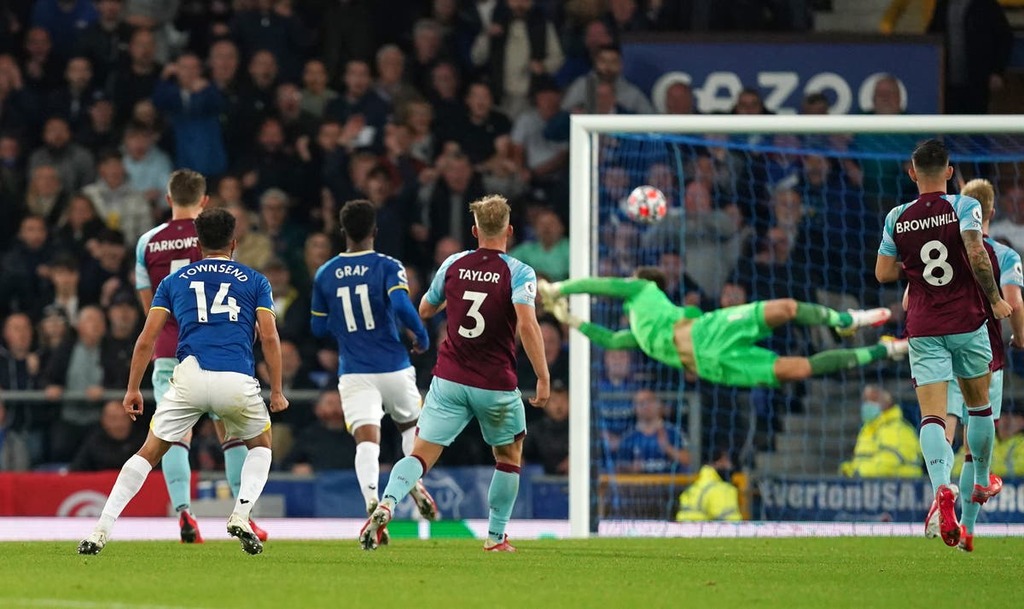 Rafael Benitez’s golden touch as new Everton manager continued as his side produced a remarkable comeback with three goals inside seven minutes to beat Burnley 3-1 at Goodison Park.

While the Spaniard’s two predecessors Marco Silva and Carlo Ancelotti struggled, and ultimately failed, to instil a spirit into the side which prevented them winning league matches from losing positions, the former Liverpool boss has done it twice in his first two home games.

But even a man who oversaw the miracle of Istanbul in the 2005 Champions League final would have had difficulty envisioning the method of this turnaround as his side looked battered and beaten after Ben Mee marked his 200th Premier League appearance with the opening goal in the 53rd minute.

However, within the space of 379 seconds – which included a tactical substitution and formation change – the hosts turned the match on its head via a Michael Keane header against his former club, a stunner from Andros Townsend and a clinical one-on-one from fellow new arrival Demarai Gray.

And all this was achieved without last season’s leading scorer Dominic Calvert-Lewin, who is likely to be out for at least two to three weeks with a broken toe and thigh injury.

Achieving one come-from-behind win, at home to Southampton on the opening day of the season, after all their previous problems might be considered fortunate.

To do it twice in successive matches points to something else; an engendering of resolve and resilience to dig deeper and fight for the shirt – something the Goodison faithful have felt has been missing for some time.

Abdoulaye Doucoure was at the heart of Everton’s best moments but the two new arrivals Townsend and Gray, brought in for a combined £1.7m in a bargain-buy summer transfer window, added a thrust and drive which has been lacking from the team’s wingmen in previous years.

Townsend’s goal was a strike of beauty, latching onto Doucoure’s pass to whip a shot over Nick Pope. Gray’s one-on-one finish was cool as you like and had the old ground rocking where, moments earlier, it had been groaning.

An attritional first half by Burnley had the desired effect of wearing their hosts down, although the Clarets could have been ahead before half-time with better finishing.

Uncharacteristically it was their aerial strength which let them down as Chris Wood failed to get enough of a head on an early Dwight McNeil cross and Mee nodded wide from a corner, while Josh Brownhill shot straight at Jordan Pickford.

Calvert-Lewin’s absence became increasingly noticeable as utilising Richarlison as a central striker against Mee and James Tarkowski just did not work with Everton’s tactics built around getting the ball forward quickly.

Doucoure produced the first genuine save of the game when he ran onto Townsend’s pass to force Pope to punch away but it was a rare foray into the penalty area and it was no surprise when Burnley took the lead just after half-time.

Everton failed to deal with McNeil’s free-kick and then Johann Berg Gudmundsson’s subsequent cross as Mee ran through a crowd of blue shirts to head home from close range.

But their fighting spirit eventually emerged in a crazy period kicked off by Keane powerfully flicking home a near-post header from Townsend’s cross.

Benitez immediately made a change to 4-3-3, withdrawing centre-back Ben Godfrey for midfielder Andre Gomes, and the match changed in an instant.

Doucoure featured heavily as first he picked out Townsend from the halfway line and the winger cut inside onto his left foot to lash home a brilliant, looping, dipping shot.

He then sliced Burnley apart with a through-ball to send Gray racing through to make it 3-1 and the Frenchman was only denied a deserved goal himself by an offside flag as Everton ran riot.

Another vicious Townsend attempt from distance was batted away by Pope while Gomes’s excuse for missing the target with a clear sight of goal can only have been over-excitement.

It is four matches unbeaten now for Benitez and victory lifted Everton into fourth but level on 10 points with Manchester United, Chelsea and Liverpool.