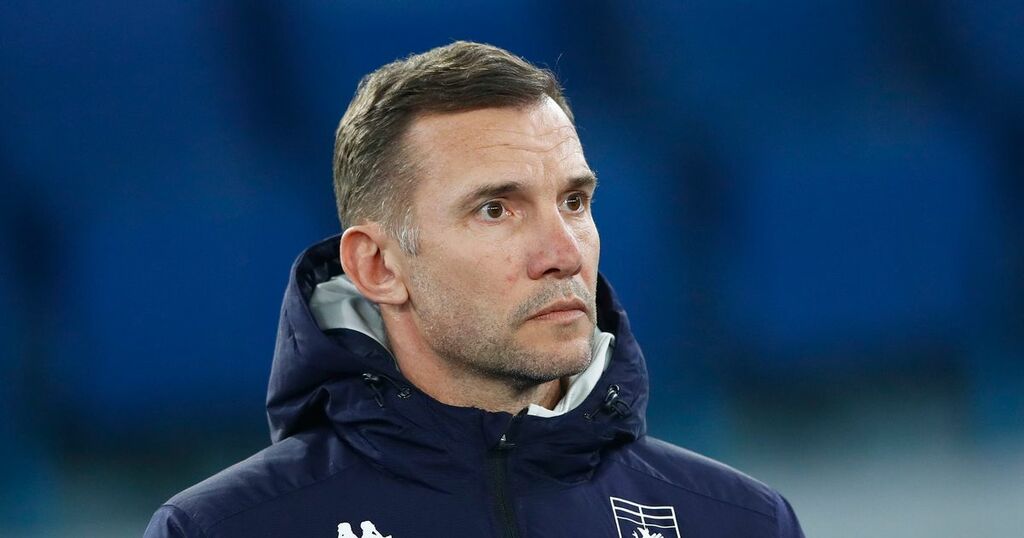 Andriy Shevchenko has been sacked as Genoa boss after just 11 matches at the helm after failing to win any league matches.

The former Ukraine international striker was only appointed at the struggling Serie A club 69 days ago but has managed to oversee just one win during a troubled tenure.

Prior to his appointment, Genoa had secured just one victory of their opening 12 matches in the Italian top-flight under Davide Ballardini.

Shevchenko was tasked with reviving the club’s fortunes and steering them clear of the drop zone but he departs with them five points adrift of safety and no on a 20-match winless Serie A run.

Last weekend’s home defeat to lowly Spezia proved to be Shevchenko’s final league match – which he missed after testing positive for Covid – before Thursday’s Coppa Italia exit against Milan.

HAVE YOUR SAY! Where does Shevchenko rank among football’s greatest strikers? Let us know what you think in the comments section below

It was ironic that Shevchenko’s final game at the helm was against the Rossoneri; the club where he had made his name as one of the world’s most celebrated strikers.

Yet the Ukrainian’s struggles as boss were highlighted by Genoa’s attacking struggles – they managed to score just five times in his 11 matches in charges, of which three games as consolation goals in 3-1 losses.

Genoa’s only victory under Shevchenko was in last month’s slender Coppa Italia victory at home to Salernitana – the sole side below them in the Serie A standings.

Despite respectable draws against Udinese, Sassuolo and, most notably, Atalanta – six defeats and a clear lack of firepower ensured a slump in results for the Rossoblu which Shevchenko could not arrest.

It had been thought that Shevchenko would be given more time at the helm after the club have already signed five new players in January to bolster the first-team squad.

The 45-year-old coach was previously in charge of the Ukrainian national team and he guided the team to the quarter-finals of Euro 2020 last summer.

Genoa’s decision to part ways with the boss comes just over two months after Shevchenko’s appointment following the club's takeover by US investment firm 777 Partners, as he replaced Ballardini at the helm.

The club’s confidence in the Ukrainian was highlighted by agreeing a two-and-a-half year contract through to the summer of 2024.

Two weeks after his arrival, Shevchenko lost his opening game in the dugout 2-0 against his former Chelsea boss Jose Mourinho, now in charge at Roma.

He made his name as one of the most prolific strikers in the late 1990s and early 2000s with blistering spells leading the line at Dynamo Kiev and Milan, before an unsuccessful switch to Chelsea in 2006.