The former Test captain has spent the last six months overseeing a high performance review for the England and Wales Cricket Board, launched in the aftermath of last winter’s Ashes thrashing, and has presented 17 recommendations.

Fifteen of those fall under the remit of the ECB and already have the required backing, but two key proposals involving a wholesale reorganisation of the county calendar need the support of at least 12 of the 18 first-class counties to go ahead.

Essex chief executive and interim chair John Stephenson also questioned if the proposals would improve the Test side.

“There are differing opinions on all of this and you can have huge debates on what makes a better Test player,” he told BBC Essex.

“In my opinion reducing the amount of red-ball cricket is not the way to produce better Test cricketers.

“Certainly from an Essex point of view, we wouldn’t want to see a reduction in the amount of championship cricket.”

Strauss’ panel advocate a reduction from 14 Championship matches per team to 10, with a six-team top division sitting above two secondary conferences who would play off for one annual promotion.

Games would be played more evenly throughout the season, rather than the current model that sees four-day cricket crammed in at the start and the end of the campaign, while the possibility of red-ball ‘festival’ matches during the August window for The Hundred is also mooted.

The Vitality Blast, a popular cash cow for several counties, would also be pared back from 14 group games to 10, with the Royal London Cup moved to April as a curtain-raising knockout tournament.

“We’ve got to be careful we don’t lose too many games,” Surrey head coach Gareth Batty told reporters at the Kia Oval after his side’s decisive triumph over Yorkshire on Thursday.

“I think it would diminish the emotion (of winning the title) a bit, because it’s built up over so long. Ultimately county cricket is here to serve an England team, but I just hope we’re doing it for the greater good of the game, and not to keep celebrity cricket alive.”

The overall reduction in days is intended to create time for more rest, coaching and analysis, creating more intense competition.

“If we want to be the best Test nation, we’ve got to make sure our players are playing enough red ball cricket,” Warwickshire director of cricket Paul Farbrace told BBC Radio 5 Live.

“My personal view would be that I’d like to see the three groups of six – that would be a really good way to go.

“That doesn’t necessarily mean at Warwickshire that we are going vote that way. There is a lot of work to be done to get to that stage but I do like the best versus best because that’s the only way we are going to compete and be the best Test nation in the world.”

But there is a clear financial implication at stake, fewer matches means less revenue, not only at the gate but also among the membership, who will effectively see less cricket for their money.

“If it was just high performance and you forgot the members and the finances then yeah go for it,” Surrey director of cricket Alec Stewart told BBC 5 Live Sports Extra.

“But it is a little bit bigger than that. In my opinion we must respect the members who pay their membership money to come and watch and support. The finances that makes the game happen, does it all balance up nicely?”

But Strauss, whose bold mission statement is to make England the best cross-format team in the world within five years, believes change is needed.

“The status quo is not an option. Everyone in the game is telling us this. We have listened, we must now act,” he said.

“I honestly feel this set of proposals can make a massive difference to the game. Of course anything in our domestic structure is very contentious and it’s for the game to go away, talk and debate.

“I think we can still do a lot of good without the final two recommendations, but I think they’re a good demonstration of the hard decisions we need to make as a game, and how serious we are in trying to achieve this ambition.”

Central funding for counties would also be linked to performance objectives, including providing players to the international pathway, and incentivisation for good quality pitches is also suggested.

A final decision on the structural changes should come by the end of November but the earliest they could be adopted is the 2024 season.

A statement from the Professional Cricketers’ Association read: “The PCA and majority of professional players agree that the current schedule is unsustainable and requires reform.

“The PCA and the players support the vision to make England the best team in the world across all formats.

“For this to happen, players need to be allowed space to grow and develop with appropriate rest and recovery to maximise performance and protect player welfare.” 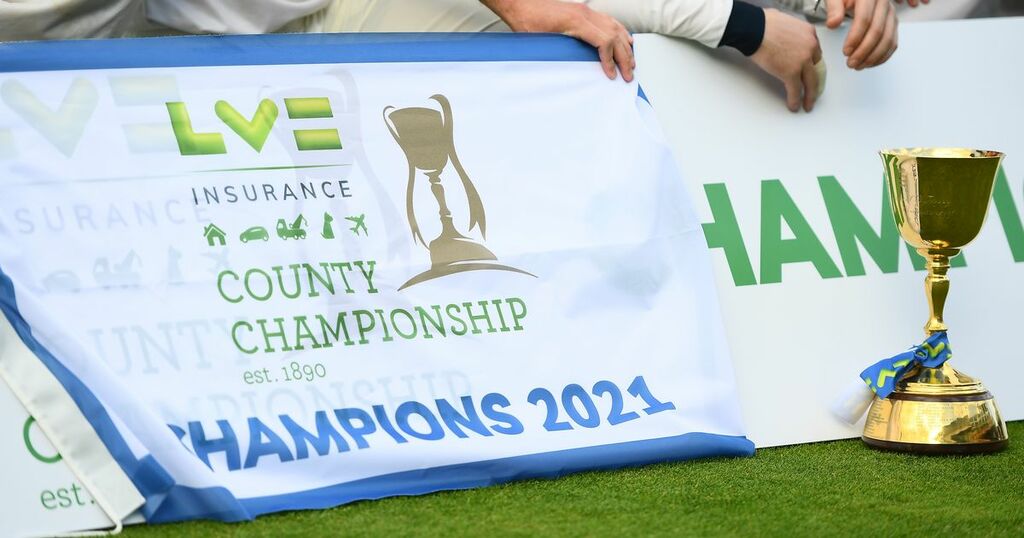 County chiefs slam ECB's proposed reforms as "unworkable" and raise "integrity" concerns
The chair of Sussex, Jon Filby, and the chief executive of Essex, John Stephenson, have both criticised the ECB's plans…

Daily Mirror
From analysis to the latest developments in health, read the most diverse news in one place.
Strauss faces backlash from counties over plans to cut cricket schedule

The Independent UK
One place to find news on any topic, from hundreds of sites.
Radical county cricket shake-up revealed as Andrew Strauss presents new proposal