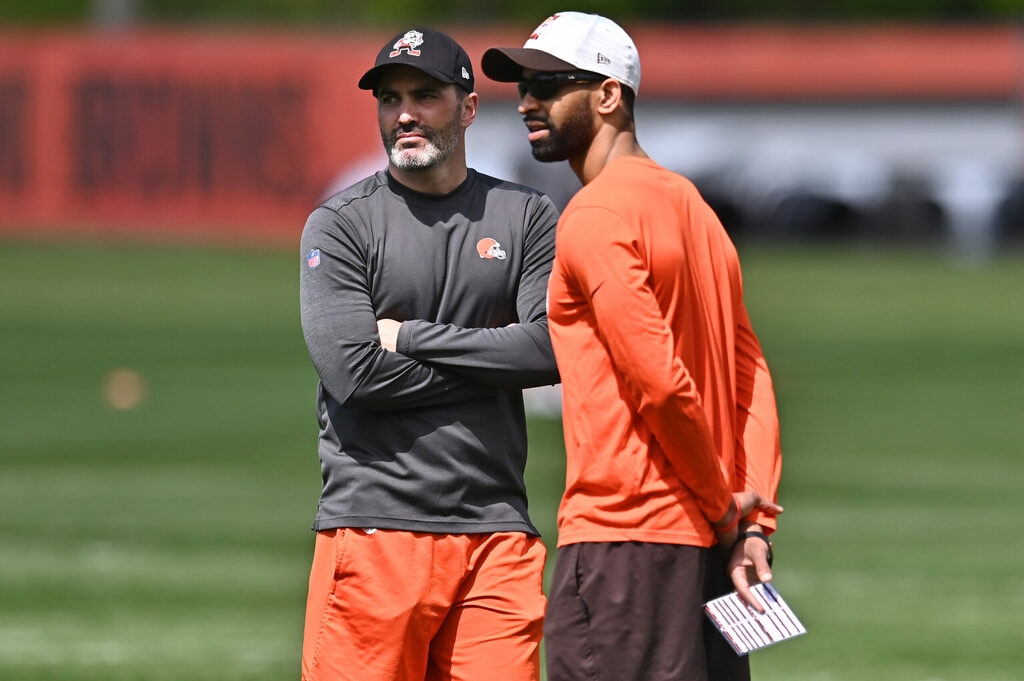 The Cleveland Browns and their fanbase believe they have finally found the right leadership for their franchise. Last offseason, the Browns set out to find alignment throughout the organization. First, the team retained Paul DePodesta. Then they hired head coach Kevin Stefanski. Finally, the team hired Andrew Berry as the general manager, the youngest in league history.

In one season, the newly aligned franchise turned chaos into calmness. Losing into winning. Despair into hope. Waiting into experiencing.

Behind quality moves from Berry in the front office and stable, creative coaching from Stefanski and his staff, Cleveland made the playoffs and defeated the Pittsburgh Steelers when they got there.

The 2021 offseason didn’t see the team resting on their laurels. Berry and company continued to be aggressive adding free agents and even moved up in the second round of the NFL draft to acquire Jeremiah Owusu-Koramoah.

While Berry noted, when he was hired, that “aggressive” was going to be his plan, it is actually his calmness, along with Stefanski’s, that defines the Browns now:

“I think a lot of people get into organizations or positions and they change who they are. And I think [Browns head coach Kevin Stefanski] and I took the approach that we’re disciplined but in a pretty laid-back way. We wanted to establish a culture of calm,” Berry said.

The idea of a “culture of calm” for a franchise that has lived in chaos is refreshing. It is not, however, surprising to Berry’s Harvard head coach Tim Murphy:

The “culture of calm” part of his response is important. Murphy said that he used to talk to his staff about Berry having a “preternatural calm to him.”

Like a man lost in the dessert seeking water, the culture of calm was much needed for Cleveland’s faithful fans.