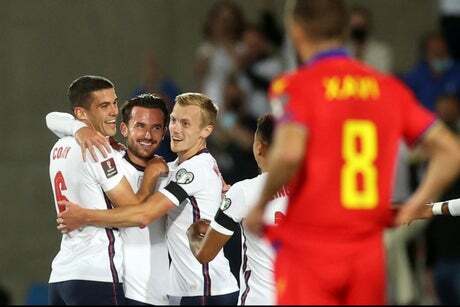 England are looking to move a step closer to qualification for the 2022 World Cup in Qatar as they take on Andorra tonight.

Gareth Southgate’s side beat the minnows 4-0 at Wembley during the last international break, though they struggled to turn their superiority into goals until late on on that occasion.

As with that fixture, Southgate is expected to give several of his fringe players the opportunity to impress this evening, despite the fact that the Three Lions only play twice during this international break.

That the game is going ahead at all is a relief, given the way preparations were disrupted on Friday by a fire at the National Stadium.

The broadcast gantry was engulfed in flames just hours after the Three Lions had been training at the stadium, with reporters watching on dumbfounded before the fire was brought under control.