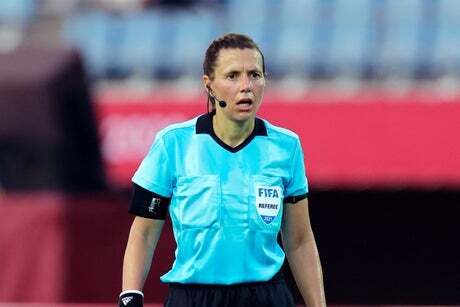 An all-female refereeing team will take charge of England’s World Cup qualifier in Andorra on Saturday.

It will be the first time the England senior men’s team will be refereed by a female official.

Ukrainian Kateryna Monzul will take charge of the game, while fellow Ukrainians Maryna Striletska and Svitlana Grushko have been named as her assistants.

Monzul, 40, has been refereeing in the men’s Ukrainian Premier League since 2016 and was voted the best official in that division in 2019-20.

She officiated the Nations League match between San Marino and Gibraltar in November 2020 when she became part of the first all-female refereeing team for a senior men’s international.

Monzul has been refereeing at international level in the women’s game since 2005.