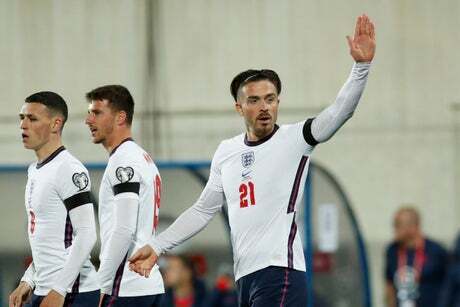 England took another step towards qualifying for the World Cup in Qatar as they cruised to victory over Andorra.

Gareth Southgate sent out a largely second string side against the minnows and those given their chances took them, Ben Chilwell opening the scoring with his first ever Three Lions goal.

The Chelsea full-back, called into the squad late to replace Reece James following his injury, finished off a fine move having been teed up by Jadon Sancho, who was played through by a wonderful ball from Phil Foden.

Foden was making things happen throughout and claimed an assist with a spectacular ball over the top into the bath of Bukayo Saka, who fired home at the near post.

England were in complete control and made it three before the hour mark when Sancho found Tammy Abraham with a cross from the left and the Roma striker poked home for his first England goal since November 2019.

Southgate sent on Mason Mount and Jack Grealish looking to extend England's lead and the latter quickly won a penalty after being brought down by Jesus Rubio. James Ward-Prowse stepped up to take the spot kick and saw it saved but spared his blushes by following in and finishing from the goalkeeper's parry.

Having won the penalty for the fourth, Grealish soon grabbed his own goal - the Manchester City man's first in an England shirt. Sam Johnstone will claim a wonderful assist having sent Grealish through on the break with an inch perfect throw before the attacking midfielder drove forward and found the back of the net via a slight deflection.