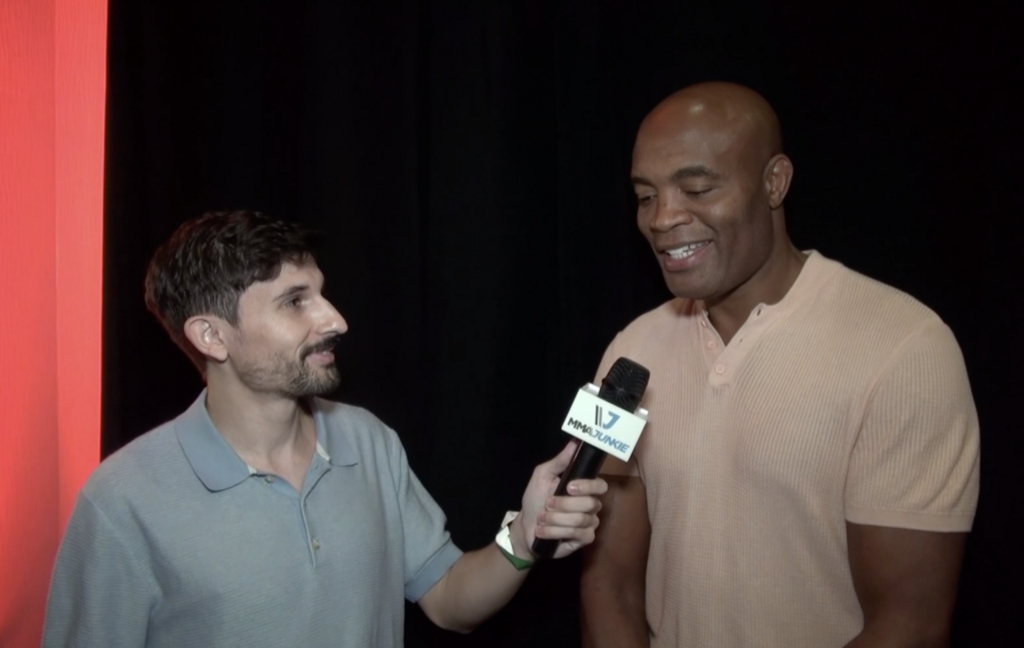 FORT LAUDERDALE, Fla. – Anderson Silva has issued his response in the latest dilemma between him and his opponent.

The former UFC middleweight champion has been criticized by Tito Ortiz ahead of their boxing bout on Saturday night in the co-main event of Triller Fight Club Legends II. Ortiz said he lost respect for Silva, as the Brazilian refused to budge on his 195-pound weight limit for the contest.

Ortiz has never fought professionally at 195 pounds and said the last time he was that weight was back in college. The 46-year-old feels Silva could’ve easily fought him at 200 pounds and that’s something Silva completely disagrees with.

Ortiz kept in his lane at the pre-fight press conference, but made sure to show his animosity towards Silva. “The Spider” refuses to engage with Ortiz and remains focused on the task at hand.

“I’m concentrated on one thing and that’s doing my job and continue to prove my respect for boxing and for the boxing community,” Silva explained. “The other stuff I don’t care.

“I try to enjoy every single moment I have and I show my respect to the boxing community and show my respect for my coach and for everybody watching me. I’m healthy and I continue to working hard every day. I’m so lucky to come here again, show my job, and show how much I love fighting. I try to enjoy.”

Check out the full interview with Silva in the video above.