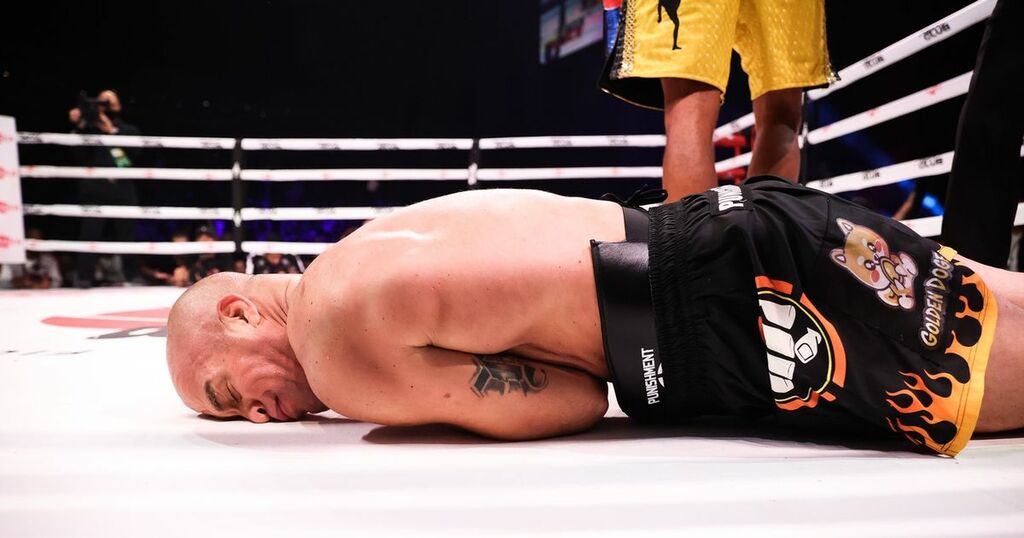 Ortiz attempting to feint his way in close to the Brazilian and piled on the pressure in the early stages - but Silva's legendary movemebt kept him out of trouble.

The 46-year-old Ortiz attempted to bully Silva by throwing some sluggish combinations as the Brazilian backed himself into the corner of the ring.

But Silva landed an overhand right with just under a minute left in the first round which rocked Ortiz and followed up with two left hooks which sent Ortiz crashing to the canvas.

With Ortiz lying face down, the referee had no option but to wave the fight off.

And talking after the fight, Silva admitted he wasn't surprised by the result.

"The grandmaster Bruce Lee said, 'Be water,' and that's what I tried to do. I am going to go home and do more training."

The win against Ortiz is Silva's third in the ring as a professional. It comes just three months after the UFC legend defeated former WBC middleweight champion Julio Cesar Chávez Jr by split decision in a massive upset.

Silva, 46, hadn't fought in boxing before that since 2005. The former UFC middleweight champion parted ways with the promotion last November after losing seven of his last nine fights.

Who should Silva fight next in the ring? Let us know in the comments below

And Ortiz said he made a crucial mistake by standing in front of Silva and admitted 'The Spider' caught him with a great punch.

He said: "I made a little mistake, I think was a being a bit too wild. I don't know man, it's been a little while since I fought and I've never boxed before. But this was an opportunity and I love it, it's fun.

"I've never been clipped like that. Even [Chuck] Liddell didn't clip me that bad. That was a good punch, he caught me with a clean punch, a really clean punch."