Anderson in eye of Storm with Sunshine Coast deal 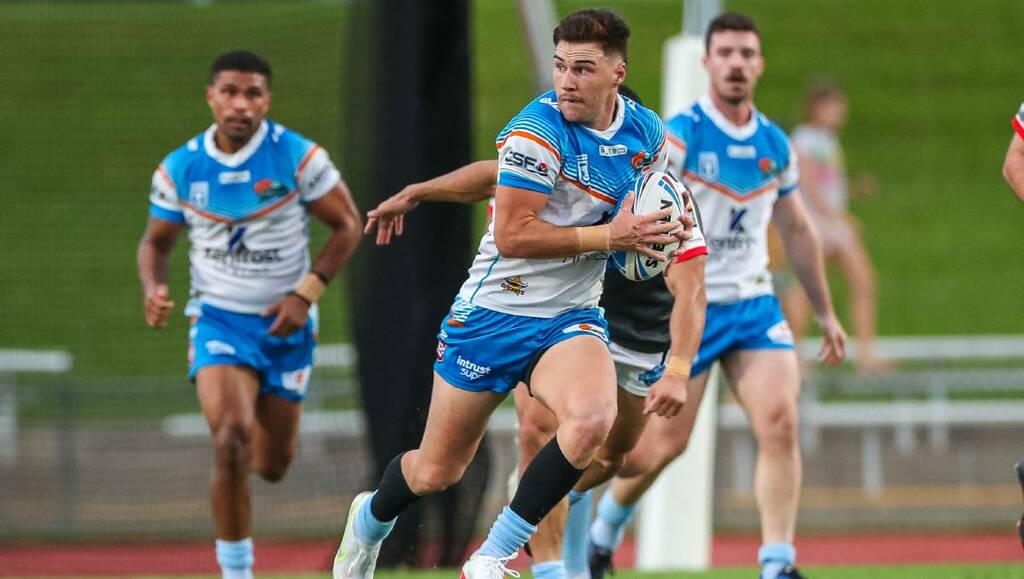 GRANT Anderson isn't sure precisely where or exactly when, but the Queensland Cup player knows he's got a chance.

Relocating from Swansea to Cairns at the start of this year, Anderson's performances for the Northern Pride have helped achieve his goal of joining an NRL system by signing with Melbourne Storm feeder club the Sunshine Coast Falcons.

Anderson, 21, will undergo pre-season training with the Storm over a six-week period ahead of the 2022 campaign.

Training dates have yet to be confirmed with the current NRL competition having only now reached finals and minor premiers Melbourne still in the hunt to defend their title.

And with coronavirus restrictions forcing them on the road for most of this season, once again based on the Sunshine Coast, it remains uncertain where they will launch from next year.

None of those details are too concerning for Anderson, who will be attending regardless having earned himself an opportunity north of the border after opting to "drop everything" at home in 2021.

"I've signed with Sunshine Coast and I'll be doing a six-week minimum pre-season with the Storm, but I can extend that if I prove myself," Anderson told the Newcastle Herald.

"I'm pretty happy with that. It was my goal and why I came up here. Especially to get Melbourne to have a look, so pretty stoked about that.

"One hundred percent it does (make everything worthwhile). My brothers are back home and my girlfriend is back home. So it was a massive call with where I was just to drop everything and go, but I don't regret it now."

This came after representative stints with the Knights across SG Ball, under 20s and preparing for NSW Cup in 2020 before it was called off.

"I'd just signed for Central for the upcoming season (2021). The Knights didn't want me, didn't ring me or contact me at all," he said.

"I was at work one day and my manager rang me to say the Pride had a spot for me if I wanted to take it. I thought why not. I was just about to finish my apprenticeship to be a chippy and I had no reason to stay so I just got in the car and decided to come for the adventure."

Anderson, playing mainly in the centres and occasionally at fullback, has scored seven tries in 13 matches while at the Northern Pride.

He has also kicked seven goals in more recent outings.

In terms of the Queensland Cup ladder the Pride (18 points) maintained eighth spot after defeating the Dolphins (22) 24-16 at Redcliffe on Sunday.

They now host joint-second Burleigh Bears (22) at Barlow Park on Saturday with a last-round win enough to book a top-eight finals spot.