And this is how Lucy tells a tale 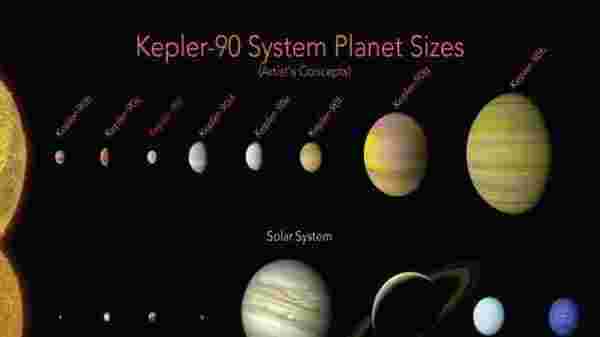 Nearly 50 years ago, the palaeoanthropologists Donald Johanson and Tom Gray made a stunning discovery in Ethiopia. They had driven out to a particular site, Hadar, parked and spent the morning searching for fossils. When they returned, they chose a different route back to their Land Rover. On the way, Johanson caught sight of a bone. Not just any bone, either. He recognized that it had belonged to a human, or at any rate to a human ancestor.

In fact, it was an ulna—the longer and thinner bone of the two in your forearm. Looking around them, they found a femur (thigh bone), a pelvis, a skull bone and more. Understandably, this greatly excited the two young scientists, so they returned to the spot to hunt for more bones. Over the next two weeks, they extracted a few hundred bone fragments from the soil, from throughout the once-body of that ancestor. In fact, put together, the fragments amounted to about 40% of the skeleton of a hominid—an early human or one of our ape-like ancestors, characterized by their ability to walk upright on their two feet (“bipedalism").

The story goes that back at their field quarters that night of the first find, the scientists celebrated with an exuberant party. Somebody played the Beatles’ classic Lucy in the Sky with Diamonds—and somehow the name seemed just right. The skeleton was christened Lucy, and she remains one of the best-known hominid finds of all time.

This week, there’s another scientific effort that is a tribute to this ancient Lucy—you could even say, to Lucy in the sky. But before we get to that, a little more about Lucy in the ground in Ethiopia.

You might wonder: all we have are those bone fragments, some relatively complete, some pretty much indistinguishable from little pebbles. Once excavated, the fragments were laid out in the positions they would have occupied when Lucy was alive, and the result looks unmistakably like a human skeleton. Still, it is just 40% of a skeleton. How do Johanson and his colleagues deduce so much from it?

Perhaps first among many questions to ask about these bones: is this really the skeleton of just one creature? Isn’t it possible that the bones are from several hominids? Well, that’s very unlikely at best. If Johanson and Gray had found, for example, two jawbones, that would have been proof that there were two or more individual skeletons buried in the soil there. But there was just one jawbone, and every other bone they found there was similarly unique. In all those fragments, there are no duplicates. So these bones belong to Lucy and to nobody else.

If that’s confirmed, why “Lucy"? Meaning, why are we sure this was the skeleton of a female? Hominids have external markers to distinguish between the sexes, no doubt, but what’s in these bones that gives away her gender? Strictly, nothing specific in the bones themselves. But from Hadar and other sites in East Africa, we now have remains from over 300 individuals. They clearly all belong to a species called Australopithecus afarensis (“southern ape from Afar in Ethiopia") that lived between 3.9 million and 2.8 million years ago—longer than we Homo sapiens specimens have populated the Earth.

Now 300 is enough of a sample that scientists think they can reliably divide them into males and females. While the species as a whole is small by today’s human standards, its females are distinctly shorter and smaller than its males. At just over a metre tall, Lucy is one of those smaller specimens, thus female.

All right, and what do we learn from a closer examination of Lucy’s bones? A lot. Start with the evidence that this was indeed a hominid, meaning that she walked upright. The femur, the thigh bone, meets the knee joint at an angle, and the kneecap has a specific lip whose function is to prevent it from dislocating because of that angle. This configuration made it possible for Lucy to balance on one leg as she would need to for a fleeting moment with each step. Similarly, the pelvis is shaped to allow Lucy’s torso to balance on that one leg for those same fleeting moments. Besides, we creatures who are upright all the time also develop a certain curvature of the spine: Lucy’s vertebrae show signs of that same curvature. And there’s more in those bones, too, to support her bipedalism.

They also tell us about Lucy’s age. I mentioned earlier that Lucy is just over a metre tall. Most modern humans of that height are children. Do we know Lucy wasn’t a child too, and if so how?

One indicator: there isn’t a long gap in her skull of the kind we see in children. It has closed up, which is just what should have happened in an adult skull. In her jawbone, her wisdom teeth are evident. These typically appear in our late teens, and are thus a reliable sign of physical maturity (and possibly intellectual maturity too, which is why they are “wisdom" teeth). Lucy’s wisdom teeth had broken through her gums all right. They also show signs of wear, meaning she had been using them for a while to chew her food. All in all, her bones make it pretty clear that this was a mature adult at the time of her death.

And how did she die? Elsewhere in Hadar a few years later, Johanson’s team found a group of A. afarensis fossils. These were nine adults and four children—thus called the “First Family"—who were all apparently buried simultaneously by some calamity. What about Lucy? Her pubic bone has a hole caused by a carnivore’s tooth. But it’s unlikely that caused her death, because the rest of her bones show no signs of having been chewed, which a carnivore would typically have done after killing her. So we don’t know what killed Lucy.

Whatever it was, it was about 3.18 million years later that Lucy was resurrected, if you like, when Johanson and Gray found her remains buried in Hadar. This and other A. afarensis discoveries over the years have actually opened up plenty of avenues for more research. For example, Lucy walked upright, but what did her strides look like? And upright though she might have been, did she, like other apes we know, spend most of her time climbing trees?

In any case, Lucy captured scientific and even popular imagination like only a few other archaeological discoveries ever have. This is why she has lent her name to another scientific endeavour altogether. Lucy the spacecraft launches tomorrow (16 October) and will visit several asteroids over the next 12 years. Seven of them are Jupiter’s “Trojans", a swarm of asteroids that orbit that giant planet.

Lucy the hominid gave us plenty of insights into our very human evolution. Similarly, Lucy the cosmic voyager will teach us plenty about how the solar system formed and how its planets evolved. After all, if bones in Ethiopia can tell tales about a distant past, why shouldn’t rocks that circle Jupiter do the same?

In fact, Nasa speaks of the Trojans as “time capsules from the birth of our solar system". Time capsules: that’s what Lucy’s many bone fragments were as well.

Once a computer scientist, Dilip D’Souza now lives in Mumbai and writes for his dinners. His Twitter handle is @DeathEndsFun