And just like that, nobody’s having sex any more – but why? 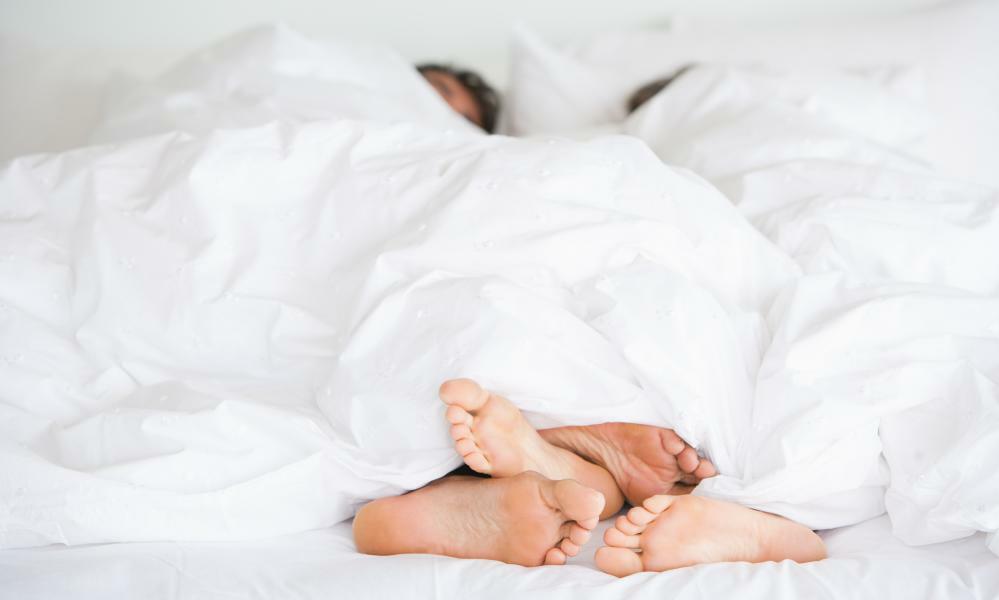 (Not much) sex in the city

So what’s going on with young and youngish people these days? Why is sexual activity declining? While the study didn’t go into possible underlying factors in much detail – nor did it look at the effects of the pandemic – two of its authors, Debby Herbenic and Tsung-chieh (Jane) Fu, recently shared their hypotheses with Scientific American. The (very technical) summation of the conversation is that a bunch of factors are probably at play. There’s increasing social media and video game use, of course. A decrease in alcohol use could be another factor. Perhaps most interesting and worrying, however, is the researchers’ hypothesis that the mainstreaming of extremely rough sex could be putting a generation of young people off sex altogether.

In recent years there’s been a significant normalisation of choking and strangling during sex. Pornography has played a big role in this, but women’s magazines and popular culture (50 Shades of Grey, for example) have also helped to make rough sex “trendy”. Hebernick and Fu told Scientific American that choking or strangling during sex “seems to be a majority behaviour for college-age students”. While in many cases it’s consensual and enjoyed, the researchers note that aggressive sex can also be intimidating. “We don’t know to what extent that may be driving some people to opt out [of sex], but we do know that some people are feeling frightened,” Fu noted. “They could consent to sex, but something like choking might happen without them being asked before.” That’s hardly an unreasonable fear: in 2019 the campaign group We Can’t Consent to This noted that, in the past decade, 30 women and girls have been killed in what was claimed to have been consensual violent sexual activity in the UK. “Rough sex gone wrong” has become a worryingly common cover for femicide.

Celibate man criticizes millennials for not having kids

Pope Francis has chosen to start 2022 off on a combative front by telling everyone that choosing to have pets instead of kids is “selfish”. Ah yes, choosing not to bring a child into an overpopulated world that is careening towards climate catastrophe is the height of selfishness! I know the pope probably isn’t too familiar with the current costs of childcare but he might want to look into just how expensive having a kid is these days.

Women 32% more likely to die after operation by male surgeon

Women are 15% more liable to suffer a bad outcome and 32% more likely to die when operated on by a male surgeon, according to a new study of 1.3 million patients. Men experienced no differences whether they were treated by a male or female surgeon.

Justice Ayesha Malik, who outlawed virginity tests for female rape survivors last year, is almost certainly going to be appointed to the supreme court after her nomination was confirmed on Thursday.

Ghislaine Maxwell’s lawyers say they will request a retrial

Two jurors from Maxwell’s trial recently told reporters they were sexually abused as children – information they might not have revealed in pre-trial questionnaires. These revelations now threaten to upend the guilty verdicts returned against Maxwell on sex trafficking and conspiracy charges.

It hasn’t gone unnoticed that a woman (Ghislaine Maxwell) is the only person who seems to be facing any real consequences for her associations with Jeffrey Epstein. She was found guilty of sex-trafficking charges, but who was she sex-trafficking the girls to, eh?

Perhaps it’s wrong to say that no men are facing consequences for their Epstein associations: it’s been reported that Prince Andrew is trying to sell his ski house to pay his legal bills. It seems that mummy will not be paying off the Duke of York’s legal defence in a civil lawsuit brought by Epstein victim Virginia Giuffre.

Arrests after fake auction of Muslim women activists in India

Three people have been arrested in connection with an app that shared photos of more than 100 prominent Muslim women and offered them “for sale” as servants. A large number of the women targeted were critics of the ruling Hindu nationalist Bharatiya Janata party (BJP) government. Violent Hindu nationalism has been growing under the prime minister, Narendra Modi, and Muslim women have become a particular target.

Stephanie Matto, who apparently made $50,000 a week by bottling her emissions and selling them to weirdos, had to pivot her business after ending up in hospital from eating so many high-fiber foods. The fartrepreneur is now selling non-fungible tokens. (So, by the way, is Melania Trump.) Very healthy and functional economy we’ve got going on.

Scientists recently stuck headphones on a bunch of dogs, put them in an MRI scanner, and played them excerpts from The Little Prince. They then deduced that dogs may be able to tell the difference between speech patterns and can recognise different languages. Good smart boys! No doubt Big Feline is already feeling threatened by this study and next week we’ll learn that cats can do algebra.

• This article was amended on 10 January 2022 to remove an erroneous reference to the pope’s residence.