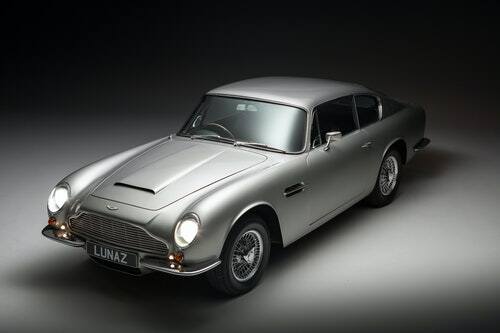 Electric cars are great, but it’s going to be a long time before any of them on the market today become true classics. But a firm called Lunaz Group, which specializes in restoring vintage cars, has begun producing a bespoke, electrified version of Aston Martin’s iconic DB6.

The cars, which will surely cost a pretty penny (price on application only, sorry) undergo an entire restoration and re-engineering process to accommodate a battery and electric drivetrain. But you’ll also want modern conveniences like air conditioning and Apple CarPlay, so those are also added too. Lunaz says its clients can make other special requests to create a DB6 that’s truly one-of-a-kind (while retaining its classic, unmistakable style, of course).

In terms of specs, the car uses a proprietary electric powertrain that’s been developed entirely in-house. With battery capacity options between 80-120kWh, Lunaz says the DB6 has a range of roughly 255 miles on a range.

“The introduction of electric Aston Martin DB6 cars has been driven by sustained demand from our existing clients,” said David Lorenz, founder and CEO of the Lunaz Group, in a story from Designboom. “It also reflects the desires of an entirely new classic car buyer. These women and men have been drawn to Lunaz because for the first time they are presented with the powertrain and modern conveniences of today, clothed in a design that speaks of an era when aesthetic purity was the only requirement.”

Some may have concerns that a DB6 rebuilt with an electric battery will hamper the driveability of the vehicle because, usually, the large battery packs are spread out beneath the floor of an electric car, not bunched together wherever they can fit in a converted classic. Lunaz says that it took care to weigh original DB6s to understand their weight distribution, and used that information to decide the location of the new electric components.

Considering that classic DB6 vehicles without these extensive customizations can easily go for over $300,000, we have to imagine that Lunaz’s custom cars will be quite expensive. But you’re going to look great driving this thing, and you don’t have to feel any guilt about the environmental impact.

Luxury car companies like Lamborghini and Porsche are slowly starting to introduce their own electrified sports cars. You might not get the same engine roar, which is part of the experience of driving these vehicles, but over time, hopefully buyers will recognize the alternative benefits of electrification, like fast acceleration and immediate torque that make for an experience you can’t get in a combustion engine car. We’ve decided that engine noise was cool, but maybe the next generation will have different preferences.

Other bespoke design companies have taken over vehicles, like a Range Rover Classic, and shoved in electric guts. Johnny Cash’s Rolls-Royce was converted to an electric car using internals pulled from a Tesla. But to maintain the classic interior, the Tesla touchscreen computer, necessary to control the system, was placed... in the trunk. Buttons on the dashboard were set up so they communicated with the computer to trigger different functions. That’s not the sort of solution we want, frankly. With its DB6 conversion, Lunaz seems to have artfully sidestepped any such awkwardness.