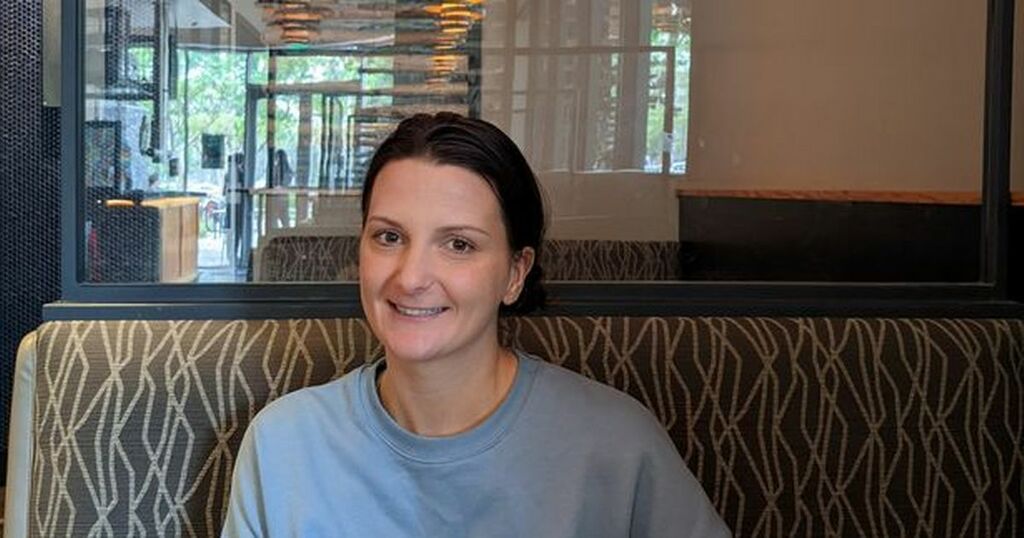 'An airline lost my luggage - and now the airport could put it up for auction'
Her case, filled with many of her treasured belongings, went missing in the system after a problem with her flight…

Victoria, from the US, has resigned herself to the possibility that she may never see her luggage again after it…

Here is a checklist of items prohibited from hand luggage on TUI, British Airways, easyJet, Jet2 and other flights as…

A passenger travelling through Heathrow Airport has spoken of her concern that her luggage will be auctioned off by the airport if it is not returned to her in seven weeks. The suitcase of 31-year-old Victoria went missing after she flew to Heathrow with British Airways partner American Airlines on April 3.

The suitcase contains an Alive + Olivia designer dress and other personal possessions. It went missing in the system following problems with Victoria's flight.

Now the 31-year-old has found that Heathrow Airport has a lost luggage policy to auction off any baggage which isn't found and returned to its owner within three months. Victoria has been left concerned that her suitcase will suffer this fate if it isn't back with her soon, MyLondon reports.

She said: "When I got to Heathrow, I was told I was supposed to leave there, drive to London City airport, and then fly to Belfast - which I would have never booked myself and wasn’t in my itinerary, and my bag tags didn’t say that. They said my bags would go directly to Belfast City Airport."

She told British Airways she wasn't able to make the London City airport to Belfast flight, so BA rebooked her on an Aer Lingus flight. BA insisted they would pick up the bags and put them on the new flight. Victoria went to catch her new flight - but her hopes were soon dashed of being reunited with her luggage.

“The Aer Lingus lady said 'don't expect your bag today - British Airways never sends us anything... It's in a different terminal. You would miss your flight and this is the last one. You'll get your bag tomorrow',” Victoria said.

Aer Lingus promised to deliver the bag to her hostel in Northern Ireland - but she never saw them again. "I have not seen my bags since I dropped them off on April 3,” she added.

Victoria told MyLondon: "I was told at the BA terminal on my way back that they'd seen the suitcase on their computers. They said my bags were with Aer Lingus. It's always a redirect.

Now it is at risk of being auctioned off despite her desperate efforts. "I imagine they are making a lot of money off it, so there's no reason to really fix the problem. It's been really stressful and frustrating. I don't think I'll ever see my stuff,” Victoria said.

Some Alice + Olivia dresses fetch more than £1,500 and start from around £450. Victoria's bag also contained platform boots and a long coat that she treasured.

Greasbys Auctioneers in South West London handle the auctioning of luggage for Heathrow Airport. On a Reddit post in 2012, one user said: “I've heard you can get a good deal on electronics there, and they also sell unclaimed luggage bags as seen, which is basically like a big mystery box with someone's lost holiday in there.”

One user replied: “Me and my house mates want to go here. Our plan is to all get one closed suitcase then you must wear an outfit from your suitcase for a night out.”

Initially Victoria was told by Aer Lingus that despite “extensive searching”, they had been unable to locate the luggage. They asked her for proof of purchase or itemised bank statements of the items inside her bag, and offered “interim expenses” of £63.00 once they were sent in.

But after being approached by MyLondon, Aer Lingus told Victoria: “We will continue to trace your bag… Under the Montreal Convention an airline’s maximum liability in this case is set at… $1724.55. I have therefore requested a reimbursement cheque to this value in your name in full and final settlement of your claim… On behalf of Aer Lingus, please accept my sincere apologies for your experience on this occasion and for the disappointment and inconvenience caused as a result.”

Victoria believes that she received compensation so quickly due to MyLondon reaching out. She said: “I think that you reaching out to them nudged them to compensate me in a timely manner without going through hell first.

"I thought I’d never get money from them…initially they were going to have me provide proof of purchase for every single item in my bag…You have helped tremendously.”

However, she added: “My clothes were worth more [than the offer], and there were some things that are irreplaceable. But I guess I have to be happy with it.”

A BA source confirmed that in the “unlikely” situation that a bag remains unclaimed or unmatched, it is sent to auction and proceeds given to charity after at least three months of being stored.

And an official spokesperson for the airline added: “We're investigating this with our sister airline Aer Lingus, and we're doing everything we can to reunite the customer with their bag. We apologise for the inconvenience caused.”

In 2019 MyLondon reported on the Heathrow auctions: “This modest little Tooting-based auction house has been going since 1919, and it's currently in the business of providing abandoned cases with their new 'forever home'. Of course, airport staff do make an effort to reunite the cases with their owners, but sometimes it's just not meant to be…You can't actually see what's inside the suitcase until you've handed over the money. Bags are categorised into women's clothing, men's clothing, and children's clothing, so you can at least hedge your bets on getting a decent new wardrobe.

“With weekly deliveries of new bags from Heathrow and around 200 hundred suitcases up for sale every month, there's the potential to find some really cool stuff.” As the final carrier, Aer Lingus is legally responsible for the tracing and delivery of the missing baggage on this occasion. A Heathrow spokesperson said the airlines are responsible for the luggage.

'An airline lost my luggage - and now the airport could put it up for auction'
Her case, filled with many of her treasured belongings, went missing in the system after a problem with her flight…

Victoria, from the US, has resigned herself to the possibility that she may never see her luggage again after it…

Here is a checklist of items prohibited from hand luggage on TUI, British Airways, easyJet, Jet2 and other flights as…