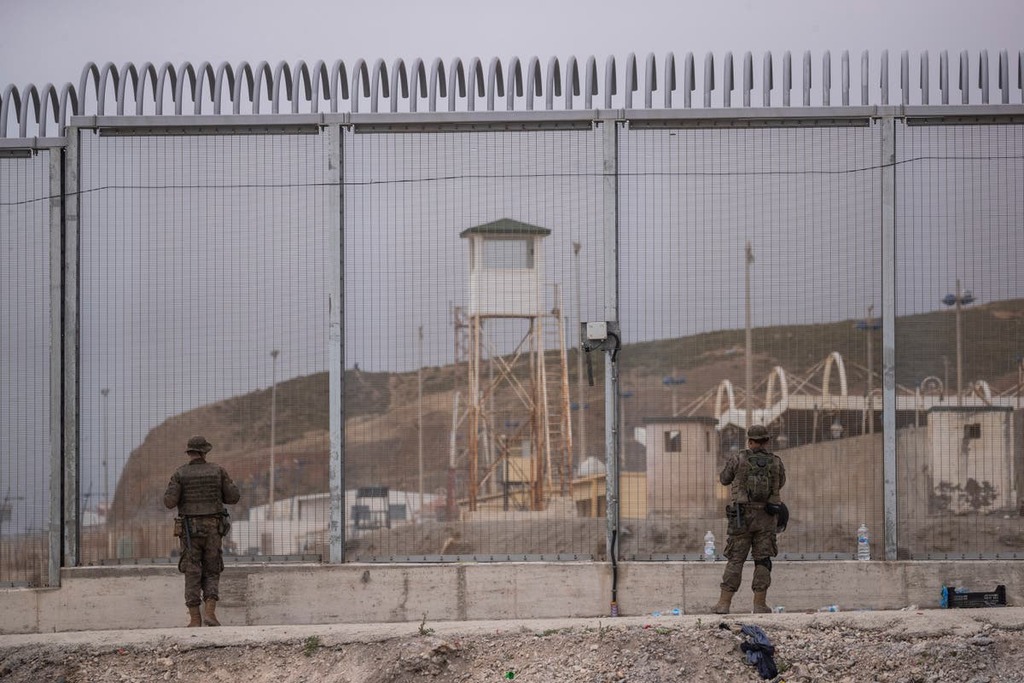 The mysterious COVID-19 patient arrived at an airport in northern Spain in a private jet. An ambulance ferried the 71-year-old man on a freeway that passed vineyards of Rioja grapes to a state-of-the-art public hospital in the city of Logrono.

The patient was sent directly to an intensive care bed, registered on April 18 with the identity on his Algerian diplomatic passport: Mohamed Benbatouche.

He turned out to be Brahim Ghali, the leader of the Polisario Front, an Algeria-backed pro-independence movement representing the local Sahrawi people of Africa's Western Sahara Ghali's presence in Spain under a disguised identity didn't go unnoticed to the government in Morocco the country that annexed Western Sahara nearly half a century ago.

Rabat which regards Ghali as a terrorist, protested Spain's decision to grant compassionate assistance to its top enemy. It threatened there would be “consequences.” And they finally came to fruition this week when Morocco let down its guard on the border with Ceuta a Spanish city perched on the northern African coastline.

The moved allowed thousands of migrants to enter Ceuta, many of them children who swam or jumped over fences.

The humanitarian crisis has become a flashpoint between the two neighbors. Morocco recalled its ambassador in Madrid. Spain is under fire from human rights groups for pushing back most of the trespassers in bulk, which is illegal under international law.

And in what resembled an assertion of its sovereignty of Ceuta, which many Moroccan nationalists deem a colony of Madrid along with the nearby Spanish city of Melila, Spain deployed soldiers to the border. Spanish Prime Minister Pedro Sánchez also made a quick trip to the overwhelmed city.

The Western Sahara region stretches along Africa's Atlantic Coast and is home to roughly 600,000 people. Since Morocco annexed the territory in 1975, filling a void left when Spain withdrew as a colonial power, the international community has been divided on its recognition, with most countries backing a long-running U.N. effort for a negotiated solution.

An announcement by the United States late last year supporting Rabat's claim - in exchange for Morocco normalizing diplomatic ties with Israel - undermined those efforts, rallying other countries behind Morocco's proposal to give the territory greater autonomy.

Pushing instead for a referendum on self-determination has been the main focus for Ghali, who was elected president of the self-declared Sahrawi Arab Democratic Republic in 2016. He previously served as its defense minister and as a Polisario diplomat in Spain (1999-2008) and Algeria (2008-2015).

Ghali, wearing combat fatigues while speaking in February at a military parade marking the 45th anniversary of the SADR, called on the new U.S. administration of President Joe Biden to find a solution that would allow the Sahrawi “to enjoy their inalienable right of freedom and independence.”

At the San Pedro hospital in Logrono, there is little sign of the presence of the Polisario's top man. People familiar with his condition say he recently came out of three weeks in critical care. A security guard performs identity checks on medical personnel and visitors entering the COVID-19 ward. Inside, Ghali receives a daily visit from his personal physician, an Algerian doctor, according to a police report seen by The Associated Press.

“They probably chose this place because nothing ever happens here, and we rarely make it to the news,” local resident Milagros Capellán, 64, said as she left the hospital after a medical check-up. “It feels strange that this is connected with the very sad developments in Ceuta.”

Moroccan intelligence officials knew about Ghali's whereabouts from the moment the Algerian jet carrying Ghali landed in Spain last month, leaking his presence to the media and exposing what had been designed by Spain as a covert “humanitarian” operation.

“What was Spain expecting from Morocco when it hosted an official from a group that is carrying arms against the kingdom?” Morocco’s minister for human rights, Mostapha Ramid, wrote on Facebook on Tuesday.

Spain's foreign minister responded the next day, blaming Morocco for the chaos at the border: “It tears our hearts out to see our neighbors sending children, even babies… (because) they reject a humanitarian gesture on our part," Foreign Minister Arancha González Laya said.

The Spanish Foreign Ministry declined to answer AP's questions on why it agreed to treat Ghali even when other European governments had refused. An official familiar with the decision who requested anonymity because of its sensitive nature said that the request was made directly to González Laya by her Algerian counterpart, Sabri Boukadoum.

Before the request was granted, it had caused deep divisions within Sánchez's Cabinet, the official said.

Providing that his recovery goes well, Ghali’s future is now shrouded in uncertainty. With his whereabouts known, a discreet return to Tindouf, Algeria, where Sahrawi refugee camps are located, seems out of question.

Further complicating matters, Spain’s National Court on Tuesday re-opened a genocide probe from 2008 against Ghali and 27 other Polisario members. An investigating judge closed the case last year because the court couldn't locate the defendants.

Ghali is also expected to give testimony June 1 in the same Madrid-based court for a 2019 lawsuit filed by a Sahrawi activist who claims he was tortured in the refugee camps for his opposition to the Polisario.

On May 10, a police officer visited the Polisario leader to hand him a court summons for the lawsuit. According to the police report seen by The Associated Press, Ghali refused to sign the notice, asking for “several days” to consult with the Algerian Embassy and other advisors.

González Laya said that Spain's agreement with Ghali was for medical treatment only, suggesting that the government won't facilitate his immediate departure. “If he has pending matters with Spain's justice, he will have to appear (before the court)," she told Spain's public radio.

Behind the legal cases against Ghali are groups of Sahrawis aligned with Morocco’s position. Asadesh, which stands for the Saharawi Association for Human Rights, accuses 28 Polisario members of killing, torturing, illegally detaining and abducting prisoners and its own Saharawi people, some of whom the group claims were allegedly forced to remain in refugee camps against their will.

Pedro Altamirano is also suing Ghali for allegedly inspiring threats that the Spanish journalist and head of a recently founded platform to support “Sahrawi reunification” received from online netizens.

“The only thing that cannot happen is that by the hand of the devil this man leaves the country without appearing before a judge," said Altamirano, who supports Morocco’s claim on Western Sahara.