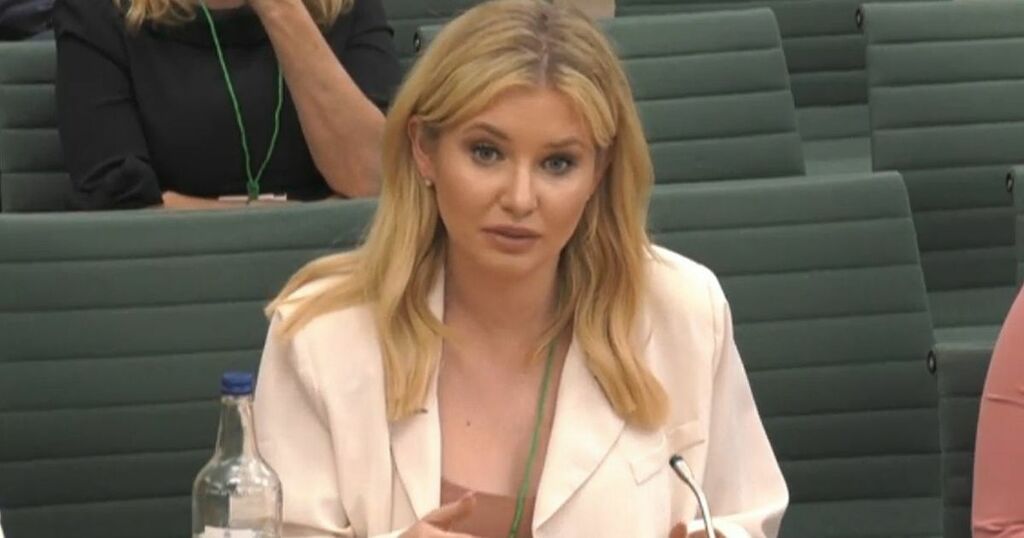 Former Love Island contestant Amy Hart has revealed that she once received a death threat from a 13-year-old child.

The reality TV star made the revelations while speaking at the Digital, Culture, Media and Sport Committee inquiry looking into influencer culture on Tuesday.

The 29-year-old, who appeared on the ITV2 dating series in 2019, was giving evidence to a committee of MPs investigating whether social media companies provide enough support to figures experiencing online abuse.

Amy, who had just 3,000 Instagram followers before appearing on Love Island, opened up about the 'barrage' of abuse she has received since gaining a strong following on social media platforms.

The star, who now boasts more than one million followers on Instagram, admitted she had become 'desensitised' to online abuse and doesn't believe that social media networks are doing enough to tackle trolling.

“I have reported some messages before and they come back saying, ‘We have looked at it and it doesn’t break community guidelines’ and I am like, ‘Look at that message!’ Amy told DCMS committee on Tuesday morning.

“Look at this barrage of messages someone has sent me before 7 o’clock in the morning telling me how much they hate me, how awful I am, why everyone hates me, how ugly I am," she continued.

Amy then went on to reveal that while a lot of the abusive messages sent to her come from middle-aged women, some of 'the most awful' threats she has received have come from schoolchildren.

“One of my death threats was traced back to a 13-year-old," the former flight attendant told the collection of peers and MPs.

"You think, if that’s them at 13, in their bedroom, what are they going to do when they are 18 and they are out on their own?”

The committee Amy was speaking with are currently analysing a draft online safety bill.

Amy admitted to the committee that she has stopped reporting the abusive messages she received as she no longer has confidence in the companies that action will be taken.

“I delete things, but you see those messages and actually I have probably stopped reporting them now because I know there is no point," she confessed during the inquiry.

“Because the time it takes me the process of doing: ‘Why are you reporting this message?’ and then it comes back a few hours later with a notification that says, ‘We have checked it and it doesn’t break community guidelines’.”

In addition to discussing the abuse she receives online, Amy also explained how she feels a personal responsibility when it comes to what adverts she posts on her platforms.

With over a million followers on Instagram alone, the former Love Island beauty can attract thousands of pounds per post to endorse various products and services.

However, the 29-year-old revealed that while she has been offered a lot of money to promote diet products, she has turned down the potentially lucrative gigs.

The star told Heather Wheeler, MP for South Derbyshire, that many of her followers are teenage girls and she feels she owes it to the mums. dads and guardians not to advertise those products no matter what the price.