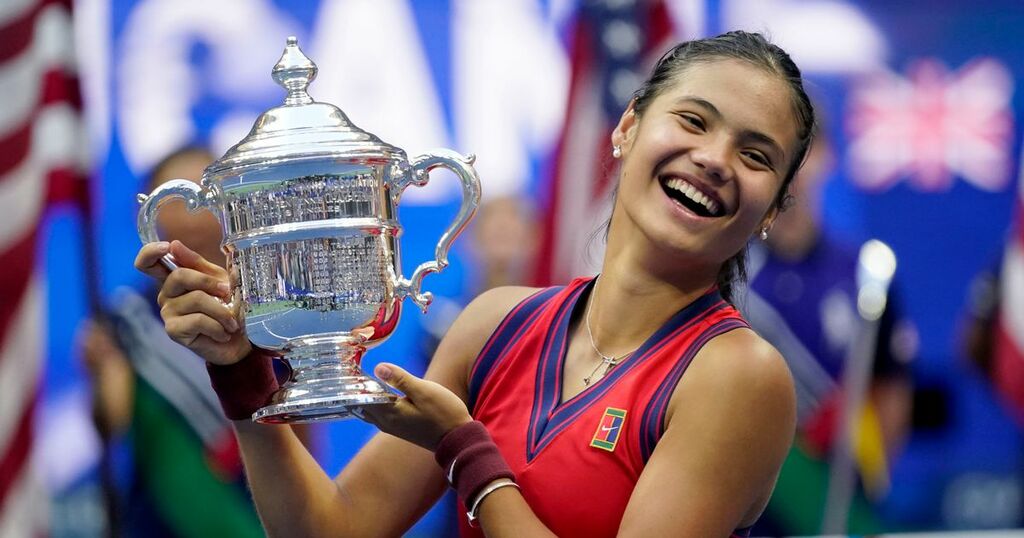 Winning the US Open as an 18-year-old is no mean feat- but Emma Raducanu pulled it off and pocketed a huge amount in prize money.

Her 6-4, 6-3 win against Leylah Fernandez earned her £1.8million in prize money from the match last night (September 11).

Raducanu has told of how she will splash the cash after her previous career earnings totalled about £215,000, Wales Online reports.

She told ESPN: "There's a running joke in my team because before my first round qualifying match I lost my AirPods and I was basically running around the changing room like three minutes before my call to go on trying to find it but I lost it.

"I was thinking to myself, 'you know what, if you win this match you can buy yourself a pair of AirPods' and that's become the running joke!"

Her win makes her one of the richest teenage millionaires in Britain and she is tipped to become the highest-earning tennis player Britain has seen.

Opportunities are expected to open up for her including clothing and perfume lines, the Mirror reports.

Her agent Max Eisenbud plans to make Radcanu's brand worldwide, marketing her in China to profit from the fact she is half Chinese and can also speak Mandarin fluently.

So called 'super agent' Eisenbud's other clients include Maria Sharapova who earned up to £200million a year before she retired from tennis in 2020.

When Raducanu was asked about how her life would change she admitted she had not thought about it and was not even sure when she was going home.

She said: "I definitely think it’s the time to just switch off from any future thoughts or any plans, any schedule. I’ve got absolutely no clue. Right now, no care in the world, I’m just loving life.

"I still haven’t checked my phone! I have absolutely no idea what’s going on outside of the little world that we’re in here. We’ve just been in the quiet room, just enjoying the moment, taking it all in.

"I think today we just really need to just shut out from everything, just enjoy it as a team, because it was a team effort. I didn’t get here by myself at all.

"Every single person that’s here with me has helped me along the way and played a huge part."