‘American Rust’: It gets very hard to stay with Showtime’s meandering steel-town drama 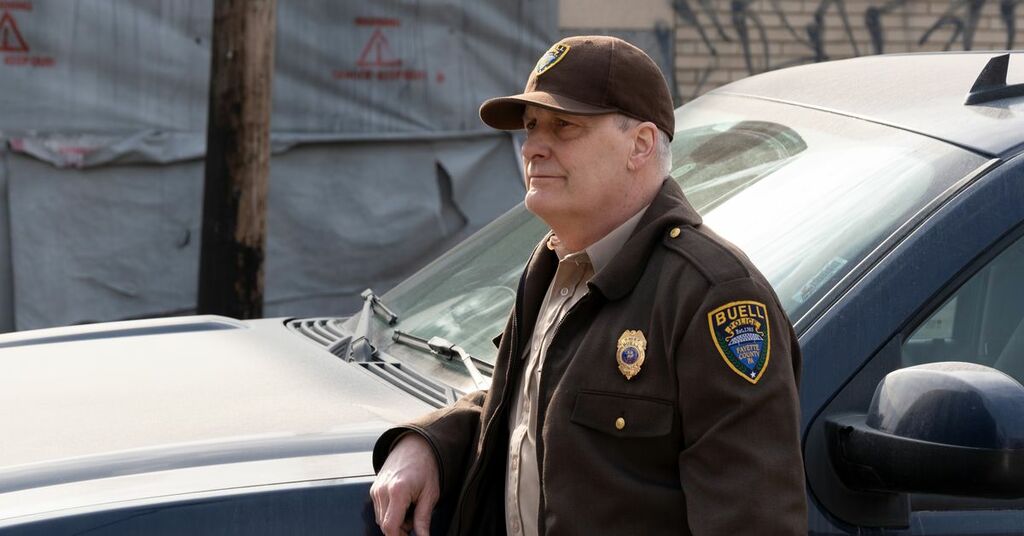 Detective Sgt. Mare Sheehan from “Mare of Easttown” and Chief of Police Del Harris from “American Rust” mine different turf in Pennsylvania about five hours’ drive from one another, what with Sheehan working a small town near Philadelphia while Harris patrols an area in the Southwestern part of the state — but if they ever happened to run into each in a bar and exchanged pleasantries, they’d find out they had a lot in common. They’re both middle-aged, world-weary, emotionally damaged souls whose respective territories are rife with murder cases involving young people, complicated family relationships and combustible romances.

Oh, and neither is above bending the law if that’s what it will take to protect someone close to them.

Thing is, Mare is mixed up in a more compelling, more suspenseful and more colorful world than Chief Harris in “American Rust,” a Showtime limited series based on Philipp Meyer’s novel of the same name. Set in the bleak, economically depressed, seemingly always brown-and-gray fictional town of Buell, Pennsylvania, this is a sincere and sometimes effective but plodding portrayal of lower-middle-class despair and a town filled with residents who are either on the way down or struggling to stay on their feet after recovering from one hard punch after another. (The closed and rusted-out mills loom in the background as a haunting reminder of what once was.)

The always-watchable Daniels leads a wonderful ensemble cast in a story with occasional flashes of inspiration — but based on the first three episodes provided for review, “American Rust” too often gets bogged down in meandering subplots, and some truly clunky dialogue. (It’s never a good sign when a woman looks into the eyes of the conflicted antihero during a time of crisis and declares, “You’re a good man,” and then says his full name, as if we’re in a 1950s B-movie Western.)

Daniels’ Police Chief Del Harris is a stone-faced loner, Iraq War veteran and former Pittsburgh police detective who has moved to the town of Buell in the rural southwest section of Pennsylvania. Del is trying to wean himself from the cocktail of prescription drugs he takes to cope with his PTSD, so each morning he meticulously grinds the pills into a fine powder in increasingly smaller increments, weighing the pile on a scale and then scooping it into his drink. Then it’s off to make his rounds in a Rust Belt town where the unemployment rate has skyrocketed and even if you’re lucky enough to have a job tending bar or sewing wedding dresses in a local shop, it’s a struggle to make ends meet.

Del is in love with Grace Poe (Maura Tierney), but it’s complicated, as Grace is separated from but not yet entirely free from her no-good husband Virgil (Mark Pellegrino). There’s also the matter of Grace’s son Billy (Alex Nuestaedter), a high school football star who turned down a D-1 scholarship to help out his mom but is now lost and angry — especially after the love of his life, Lee (Julia Mayorga), fled for New York City. That left Lee’s troubled brother and Billy’s best friend Isaac (David Alvarez) to care for Lee’s and Isaac’s father Henry (Bill Camp), who was injured in a work accident and is in a wheelchair and spews bile at everyone and anyone at every opportunity.

This is one sunny bunch.

When Del discovers a body in an abandoned mill and it’s clear a murder has transpired, he has a pretty good idea of who did it — but he puts the investigation and his career into jeopardy when he has an impulsive reaction at the scene of the crime and hides a key piece of evidence before further law enforcement personnel arrive. We now have our murder mystery, our troublesome romantic triangles and our complex family dynamics, all intertwining as the case expands and Del somehow becomes even more glum than when we first met him, and what’s the deal with Isaac hopping on a train to escape town like he’s in a 1930s Depression movie?

There are times when “American Rust” gets things just right, e.g., an extended wedding sequence that feels authentic in every detail (of course everyone would hit the dance floor to Kool & the Gang’s “Celebration”) and is like a miniaturized version of the greatest wedding reception sequence in movie history from “The Deer Hunter,” which of course was also set in western Pennsylvania. Too often, though, we’re mired in wheel-spinning storylines. The great Canadian poet Neil Young once told us rust never sleeps, but “American Rust” takes too many naps.

Non-subscribers may view the first episode of “American Rust” free on YouTube, at sho.com and on most on-demand platforms.