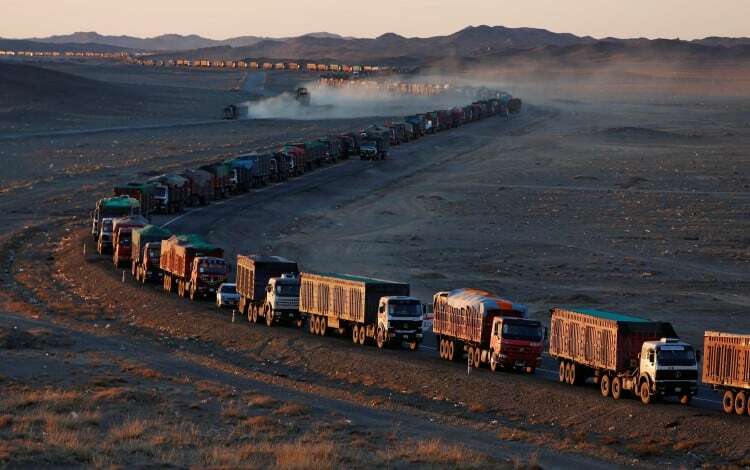 As anyone who did any holiday shopping no doubt realizes, supply chain bottlenecks are both driving up prices and making it harder to find goods ranging from candy canes to Nikes.

In response, companies are starting to rethink the way they manufacture and ship their goods, according to a new explainer video from the Wall Street Journal.

The video notes that while some companies have been “stockpiling goods in trailers and chartering private container ships,” others have been contemplating “sweeping changes to their supply chains,” including shifting manufacturing closer to home.

For the past several decades, manufacturing has increasingly moved to companies such as China in order to take advantage of low wages.

As the video points out, it’s been common for a company such as the boot maker Timberland  (TSBK Get Timberland Bancorp, Inc. Report to source materials from all over the world, then ship them all to one location to assemble, then to another location to be distributed.

But the pandemic, which experts are increasingly beginning to believe won’t truly end until the poorest countries have all been vaccinated, has caused delays that drives up the costs of shipping and manufacturing, making products harder to get in stores.

In response, companies are beginning to rethink the way goods are manufactured and shipped in the modern economy, which could see a reversal of a decade’s long migration to Asian countries.

Here are three initiatives that companies are currently considering.

This involves setting up factories “in multiple parts of the world, so that operations in each region are able to supply products to the closet markets,” in order to minimize risk, as a closed factory in one region only affects sales in nearby locations.

This involves moving production back to a country closer to where the products are distributed and sold, as a way to shorten the supply chain.

The popular clothing brand United Colors of Benetton  (EUR)  has increased manufacturing in Serbia, Croatia, Turkey, Tunisia and Egypt in order to be closer to where the products are sold in Europe, thereby cutting its Asian production in half over the next year.

This concept is related to nearshoring, and it involves companies that have moved production overseas moving it back to where it was originally located.

If there are problems getting a product made overseas or shipped to the United States, it might make more sense for a company to simply have it made in America.

These moves could solve some supply chain issues, but they’re not a cure-all.

It could cost companies over 1 trillion over next five years to move manufacturing out of China, according to a Bank of America Commission, and not all small companies can afford that.

But many companies think that as the pandemic drags on, these are the moves that will pay off in the long run.