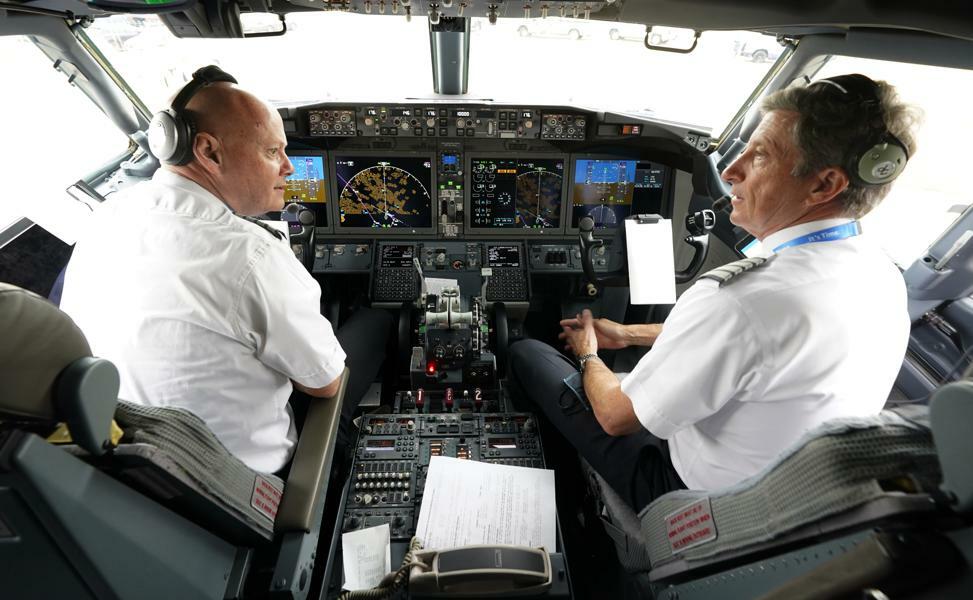 Restive American Airlines pilots, unhappy with the carrier’s occasional summer operations breakdowns, are planning airport demonstrations in Dallas and Miami and, in Philadelphia, are calling for management resignations.

On Tuesday, the Philadelphia domicile of the Allied Pilots Association approved a resolution advocating that “the upper management team who control the American Airlines operation be replaced with a more competent group.”

Also Tuesday, the union’s board authorized informational picketing in Miami and Dallas, saying “management has repeatedly demonstrated its inability to run a reliable airline.” The Miami demonstration is scheduled for October 19 with subsequent events in Dallas and possibly Charlotte.

Paul DiOrio, chairman of the Philadelphia pilot domicile, said Wednesday, “Our resolution is based on airline operations. This summer was bad for both our paying passengers and our pilots and it wasn't the first time. They've had over seven years to get this right (since the 2013 American/US Airways merger) and the pilots have had enough with this team’s inability to get the operation to function as it should.

"There comes a point at any job when you’re not performing and it may be time for a change” DiOrio said.

“They were good when there were clear summer skies, but when there was any adversity due to weather, they couldn’t connect enough pilots to the airplanes,” Tajer said.

American cancelled hundreds of flights over Father’s Day weekend. Subsequently, during an early August recovery from bad weather in Dallas, “More than 60,000 passengers were impacted by cancellations, with nearly 75% of the cancelled flights attributed to management’s failure to connect pilots to airplanes,” according to the board’s message to pilots.

American declined to comment specifically on the pilot actions, but in a September 3rd letter to pilots, Chip Long, vice president of flight, offered thanks for “the professionalism and commitment you’ve shown this summer as we experienced the largest operational ramp-up in our company’s history.”

Long said American had “a challenging stretch in June due to weather, vendor staffing and temporary pilot training challenges.” But he noted that during the third quarter, operating performance was comparable to previous years.

Long responded specifically to pilot issues, including concerns that poor scheduling led to excessive last-minute demands to fly beyond scheduled trips because reserve pilots were not immediately available. “Relative to the size of our schedule, we had more active pilots than previous summers,” Long wrote. “Our cancellations due to pilot availability were down 30%.”

In a Labor Day Instagram message to employees, American CEO Doug Parker wrote, “As I think back over the past 18 months on this Labor Day, I can’t help but feel an overwhelming amount of gratitude for our incredible AA team and their union leaders who have kept American Air running and the global economy turning during an unprecedented global pandemic.”

The pilots’ contract became amendable in January 2020, but talks have preceded slowly. Tajer said American keeps about 30% of its pilots on reserve, compared to an industry average of about 15%.

Tajer said that “American scheduling is unreliable when weather hits” and that reserve pilots aren’t given sufficient time to prepare for flights, placing a burden on pilots who have already scheduled lines of flying. He said pilots who fly into the Charlotte hub frequently are reassigned at the last minute.

In their resolution, Philadelphia pilots noted, that “Since 2016, American Airlines upper middle management has driven our Department of Transportation operational reliability (on-time /cancellation rate), passenger complaint rate and lost bags rate to the bottom or a near bottom ranking among our competitors.”

They noted that in 2017, the APA board passed a resolution saying it had lost confidence in Parker and his management team, and that American operations have worsened since then.