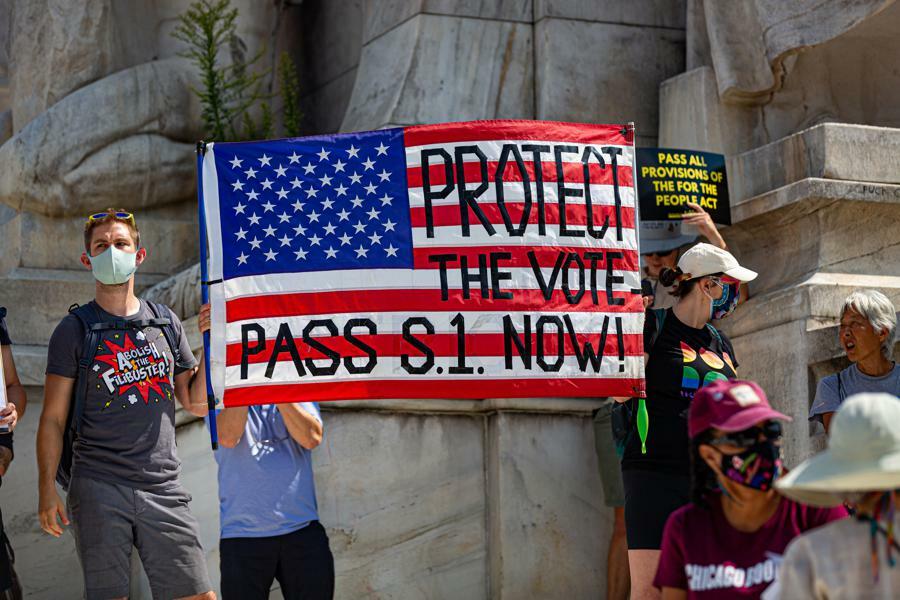 If there ever were a malevolent pathogen manufactured by Hollywood, COVID seems almost human like in its capacity for reeking destruction. It has turned our lives and how we work, learn, and even relate upside down over the last 17 months while leaving anxiety, sickness and death in its wake.

In point of fact, covid is a virus, a mere string of molecules; not a matinee monster. Its capacity for havoc derives from exploiting existing vulnerable communities. The structures that produce insecurity and harm for individuals and families have only amplified COVID’s relentless impact. In other words, COVID is more like a mirror, one that reflects the contradictions that define who is unsafe in America.

Our national anthem celebrates the United States as “the land of the free and home of the brave.” A better description for our present condition is America-the unsafe. There are so many in our cities, towns, reservations, and suburbs.

The workers that are essential to our daily lives are not safe. They have no choice but to work and face greater risk of exposure to the virus. Nor are the nearly 9 million people who saw their enhanced federal unemployment benefits expire on Labor Day. With a future uncertain, they must make ends meet on far less.

Black, Brown and Native communities are not safe. With limited access to health care before the pandemic and a long history of differential treatment, these communities continue to experience disproportionate COVID-related illness and death on a shocking scale.

Black people are not safe. In the summer of 2020 millions of protesters chanted “this time is different” following the death of George Floyd in Minneapolis. But, Black men and women continue to die in police custody. The conviction of former Officer Chauvin in George Floyd’s death remains an exception. The George Floyd Justice in Policing Act has stalled in the U.S. Senate, a victim of partisan rancor.

Black parents still have “the conversation” with their children. There is no way to sugarcoat the necessity for it: our criminal justice system practically denies Black people the presumption of innocence while extending it to police officers.

Asian communities are not safe. Beginning with the xenophobic rhetoric of former president Trump in characterizing the virus early in the pandemic as the “China virus,” acts of anti-Asian discrimination and hate crimes have only proliferated—so much so that in a rare display of bi-partisanship, the U.S. Congress last May rushed passage of the COVID-19 Hate Crimes Act.

Jewish and Muslim communities are not safe. Jewish people and institutions have long been targeted for harassment, intimidation, and murder.  No place is safe-not synagogues where worshippers were gunned down in Pittsburg in 2018 and Poway in 2019 or even the sidewalks of Los Angeles and New York in 2021 where Jews were attacked this spring.

Muslims are not safe. Acts of Islamophobia take many forms: vandalizing mosques and physical assaults. This extends to the public harassment of Muslim women who practice hijab—wearing a head scarf, loose fitting clothes, or niqab that covers much of the face. The recent “end” of the forever war in Afghanistan and the coming 20th anniversary of the 9/11 attack may very well lead to more Islamophobia on air ways and in communities where Muslim Americans work and live.

The LGBTQ community is not safe. Universities and colleges can serve as supportive spaces for LGBTQ young people who are coming out or questioning. The end of in-person learning and living on our campuses placed them in impossible situations. Many returned home to un-supportive families and had to either hide their identity or risk being shunned or kicked out altogether.

Meanwhile several states in the South and Midwest continue their assault on protections for transgender communities. In a distortion of gender equity, conservative legislators have essentially prohibited transgender youth in public schools from participating in sports.

Women are not safe. The experience of COVID has been gendered with women providing a significant share of the essential labor in- and outside the home. Many left the workforce altogether to care for loved ones and to coordinate the remote learning of their children.

Neither are their bodies safe. Last May Texas Governor Greg Abbott signed into Law the “Heartbeat Act” which prohibits abortion as early as six weeks after pregnancy. The law not only narrows access but also creates open season on literarily any person connected to an abortion procedure. Providing bounties of $10K, it empowers private citizens to sue in civil court any person involved—whether a ride share driver, clinic provider or medical practitioner—for violating the law. Challenged by the Center for Reproductive Rights, the conservative majority on the U.S. Supreme Court permitted the law to go into effect earlier this month.

Undocumented immigrants are not safe. Obstinate inaction by the U.S. Senate on immigration reform has only been matched by vindictive actions by state governments. Nearly 12 million people lead contingent lives while contributing to the viability of the economy and the quality of life for so many.

Yet, last July a group of nine states led by Texas prevailed in the Southern District Court to stop new applications for deportation relief under the 2012 Obama Executive Order known as Deferred Action for Childhood Arrivals (DACA). Raised in the U.S,. among the 700,000 DACA recipients include a growing number of doctors and lawyers, as well as college students and active service and veterans of the armed forces. Closing off this avenue is designed to make the American Dream for talented young undocumented people not just elusive but a nightmare of living in the shadows.

The pandemic of the unsafe will continue well after infections, hospitalizations and deaths from COVID become more manageable. In the U.S there is no vaccination for inequity or injustice. Only through seeing ourselves in relation to them can we begin to translate our compassion into lasting social change.