Ambry Thomas sends the 49ers to the playoffs 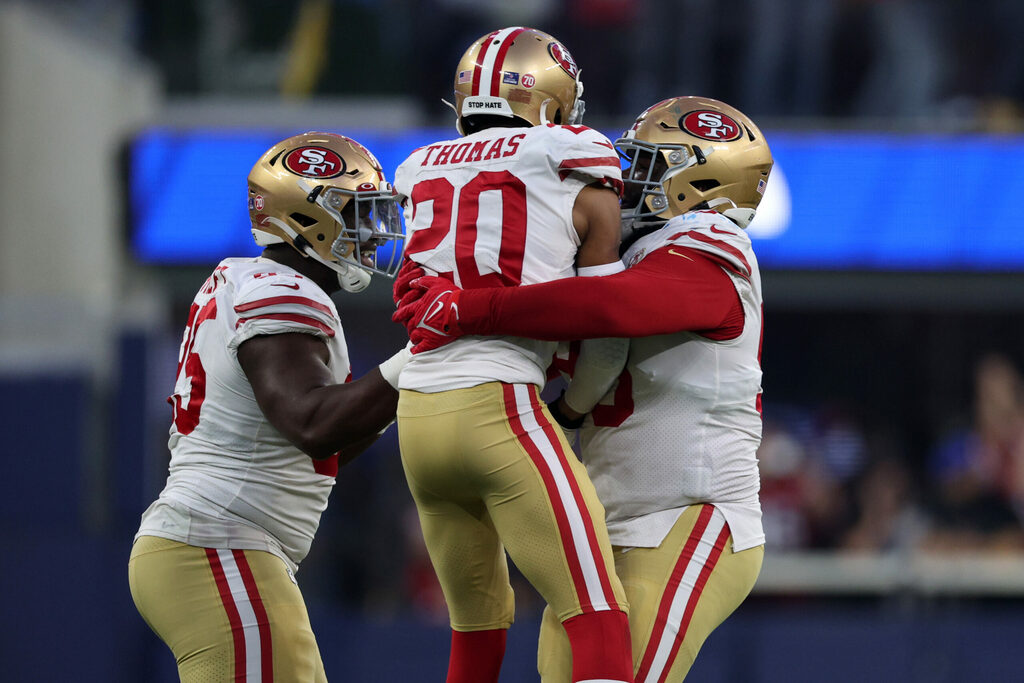 It was a rough rookie season for 49ers rookie CB Ambry Thomas. Injuries pushed him into action late in the year, and he started each of the final five games with improvement in each of those contests. Thomas’ biggest play of the year came on the last play of the regular season.

On a first-and-10 for the Rams late in overtime with the 49ers nursing a 27-24 lead, Rams QB Matthew Stafford unleashed a deep throw for wide receiver Odell Beckham Jr. The throw hung in the air and Thomas jumped up to haul it in. His first-career interception sealed San Francisco’s 27-24 win and sent the 49ers to the postseason.