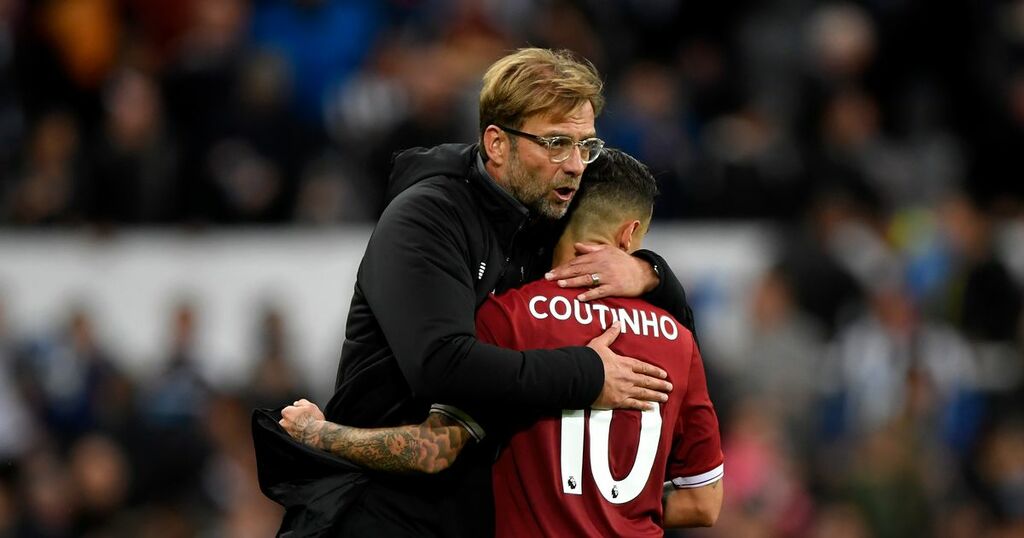 One of the talking points in recent days has been Philippe Coutinho's loan move to Aston Villa and whether or not Liverpool should have made a move to bring him back to Anfield.

Everyone was delighted when Robbie Fowler came back to Liverpool in 2006 because he was such a great player and one of the best of all-time at the club. He did well when he came back too, so it shows people can return and be a success.

With Coutinho, we didn’t have the same problems with him as we did with someone like Luis Suarez. Coutinho went for a very good price and we got great players like Alisson and Van Dijk as a result of that sale.

But the manager is the manager and he may think that bringing him back may stunt the growth of Curtis Jones, for example. Jones is the future whereas Coutinho isn’t. We all know that Jurgen likes to give the youth a chance, so that may be the reason.

When we have all our midfielders fit and well, we have around seven options. We have been to the bone in recent weeks in this area due to Covid and injuries and we will have to go into the market for a midfielder come the end of the season. Until then, we just carry on.

Carabao Cup fixture rearrangement is only likely to benefit one side

Only time will tell as to whether or not it’s a good or a bad time to play Arsenal after their FA Cup defeat to Nottingham Forest. It’s only a good time to play them if we play well.

It could prove to be a tougher game than if they had got through against Forest because they are likely to now produce a reaction. Arsenal have shown in recent games that they’re a threat and they have some exciting, young players like [Bukayo] Saka and [Gabriel] Martinelli. It’s over two legs and I just hope we put a strong team out.

Perhaps it is a good job they didn’t play us when they were originally supposed to because if they played the way they did against Nottingham Forest… it could have been a 5-0 win for Liverpool.

The fixture rearrangement has actually worked out in Arsenal’s favour as you always want the second leg at home. Those Arsenal fans who suggested Liverpool got this game called off on purpose don’t know what they’re talking about and you’re better off just ignoring them.

On another note, it was great to see Tranmere win again at the weekend to make it six league victories in a row.

I’m going to the game next Saturday against Rochdale and I’m looking forward to getting back to Prenton Park and seeing some familiar faces. Hopefully they can keep on this good run of form that Micky Mellon has inspired.