Amber Heard has told the court that she recorded Johnny Depp “howling like an animal” while was allegedly intoxicated on a private flight from Boston to Los Angeles because he wouldn’t remember how bad it was afterwards.

The defamation trial between Mr Depp and Ms Heard began on Monday 11 April in Fairfax, Virginia following Mr Depp’s lawsuit against his ex-wife in March 2019. Mr Depp is arguing that she defamed him in a December 2018 op-ed published in The Washington Post titled “I spoke up against sexual violence — and faced our culture’s wrath. That has to change”.

An alleged violent incident on the flight took place in May 2014 after Ms Heard had flown from New York to Boston to meet Mr Depp for their flight to LA.

“I knew in every cell of my body something was wrong,” she said about Mr Depp’s arrival on the plane. “He comes up to me and doesn’t say a word to me, but just goes and sits in a different seat across from me.”

“At some point, he’s asking me, do I have ‘something to tell him about what happened yesterday’,” she added. “He reeks of weed and alcohol ... I could anticipate this was a no-win situation here, there was no talking him down.”

“He’s asking me questions and I know to not engage. I’m being polite, but not engaging. Moving slowly. Eventually, he went from ‘do you have something to tell me’ to ‘tell me how much you like it, did he slip you the tongue?’,” she added.

At the time, Ms Heard was filming the movie The Adderall Diaries with actor James Franco.

Ms Heard said earlier that Mr Depp “was mad at me for taking the job with James Franco”.

“He hated James Franco, and was already accusing me of kinda secretly having a ‘thing’ with him in my past since we had done Pineapple Express with him,” she said.

On the flight, Ms Heard said Mr Depp “was being really explicit about my body, saying really disgusting things about how much I liked it. He said ‘I know you liked it’. He called me a go-getter, a s***. Also, this was happening in front of his assistants and his security on the plane. I struggle to tell you how embarrassed I was”.

She added that Mr Depp repeatedly asked, “if I liked it and [if] I was wet”.

“I wasn’t looking at him, and he said that was proof,” she said.

Ms Heard added that Mr Depp accused her “of wanting or deserving it”.

She said she began moving away from Mr Depp “very slowly” to not “trigger” him, adding that he was “taunting me, having a laugh, screaming”.

Ms Heard testified that Mr Depp then slapped her in front of one of his friends on the flight.

She added that he kicked a chair at her, asking “what are you going to do?” She said she “just stared at him” because she “wanted to get through to him”. She said it was “like he wasn’t seeing me”.

“There was a blackness in his eyes. I wanted him to see me, it didn’t even feel like him,” Ms Heard said.

She said she wanted “to penetrate the monster, to find the man she loved inside of that”.

Ms Heard said she walked away and that Mr Depp told her to “hurry up”.

“My back is turned to him, I feel this boot in my back. He just kicked me in my back. I fell to the floor, and it felt like I was looking at the floor of the plane for a long time,” she said, adding that “you could hear a pin drop” on the flight.

She said she was embarrassed that it happened in front of the crowd, but that “I didn’t know what to do about it”.

Ms Heard said Mr Depp was filled with regret after the flight.

“He came to New York to fight for me, to fight for the relationship,” she said. “He said he was embarrassed and sorry, and I believed him, so I got back with him on the condition that he would do the full clean up, the detox, and never go back.”

During the cross-examination of Mr Depp when he testified earlier in the trial, Heard lawyer Ben Rottenborn read an email from Mr Depp to Ms Heard sent the day after the flight.

“Once again, I find myself in a place of shame and regret,” Mr Rottenborn said, quoting the email.

“Of course I am sorry, I really don’t know why or what happened, but I will never do it again,” he added. “I want to get better for you and for me – I must. My illness somehow crept up and grabbed me. I can’t do it again, I can’t live like that again, and I know you can’t either.”

Mr Rottenborn said Mr Depp texted his “good friend”, British actor Paul Bettany, five days later that he had drunk all night before the flight to LA, that he had had no food for days, that he had consumed powders – referring to cocaine – half a bottle of whiskey, ‘a thousand’ red bull and vodkas, pills, and two bottles of ’champers’ on the plane.

“What do you get? An angry aggro-engine in a f***ing blackout,” Mr Rottenborn said, quoting Mr Depp’s message to Mr Bettany. “Screaming obscenities and insulting any f*** who got near.”

“I’m done, I’m admittedly too f***ed in the head to spray my rage at the one I love,” Mr Depp added, according to the court documents.

Mr Rotterborn asked if the two bottles of champagne on the plane were referring to the flight between Boston and LA.

“There’s no reason you would tell Paul Bettany that you were in a blackout, correct?” Mr Rottenborn asked.

“When I write a text, particularly if I’m in an impassioned place – it’s a canvas, it’s a painting, you choose your colours,” Mr Depp said, rejecting the notion that he was in a blackout on the plane.

Mr Rottenborn noted that during his testimony in his UK trial against The Sun newspaper, which he sued for branding him a “wife-beater”, Mr Depp said there was “probably not” any reason for him to tell Mr Bettany something that wasn’t true.

Mr Depp didn’t agree that he was “very drunk” on that flight.

Mr Rottenborn went back to the UK transcript in which Mr Depp was asked if he had been drinking or taken drugs before or during the flight, to which Mr Depp said, “sure, for the purposes of getting through this, let’s say yes – everything you have said – I agree”.

Mr Depp said he was “caving in” to the questioning at the time.

The Heard legal team then played three excerpts from a piece of audio of Mr Depp seemingly moaning in pain.

“It sounds like a pained animal and it’s my voice,” Mr Depp said in response to the audio recording.

In the last excerpt, Mr Depp’s former security guard Jerry Judge can be heard saying, “I’m going to stay with this f***ing idiot in case he gets sick”.

“The recording of the pained noises is not from that flight,” Mr Depp said, without specifying where and when the recording was made. 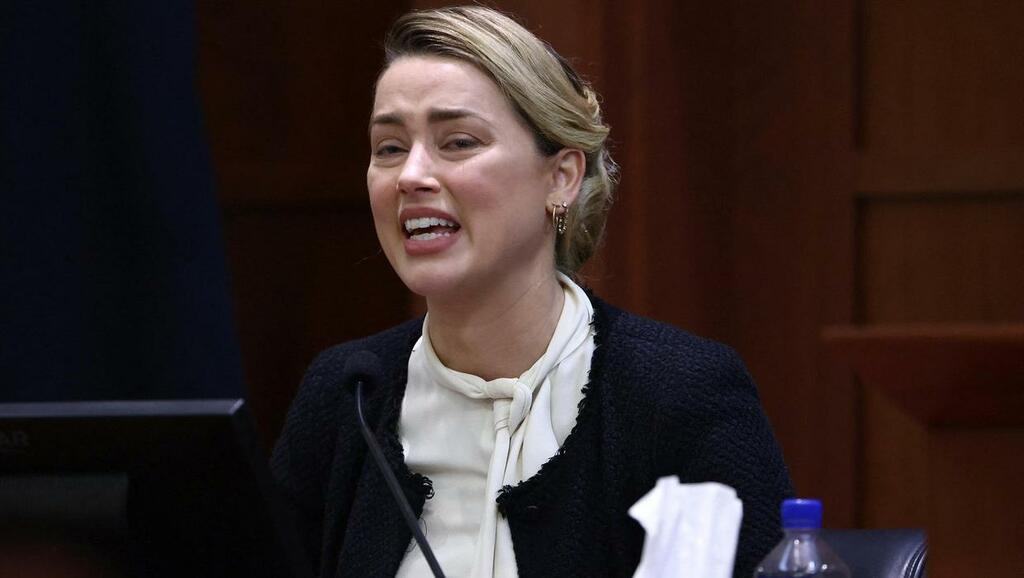 The 58-year-old actor is suing ex-wife Amber for libel over a 2018 article she penned in The Washington Post.

Heard is testifying in defamation trial in Virginia

‘I, for the first time, hit him, square in the face. And he didn’t push my sister down the stairs,’…

The Independent UK
One subscription that gives you access to news from hundreds of sites
Johnny Depp v Amber Heard: Most explosive moments so far in star-studded defamation trial

Over first two weeks of testimony, jury has heard from string of witnesses including couple’s former marriage counselor, their friends…