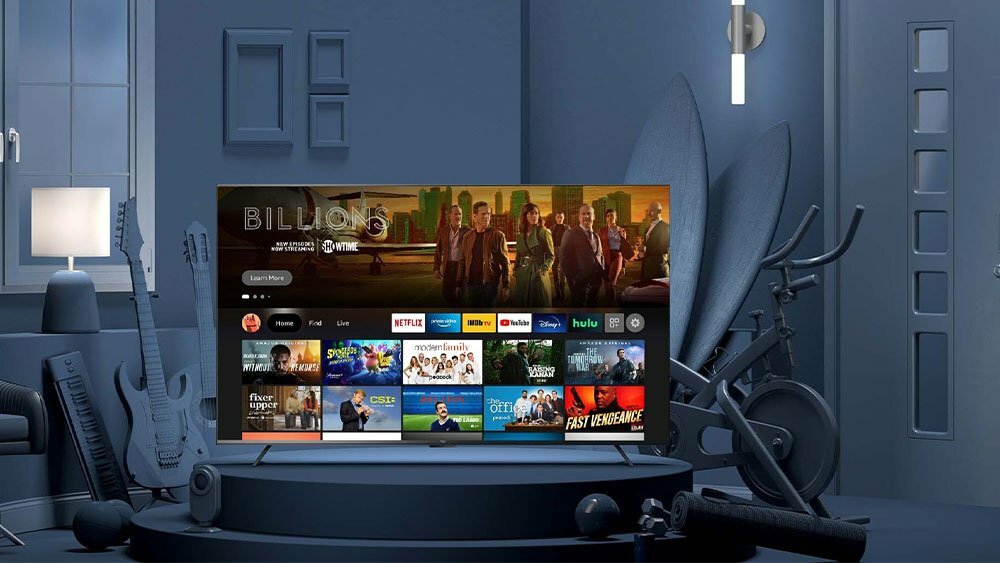 Amazon pushed deeper into the television market Thursday, announcing an all-new lineup of devices and its first Amazon-branded 4K smart TVs. The Amazon TV products go on sale in October.

Amazon rivals in the smart-TV market include Roku, the Google unit of Alphabet and Apple. But Amazon is the first to offer its own branded TV. The Amazon sets will be sold through its e-commerce site and Best Buy.

Amazon stock edged down 0.7%, near 3,502, during afternoon trading on the stock market today.

For years, Amazon has offered a streaming TV device known as the Fire TV stick, as well as the Fire TV Cube. The new set of products presents a new challenge for other makers of smart TVs.

The Amazon products will provide hands-free voice navigation through its Alexa platform. Users can ask the TV to play any TV show or movie, as well as music. They can also check the weather and view smart-home cameras.

Traditionally, pay-TV services controlled what programs people got to watch, as a handful of major cable and satellite providers oversaw the distribution of content. But times have changed. Now, the rise of streaming video has created new gatekeepers for what consumers see on television. Roku, Amazon, Apple and others are disrupting the marketplace.

Roku and Amazon currently license their smart TV operating system to television manufacturers to use with their brands. Amazon already offers a streaming video service, Amazon Prime Video, to its Prime subscribers.