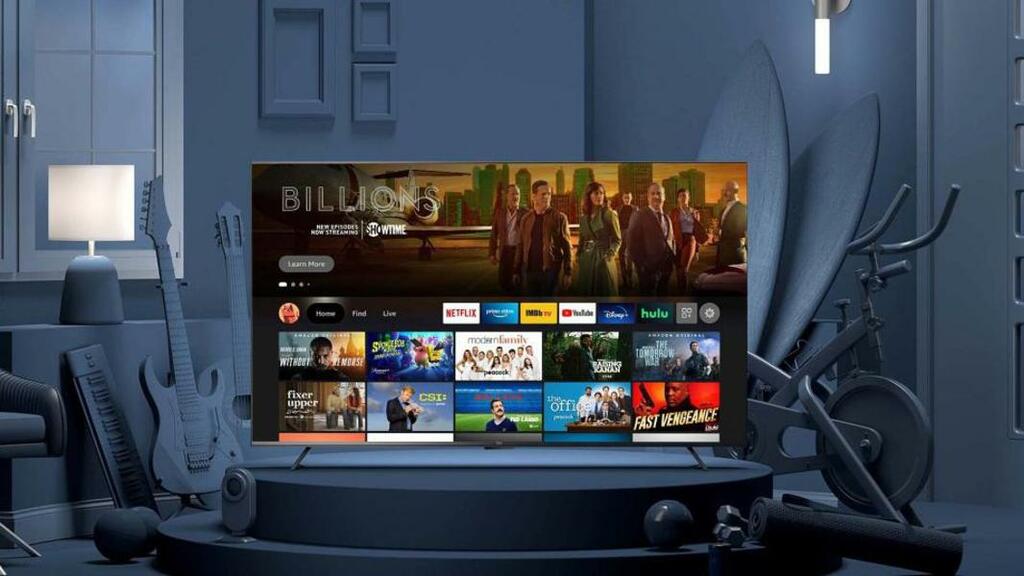 As if the TV marketplace wasn’t already tough enough, the established Japanese and South Korean brands, as well as aggressively priced newer rivals from China, now have another major player to contend with: Amazon.

The Galactic Empire-sized online retailer has just announced that it’s going to be bringing to market two Amazon-branded TV ranges. And just to be clear, these really are fully fledged TVs, with screens, connections and everything, rather than just new variants of the external streaming boxes and sticks the brand has done so well with over recent years.

The more expensive Amazon Omni range will be available in the US from October in 43, 50, 55, 65 and 75-inch screen sizes, priced at $410, $510, $560, $830 and $1,100 respectively. They will chiefly differ from the cheaper Fire TV 4 range (which also appear in October) by virtue of a slimmer design; a far-field mic so they can respond to Alexa voice commands without you needing to have the remote in your hand; Dolby Digital Plus audio support, the option to add a webcam for video calls (including Zoom!); and support on the largest 65 and 75-inch Omni models for the premium Dolby Vision high dynamic range format.

The cheaper Fire TV 4 models will come in 43, 50 and 55-inch sizes, costing just $370, $470 and $520 respectively. Crucially, even though these sets will lack a little of the design pizazz and a few features of the Omnis, they will join their more premium siblings in delivering what Amazon claims will be better integration of the Fire TV OS and Alexa voice recognition systems that have become so important to Amazon’s quest for total living room domination.

We’ll actually have to see the new TVs to see how just how much of a difference Amazon having control of both the hardware and the software of its new TVs makes to the overall user experience. If it’s as considerable as Amazon seems to think it is, though, the combination of this extra simplicity and the TVs’ aggressive pricing could prove seriously attractive to consumers. Especially when it comes to the second-room TV market.

Both of Amazon’s new ranges have other potentially handy ‘smart’ tricks up their sleeves, too. They should be able to automatically log on to your Wi-Fi network via any Echo Smart speakers you might have in your house, for instance. What’s more, following a software update later in the year, both TV ranges should be able to monitor and even provide rudimentary control over other smart devices (such as fridges and lighting systems) you have on your home network.

How attractive Amazon’s new TVs might be as main living room sets will depend on how they perform from a picture and sound quality perspective. With that in mind there’s frustratingly little to go on in the information Amazon has released so far.

We do know they are all 4K models, though, and that they all support HDR in the HDR10 and HLG formats (only the two largest Omni sets get Dolby Vision as well). They will all also use LCD rather than OLED screen technology, but we can’t say yet whether they’ll get IPS or VA panels; how bright they might be; whether they’ll use direct or edge-based LED lighting; or whether they’ll benefit from any sort of local dimming.

There’s no word, either, on where Amazon might be sourcing the core panel technology in its new TVs from, given that even Amazon isn’t at a point where it can engineer and manufacture every aspect of its new TVs from scratch.

Given the importance of ‘smart’ features to today’s TV world, though, the power of the Amazon name, and the influence price has on so many TV buying decisions, Amazon’s new TVs have every chance of making a significant splash at the first time of asking. Especially if, as seems likely, the Amazon television roll out extends to other territories beyond the US.

An honest to goodness Apple Television set, anyone?

It’s not beyond the realms of possibility, either, that Amazon’s move will be the start of a new trend. Google making own-branded TVs for its Android/Google TV platform, perhaps? Or even Apple finally doing what pundits have been dreaming of for decades and releasing an actual Apple television set?

One other potential consumer benefit of Amazon launching its own televisions is that if they do indeed do well, taking a chunk out of the lower end sales of more established TV brands, that will likely provide even more incentive for those other brands to make a performance splash with their high-end models. Or maybe that’s just wishful thinking.