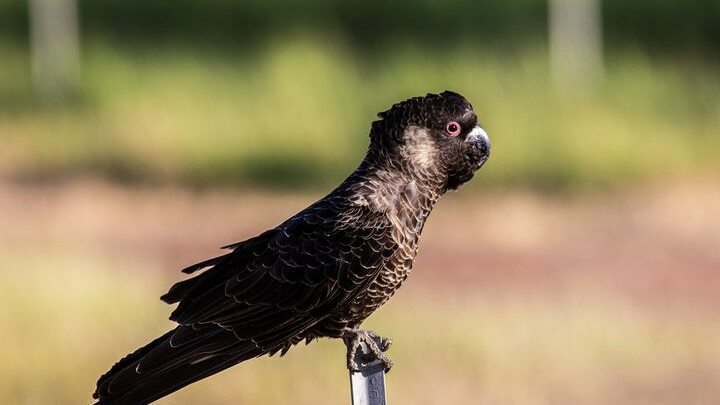 Half a century of study and conservation at Coomallo Creek in WA's Midwest has been rewarded as researchers identify the oldest wild Carnaby's black cockatoo in Australia.

A wild male bird was found with a tag dating back to 1986, making it the oldest wild black cockatoo to be recorded in Australia.

Previously, the oldest bird recorded was believed to be about 30 years old.

Rick Dawson has been researching the threatened species at Coomallo Creek, between Perth and Geraldton, for about 20 years, and was thrilled by his find.

When Mr Dawson noticed a "dark and dusky" bird with a tag on his left leg, he knew he was onto something special.

"Ironically, later on that morning I found another male with a left band on his leg but I couldn't get the number … so we might've had another one that was probably in the 30s as well."

Mr Dawson said the bird was in good health, mating with his female partner in a new artificial hollow.

"This bird was banded in nest 111, and we saw it only 6km away … from where he was born, so their nest-site fidelity is so huge.

Carnaby's black cockatoos were always believed to be long-lived, and do not start breeding until about four years old.

"Our research is showing that a pair have to stay together for 16 to 18 years to reproduce themselves, because they're not coming back in the numbers we'd like them to," Mr Dawson said.

Mr Dawson said the significant find was thanks largely to the foresight of researchers such as Dr Dennis Saunders in banding the birds, and was also a credit to the ongoing work being done to conserve them.

"We've nicknamed the place 'cockatoo club med' because we spent a lot of time and effort making such a big difference.

"I don't think anyone else can boast those sort of numbers."

The 35-year-old cockatoo does not have a name, and Mr Dawson said they were not in the habit of personalising the birds, but they might have to make an exception in this case.

"If anything he's a star: A star for making it so long, and a real good ambassador for his species, so we might have to give that a bit of thought."