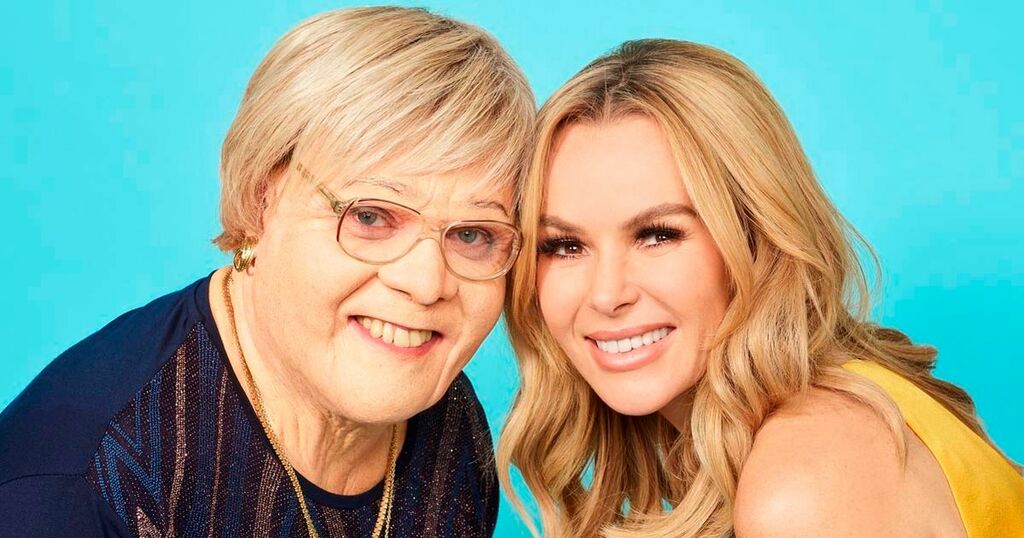 Much as I hate to be proven wrong, it looks like I may owe Amanda Holden an apology.

When she did her “foreign languages all sound the same to me” bit at this year’s Eurovision Song Contest, I confidently predicted that it would end up being her most embarrassing moment of 2021.

Two minutes into E4’s new comedy misadventure The Holden Girls: Mandy And Myrtle on Tuesday night, I realised just how much I had underestimated her.

That punning title should have been warning enough. I should have also clocked that this project apparently started life as a sitcom before being reclassified as a mockumentary – which is TV-speak for not funny enough.

Others would have seen the involvement of Keith Lemon and Bo’ Selecta! creator Leigh Francis as an even bigger red flag.

Not me. Whatever his faults, over the years Francis has proved himself to be a fine comedy actor with impeccable comic timing and a razor sharp understanding of celebrity culture.

However, this project still goes straight on the “got that one badly wrong” pile.

You only had to look at the wafer thin premise. Francis (in Ant & Dec-style prosthetics and drag) plays Myrtle, a former cleaner from Doncaster, who for the purposes of the set-up, also happens to be Holden’s real-life nan.

Get all the latest TV news sent to your inbox. Sign up for the free Mirror newsletter

We can discuss what is so hilarious about Holden’s nan being a humble cleaner another time, although it did give a possible insight into how Holden sees herself these days.

The premise might have worked had Myrtle simply been a long-lost relative suddenly plunged into Holden’s glamorous London life, with Holden then tasked with convincing her family and famous friends that she was real – a sort of celebrity version of Channel 4’s short-lived but legendary reality show My New Best Friend.

Sadly, that didn’t happen. Holden’s family clearly wanted no part in it – and are therefore played by actors – while her showbiz pals such as Ben Shephard, Howard Donald and Eamonn and Ruth are so in on the joke they start trying to do the joke.

Experts in their chosen TV fields they may be, but when it comes to comedy acting I’m afraid they are even less adept than Holden.

And if you disagree with me about her comedic skills, I’ve got a boxset of her 2009 one-series sitcom Big Top that says I’m right.

Little wonder then that by episode two, Myrtle announced “I’m done. I can’t go on with this anymore”.

Was she also speaking for Leigh Francis? Possibly.

Was she speaking for the viewers? Definitely.