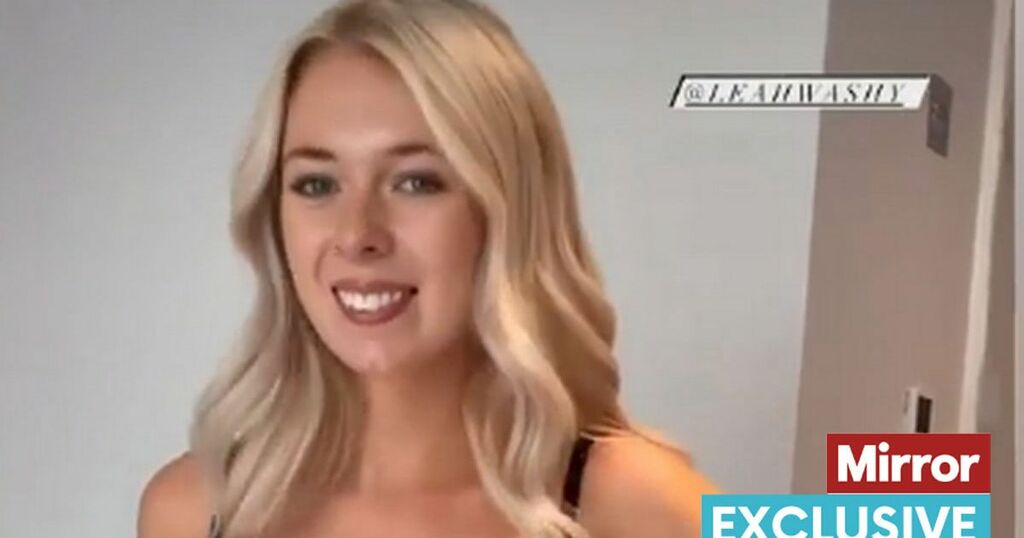 A woman who lost her left leg in a rollercoaster crash at Alton Towers has hailed her supportive boyfriend for boosting her body confidence.

Leah Washington said Joe Pugh, who was also seriously injured in the accident, has helped give her the courage to pose for pictures showing her prosthetic limb.

Leah, 24, from Barnsley, South Yorkshire and ambassador for fashion company Pour Moi last month shared an empowering set of underwear snaps in a photoshoot for the brand.

Speaking to the Mirror, she credited her encouraging boyfriend Joe Pugh for supporting her body confidence journey.

“He is amazing and always encourages me to put things on Instagram,” Leah said.

What gives you confidence? Join the discussion in the comment section

“He says ‘just think of who you are helping’.

“I don’t think I would be as confident as I am without Joe, and my mum and dad, my brother and nan.

“It helps having a good close circle and positive attitude.”

Leah was one of five people seriously injured on the Smiler crash at Alton Towers in June 2015.

She said she still thinks “all the time” about how things could have been different that day as she supports Air Ambulance Week.

“If I ever see an air ambulance I look up and think. It will always stick with me that they saved my life.

“The reminder every day is when I wake up and have to put my prosthetic leg on but I’m grateful I’m still here, can help others and enjoy life.”

The positive role model said she now feels “as recovered as I can be” and is able to walk up to three miles.

She added: “I still go to physiotherapy and I’m doing well.

“I had a little rough patch a couple of years ago where my strength went but I’m at a good place at the moment.”

Doing various charity events to raise money for causes close to Leah’s heart over the years has given her something to focus on and has also been a big part of her recovery.

Leah and current boyfriend Joe’s carriage on the Smiler rollercoaster ploughed into a stationary train on the track.

Leah and another passenger lost a leg in the crash, while Joe’s kneecaps were smashed in the impact.

A total of 16 people were hurt and at least five were seriously injured.

Leah is fronting a photographic exhibition entitled ‘It was just a normal day, until…’ showcased at various locations and running throughout autumn to commemorate the 30th anniversary of Midlands Air Ambulance Charity (MACC).

Air Ambulance Week (Sep 6-12) is the only week in the year dedicated to raising awareness and funds for the vital lifesaving work of air ambulance charities and is organised by Air Ambulances UK.