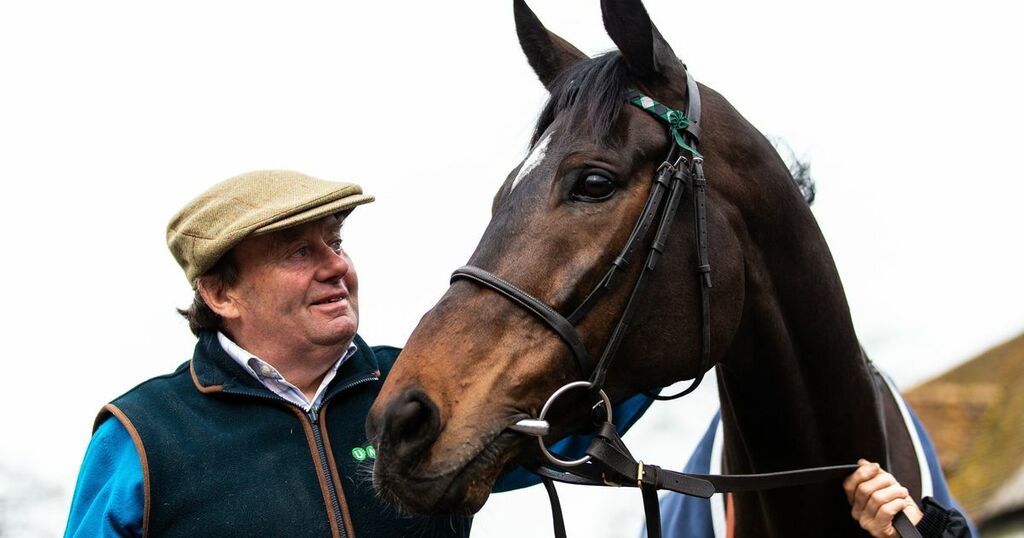 Record-breaking champion Altior was hailed "phenomenal" by Nicky Henderson as he revealed the chaser had run his last race.

The four-time Cheltenham Festival winner, the first horse to win 19 consecutive races over jumps, was retired by owner Patricia Pugh.

Writing in his Unibet blog, Henderson said: "It’s a very tough decision to make, but I am pretty sure he has enjoyed every moment of it as much as we all have."

Altior was last seen on a racecourse in the Grade 1 bet365 Celebration Chase back in April, when a brave second to winner Greaneteen.

The winner of 21 of his 26 races, earning more than £1.3million, he is to spend his retirement with former top jockey Mick Fitzgerald.

"He goes out unblemished and very nearly unbeaten, and for his retirement he is going to be looked after by Mick and Chloe Fitzgerald and I know they are as happy as we are that he is going to have a long and happy retirement with them just two miles down the road from us," Henderson added.

"All good things must come to an end and unfortunately that time has come. It is the end of a wonderful era we will never, ever want to forget."

In a lengthy tribute, Henderson hailed his superstar's jumping as "absolutely phenomenal," comparing him to Seven Barrows legend Sprinter Sacre.

His 19-race winning run, which spanned four seasons, was brought to an end by Cyrname in Ascot's 1965 Chase in November 2019 – tackling the longest trip he raced over.

Since then his career had been restricted to just three more starts, including his final appearance on the last day of the 2020-21 season.

Henderson was forced to scrap plans to run him at the Cheltenham Festival for the past two seasons, where he previously starred under Nico de Boinville.

The jockey rode him to victory on 18 occasions, while Noel Fehily celebrated three triumphs aboard the classy two-miler.