Alpine A110 review: Two-door sports car keep its good looks and has an upgrade inside

Renault has updated its Alpine sports car range – which is excellent news as it gives us an excuse to drive what is one of the best sports cars you can buy.

Sales of the Alpine A110 started slowly in the UK – not too surprising because it’s a name not very familiar outside the classic car world.

In France, where Alpine is like our Lotus, the A110 sold like mad from day one in 2017, but its limited appearance on our streets has improved awareness, further boosted by Renault rebranding its Formula One team as Alpine last year. Now we have the new-for-2022 Alpine range.

Thankfully, nothing has been done to the looks of the car. Nothing was needed.

What has changed is the line-up of the range and the technology in the cabin.

I’m not a fan of overly complicated systems in cars, especially lightweight and simple sports cars. But the one gadget I do like (which I miss every time I drive our family Saab) is smartphone mirroring and Apple CarPlay.

It seems that 2017 Alpine A110 owners are of the same mind and must have let the company know. Now all models come with mirroring that supports Apple and Android.

There are three A110s to pick from. The entry-level model comes with the same 1.8-litre turbocharged four-cylinder engine fitted to both the other cars, but with 252bhp as opposed to the 300bhp of the others.

Its price is £49,905 without options. The other models are the A110 GT, which costs £59,355, and the A110 S which is £59,995. Although they have the same power, the S is the more focused car with stiffer suspension and an optional aerodynamic package that includes a rear wing and front splitter.

You can tell the S because of its orange brake calipers.

We drove all three cars but we’re going to concentrate on the A110 here because not only is it the cheapest, but in my opinion it’s the best one, too.

In a perfect world I’d like to have the choice of a manual gearbox but that’s not available on the Alpine so it’s a seven-speed double-clutch automatic or a trip to Porsche which will sell you a manual Cayman.

I love the Cayman but the A110 is lighter and I love it more than the Porsche.

If you intended to regularly take your car to track days at racing circuits then you might go for the extra power and stiffer suspension of the S, but even then I’m not convinced.

I’ve driven the 2017 entry-level A110 on a track and it is more than quick enough and handles perfectly well. On the road I am absolutely sure that 252bhp is more than adequate. At the launch of this version (at the Alpine F1 HQ in Oxfordshire) I followed a fellow journalist who was in a A110 S. He didn’t disappear into the distance with his extra 48bhp because he kept coming up against traffic. The aerodynamic add-ons on the A110 S significantly reduce drag and lift the car’s top speed to just over 161mph from the A110 and GT’s 155mph.

What makes the Alpine so special is its lightness, the compact dimensions and feedback you get from the steering and brakes.

There’s not much room for luggage but it’s easy to get in and out and it rides well over bumps.

Even the S, with its stiffer suspension, isn’t jarringly uncomfortable.

When Lotus’s new Emira sports car goes on sale later this year the Alpine will have a significant rival (heavier and more expensive), but for now there is no better sports car on sale at any price. 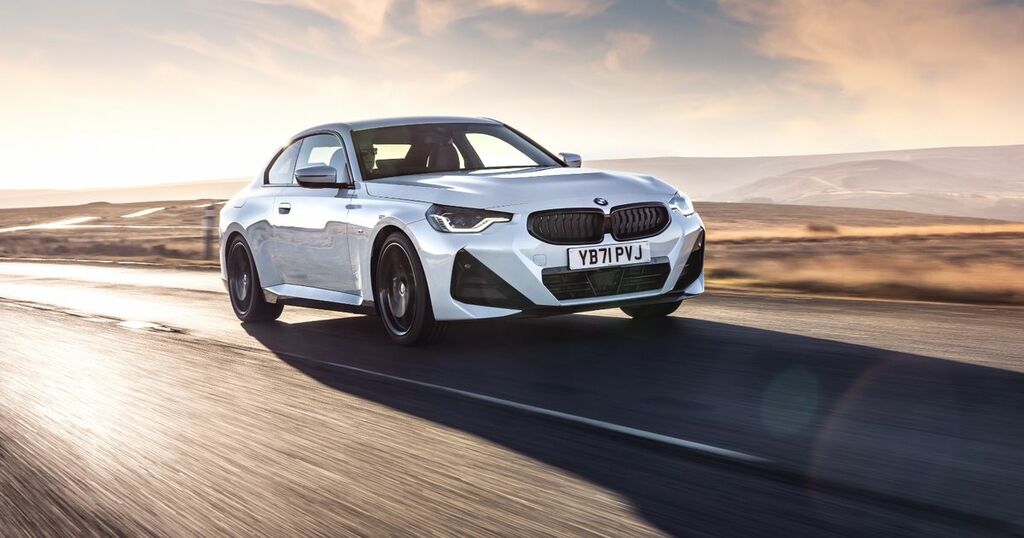 BMW 2 Series Coupe review: Coolest car for English country lanes
We’re testing the 220i which in this M Sport specification costs £34,450 without any options. It’s painted in Mineral White…