Almost 60% of teachers say they want out. What is Labor going to do for an exhausted school sector?

During the 2022 federal election campaign, schools barely rated a mention.

While the Labor government’s cabinet will not be finalised until next week, we expect Tanya Plibersek to become education minister. She will have plenty to do.

The education sector presents the new government with several pressing challenges. These range from teacher shortages to concerns about school funding and student and teacher safety and well-being.

Here are some of the good, the bad, and the missing from Labor’s existing plans.

With COVID still circulating widely, health experts say there is more to be done to ensure students and teachers are safe in schools.

To answer this call, Labor has promised A$440 million for new ventilation systems and open-air learning spaces, as well as support for mental health services. This is a good start.

Read more: 'It's almost like a second home': why students want schools to do more about mental health

Labor will also spend $6 million on a digital licence for school students. As Plibersek explained, “this is the pen licence for the digital age”, helping kids stay safe and use the internet wisely. There will also be a program for secondary students to think more critically online.

Schools and parents are likely to embrace this initiative, especially given how much virtual and in-person learning have become intertwined during the pandemic. However, some computer experts say it needs greater funding to be effective.

There is mounting concern about the increased involvement of private ed-tech companies in education. A recent analysis found that data collected through Google Classroom, for example, can be used for improving other Google products. As these actors play an increasingly important role in schools, the government has a responsibility to make sure private involvement is held to account and monitored closely.

The greatest emergency in education right now is the growing teacher shortage across Australia.

Teachers are leaving the profession in record numbers, with no end in sight for when this might turn around. Monash University education researcher Amanda Heffernan and colleagues recently surveyed 2,444 Australian primary and secondary school teachers, and found a staggering 59% said they intended to leave the profession.

Read more: COVID and schools: Australia is about to feel the full brunt of its teacher shortage

Labor campaigned on this awareness but offered a solution that many experts warn is misguided. The plan is to offer high-achievers (based on ATAR scores over 80) $10,000 per year of study to do an education degree. Students who commit to remote teaching will be offered $12,000 per year.

Labor is right to acknowledge this looming crisis, and to consider financial supplements as a potential remedy. However, the proposal fundamentally misunderstands the reasons teachers are leaving in droves.

Their narrow focus on recruitment fails to address the unbearable workloads, poor working conditions and excessive testing that created the problem in the first place. Teachers are feeling demoralised, exhausted and undervalued, which has only been exacerbated by increased responsibilities during COVID.

Since the time of the announcement, no education expert or major teacher organisation has publicly praised this initiative, which is quite telling. If Labor ignores the root causes of declining retention numbers, and fails to establish a long-term and meaningful recruitment strategy, this problem will continue to worsen over the coming years.

Labor has been surprisingly quiet on the issue of school funding, despite this being one of its major priorities in the past.

Concern about inequitable funding between government and non-government schools continues to be a hot topic for education experts and parents alike. Earlier this year, public school advocacy group Save our Schools analysed ten years of funding data. It found funding for public schools increased by $703 per student, while Catholic and independent schools increased by $3,338 per student.

Now with concerns over “learning loss” from COVID, these disparities are even more troubling. Therefore, it is disappointing Labor hasn’t more forcefully addressed the need for greater equity of funding and resources across the various school sectors.

However, with the Greens potentially having more influence in federal parliament, this issue may receive more attention. The Greens campaigned on fully funding the Gonski recommendations with a promise of $49 billion for public schools.

There are other important issues glossed over in Labor’s education plans, which also boil down to equity.

At the top of this list is the need to redress the historically under-resourced schools that primarily serve Aboriginal and Torres Strait Islander students. Similarly, schools are becoming more segregated based on students’ relative advantage. This means disadvantaged students are concentrated in disadvantaged schools, which has big implications for students’ achievement and a “fair go”.

Having Labor education ministers at the federal and most of the state levels might mean greater policy coherence overall. However, I would be reluctant to predict a complete ceasefire over some contentious matters, such as the ongoing curriculum wars. 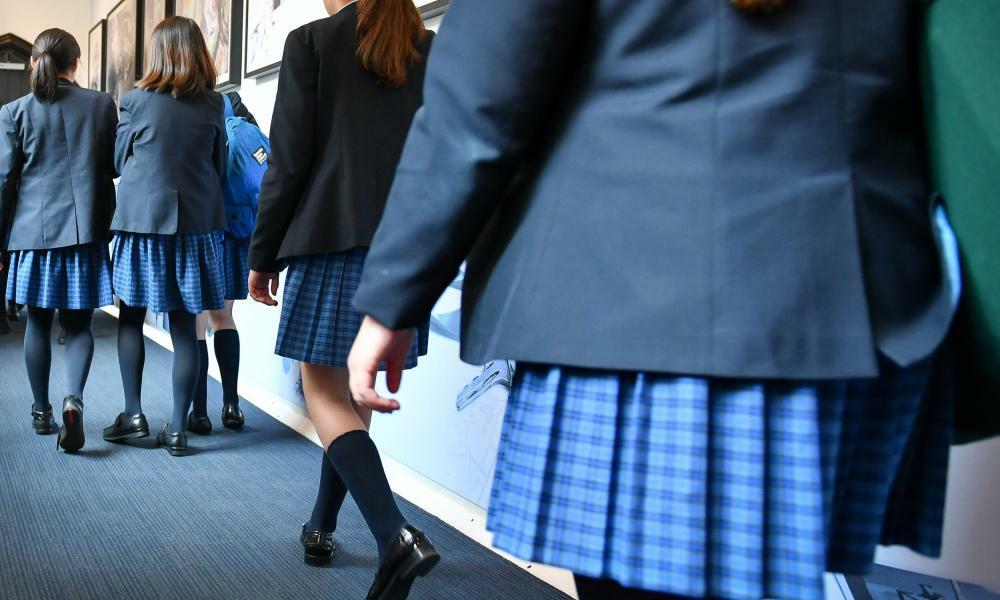 The Guardian - UK
One subscription that gives you access to news from hundreds of sites
How well does the new Australian Curriculum prepare young people for climate change?