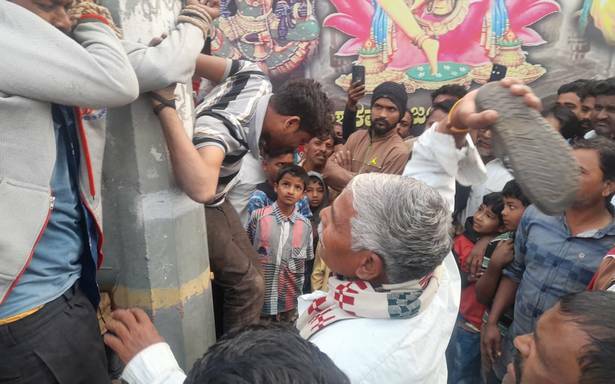 A crowd beat up two youth accusing them of stealing vehicle battery before handing them over to the police in Bavan Saundatti village near Raibag in Belagavi district on January 15 morning.

Ashok Gokavi, 21, and Sudhakar Champu, 20, were caught by some shopkeepers in the wee hours of January 15 while they were allegedly trying to steal batteries of tractors parked on the roadside. They tied them to a lamp post and beat them for over half-an-hour before Raibag police arrived.

The crowd accused the youth of being responsible for several thefts of tractor batteries. The police rescued the youths from the wrath of the villagers and took them to the police station.

Superintendent of Police Lakshman Nimbaragi said the investigation will cover all aspects of the incident, including the alleged assault on the youth.

Two cases have been registered, one of theft against the two youths and another of causing hurt, against unidentified persons.