A British man accused of being a member of a notorious Islamic State terror cell dubbed "The Beatles" has been arrested on terror charges after landing in the UK.

Aine Davis was detained by counter terror officers at Luton airport on Wednesday night following his release from a Turkish jail.

The 38-year-old is believed to have been deported after serving a seven-and-a-half-year sentence for terror offences.

During his trial, Davis denied being part of the Beatles, so-called by their hostages because of their British accents.

The terror cell was infamous internationally for torturing and beheading American journalists and British aid workers in Syria.

Davis is being held in custody after being arrested by officers from the Metropolitan Police's Counter Terrorism Command.

He was detained under the Terrorism Act and was taken to a south London police station and remains in custody.

A Home Office spokesperson said: "We will always ensure the safety and security of the UK, and will not allow anything to jeopardise this."

"We can confirm that a British national has been deported from Turkey to the UK, but it would be inappropriate to comment further while police enquiries are ongoing."

Davis was arrested in Turkey in 2015, hiding in a villa on the outskirts of Istanbul, he was convicted in 2017 of being a senior member of a terrorist organisation.

It is claimed that he is the Islamic State Beatle dubbed "Paul" by the Western hostages, the others being "John", "George" and "Ringo". The four are all though to have grown up in west London.

They are accused of being responsible for beheadings in Iraq and Syria, as shown in the beheading videos of American journalists James Foley and Steven Sotloff, and British aid workers David Haines and Alan Henning, in 2014.

The leader of the cell, Mohammed Emwazi, known as Jihadi John, was killed in an airstrike in 2015.

The two other members, Alexanda Kotey and El Shafee Elsheikh, were convicted earlier this year in the US of executing hostages, torture and kidnap.

Davis, the son of a school dinner lady and a father who briefly worked for John Lewis, was born in Hammersmith in February 1984 and spent his early years in Fulham.

He was one of 13 children his father had by four different mothers. Aged five, he was sent to Gambia, his father’s birthplace, to live with his grandmother because he was “driving his mother crazy”.

He returned to the UK aged eight before going back to Gambia and then returning to London for good aged 17. At some stage, he is thought to have converted to Islam.

In 2009, Davis travelled to Yemen, enrolling at a religious Islamic school and later embarked on further travels to the Middle East, visiting Saudi Arabia on a pilgrimage, and then Yemen, Egypt and Qatar.

He had two children with his second wife before announcing in 2013 he was off to Syria via Turkey. 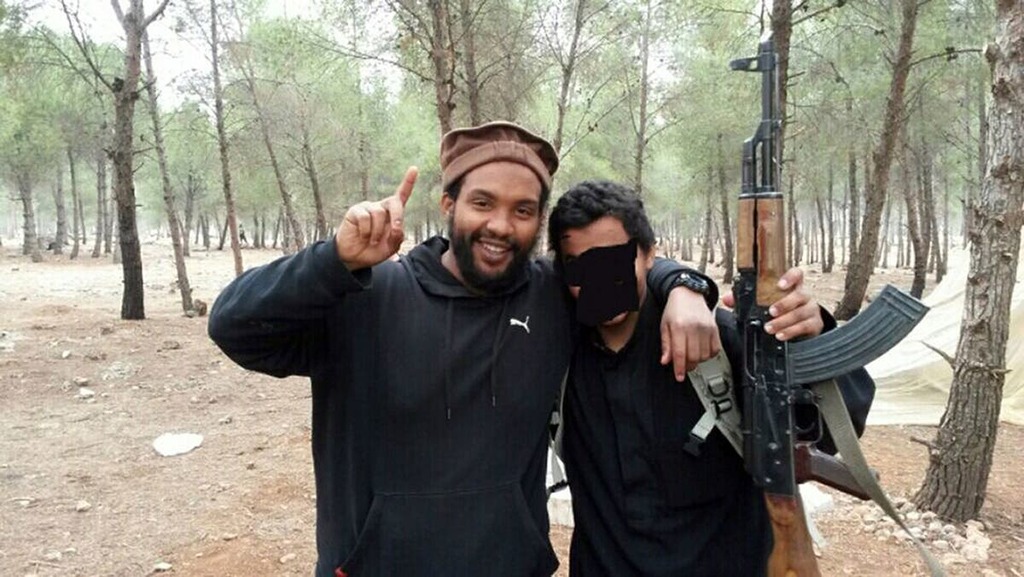 The Independent UK
From analysis to the latest developments in health, read the most diverse news in one place.
Aine Davis: Alleged fourth IS ‘Beatle’ arrested at Luton airport on terror charges

Aine Davis, 38, was arrested on Wednesday evening after arriving into Luton airport on a flight from Turkey, according to…

Aine Davis, 38, was arrested on Wednesday evening after arriving into Luton airport on a flight from Turkey, according to…

The Independent UK
One place to find news on any topic, from hundreds of sites.
Fourth alleged ‘Beatles’ terror cell member to appear in court