All the twists and turns in the Musk-Twitter takeover saga

Elon Musk on Tuesday tweeted that his $44 billion deal to buy Twitter "cannot move forward" unless company CEO Parag Agrawal publicly proves that less than 5% of users are bots or spam accounts.

Why it matters: Musk's Tuesday tweet was just the latest in a series of ongoing acts from Musk amid his bid to buy Twitter and take it private. Here is a timeline of Musk's remarks, discussions and dealings in his quest to buy the company.

March 26: Musk contacts Jack Dorsey, Twitter’s founder, former chief executive officer and one of Twitter’s current directors, to discuss "the future direction of social media," including the benefits of open social protocols, according to an SEC filing.

April 5: Twitter submits a filing before the SEC that makes Musk a director until 2024.

April 11: Twitter CEO Parag Agrawal tweets that Musk would not be joining Twitter's board.

April 14: Musk offers to buy Twitter, saying he would pay $54.20 a share in cash, or about $43 billion, according to documents filed with the SEC. 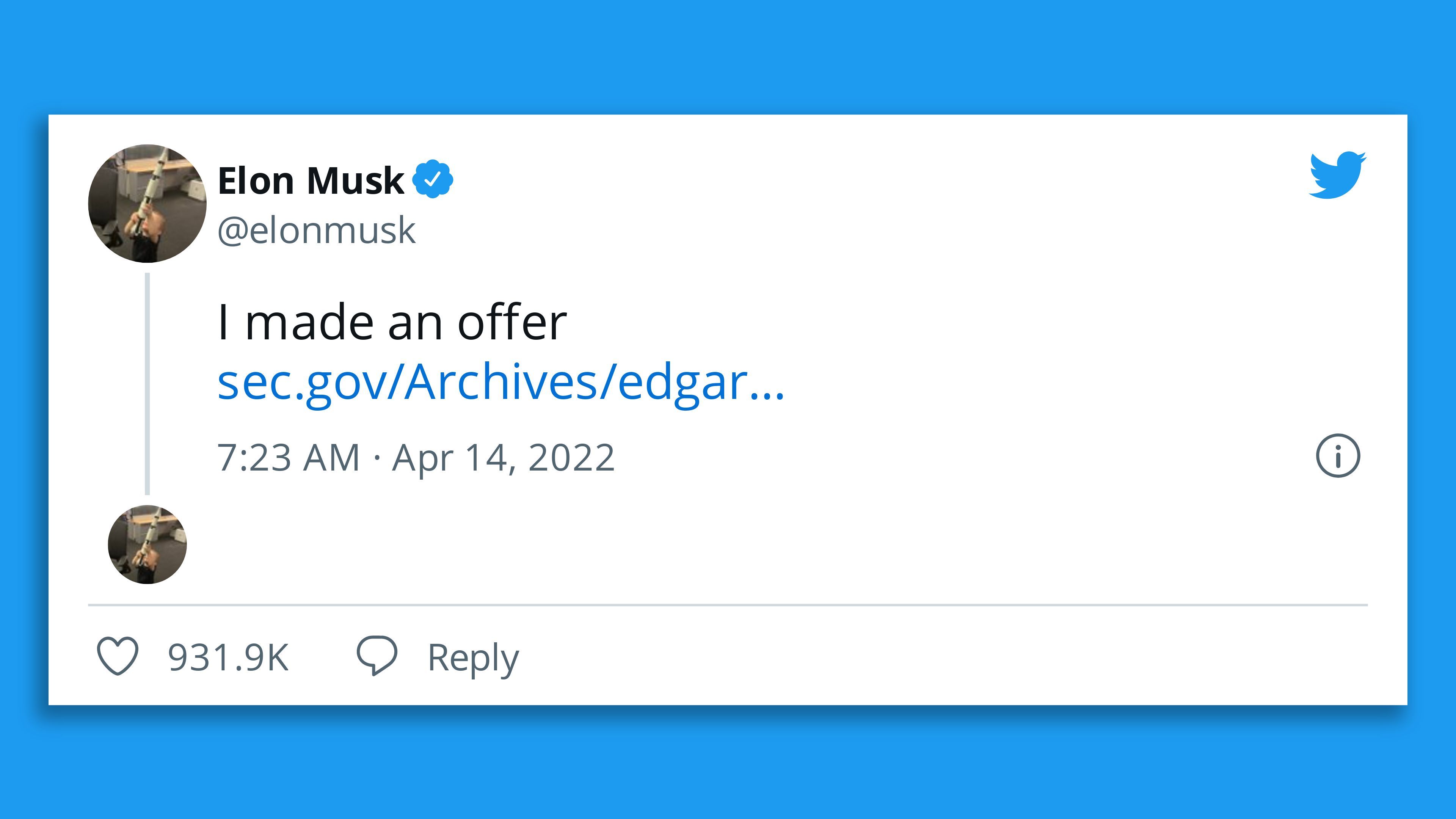 April 21: In a federal securities filing, Musk says that he didn't have any equity partners for his Twitter takeover bid.

April 25: Twitter agrees to be acquired by Musk for $44 billion. Musk would pay $54.20 per share and would have been personally responsible for half of the financing.

May 14: Musk tweets that his $44 billion deal to buy Twitter is "temporarily on hold" as he wants to learn more about Twitter's recent estimate that spam and fake accounts make up less than 5% of total users.

May 16: In a tweet thread, Agrawal lays out how Twitter found that "less than 5%" of its users are spam or fake accounts. Musk replies with a poop emoji. 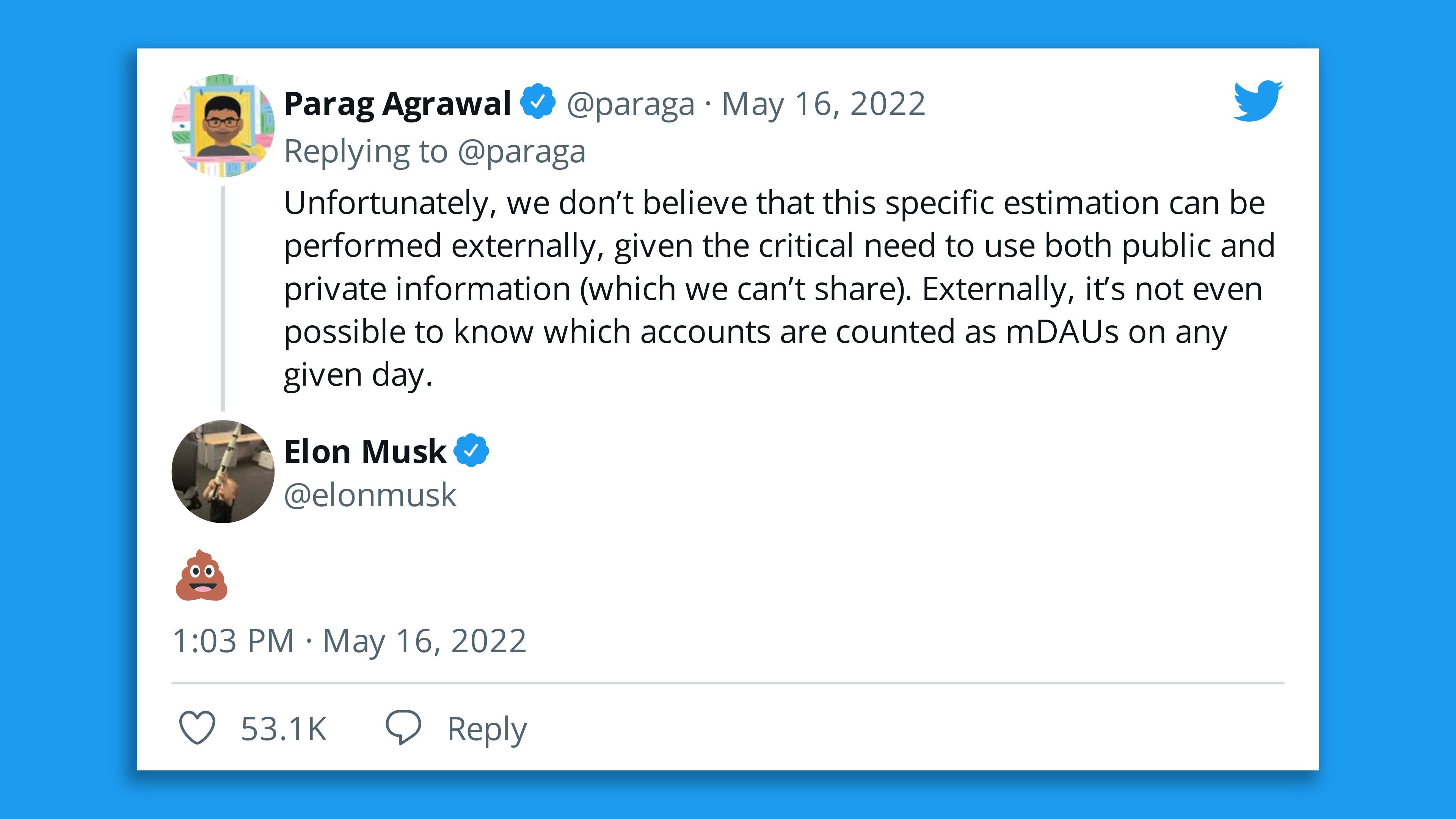 May 17: Musk says his bid to buy Twitter "cannot move forward" because he has questions about the fake and spam accounts number. 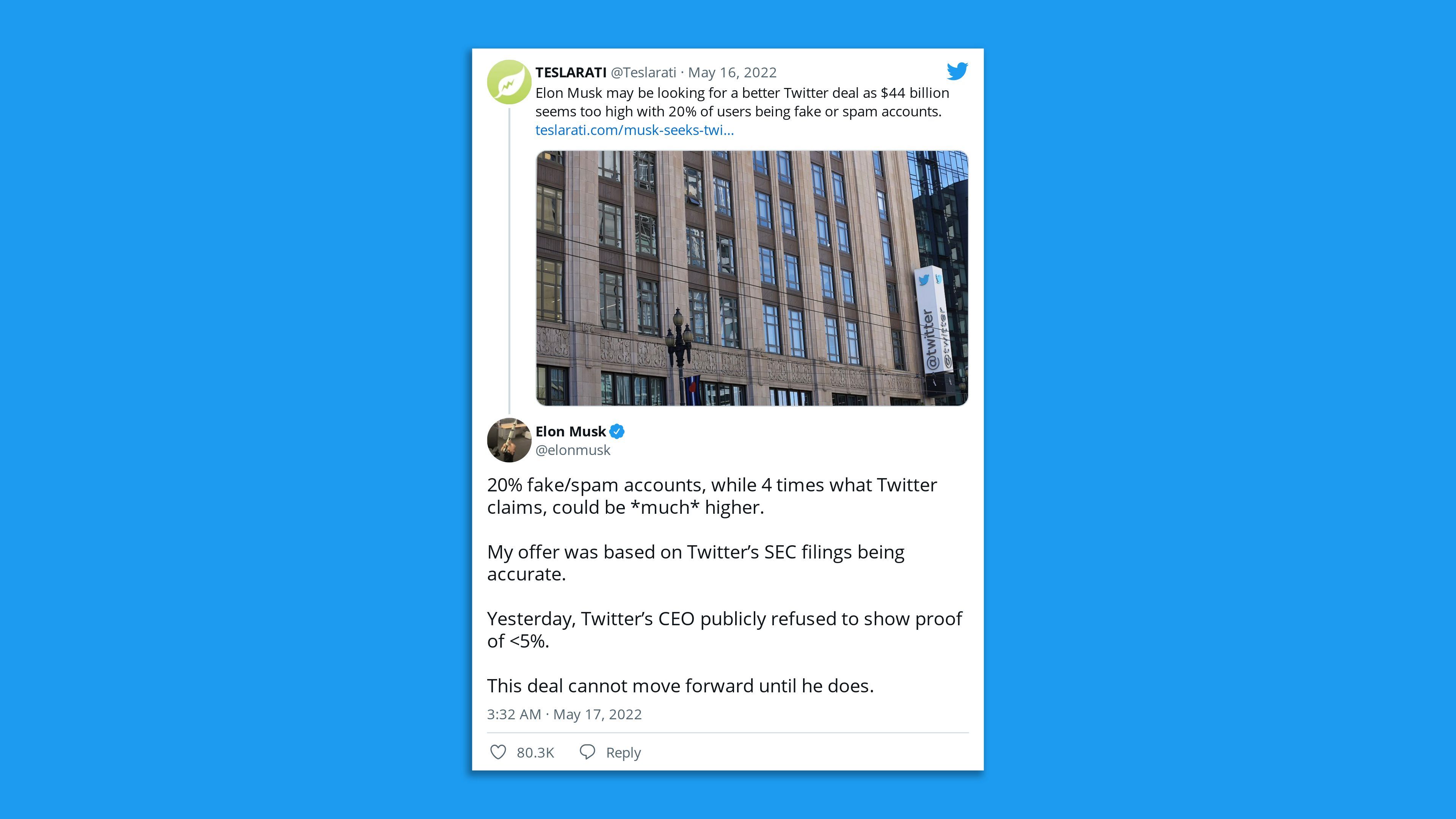 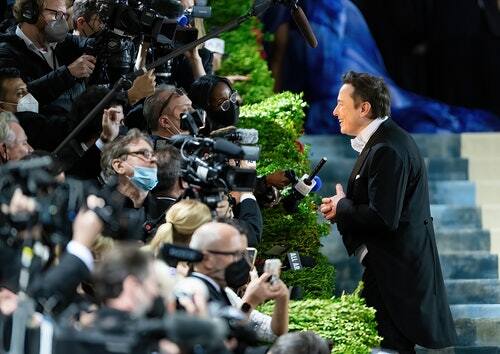 Elon Musk goes full chaos mode with Twitter takeover stuck in limbo
Musk is making every excuse known to man in the most performative way possible.

Evening Standard
What are Elon Musk’s options in the Twitter takeover deal?