Rail passengers the length and breadth of the UK face a summer of major disruption after workers voted for the biggest strike more than 25 years. As the Manchester Evening News reported last night, members of the RMT union backed industrial action over pay, conditions, 2,500 Network Rail maintenance job cuts and reforms that the union claims will lead to a wave of ticket office closures.

Walkouts could begin as soon as mid-June and, speaking to the Mirror, RMT general secretary Mick Lynch refused to rule out them lasting into next year - or escalating into a general strike. The union said it was the biggest endorsement for industrial action by railway workers since privatisation.

Workers at 13 of the 15 balloted firms and Network Rail voted for strike action. Workers at a 14th firm, GTR including the Gatwick Express, voted for action short of a strike.

Workers at only one of the 15 firms, the small Island Line on the Isle of Wight, refused to support industrial action at all. Overall the RMT said 71 per cent of those balloted took part in the vote with 89pc voting in favour of strike action and only 11pc voting against.

Strikes could run from Scotland to the tip of Cornwall as the RMT demands job cuts are reversed and calls for a pay rise above RPI inflation - currently 11.1pc - after two years of freezes.

The following companies have voted for strike action and action short of strike:

The following company voted for action short of strike:

Mr Lynch said the government plans to 'shut virtually every ticket office in Britain', meaning the 'end of passenger assistance' as the elderly and vulnerable are directed to apps and websites. He added: "[The] overwhelming endorsement by railway workers is a vindication of the union's approach and sends a clear message that members want a decent pay rise, job security and no compulsory redundancies.

"Our NEC will now meet to discuss a timetable for strike action from mid-June, but we sincerely hope ministers will encourage the employers to return to the negotiating table and hammer out a reasonable settlement with the RMT."

A major walkout could cut services to a fifth of the normal weekday timetable, with trains running only on main lines and for part of the day, such as 7am to 7pm. Action could begin with an overtime ban before accelerating into full walkouts if the issues are not resolved.

A government source downplayed claims there could be blackouts or empty shelves, but rail chiefs were drawing up contingency plans. Transport Secretary Grant Shapps said: "Of course if it came to it we would prioritise the supply chain - food, freight transport and energy."

Asked if claims of blackouts, fuel shortages or empty shelves were realistic, Mr Lynch said 'those things wouldn’t be immediate' and some of it was 'hyperbole'. But he added: "The freight companies who distribute oil and the food and materials that are necessary for the economy are worried that Network Rail and the government will prioritise passenger services."

Grant Shapps said £16bn had been invested in railways during Covid, adding: "I don't think the public will be very forgiving, having saved every single job on the railway, to then see strikes."

Passenger numbers are still below pre-Covid levels. Network Rail warned strikes will 'harm the industry's recovery from the pandemic, cost millions of pounds and undermine our ability to afford the pay increases we want to make'.

But the RMT has accused ministers of driving railways into decline, and slammed Tory threats to change strike law to force a minimum number of workers to stay on the job. And Mr Lynch said it was a 'big lie' that train companies are struggling financially after they made £100m profit while Network Rail subcontractors made £200m profit last year.

Mr Lynch said the Department for Transport and train companies 'told me directly across the table that they plan to get rid of ticket offices - that it's outmoded, and all users of the railway will have to use apps and websites and digital technology to access the railway.

“That may be fine for younger people, but for people that don’t have that access… that’s not going to be a very happy experience.”

With the average train driver paid just under £50,000 a year, Mr Lynch insisted “I don’t think we’re out of touch” with Brits who will be disrupted by strikes.

A Department for Transport spokesperson said: “Strikes should always be the last resort, not the first, so it is hugely disappointing and premature that the RMT is calling for industrial action before even entering discussions. Taxpayers across the country contributed £16billion to keep our railways running throughout the pandemic while ensuring not a single worker lost their job.

"The railway is still on life support, with passenger numbers 25% down and anything that drives away even more of them risks killing services and jobs. Train travel for millions more people is now a choice, not a necessity. Strikes stop our customers choosing rail, and they might never return.

"We urge the RMT to reconsider and accept the invitation of industry talks, so we can find a solution that delivers for workers, passengers and taxpayers alike." 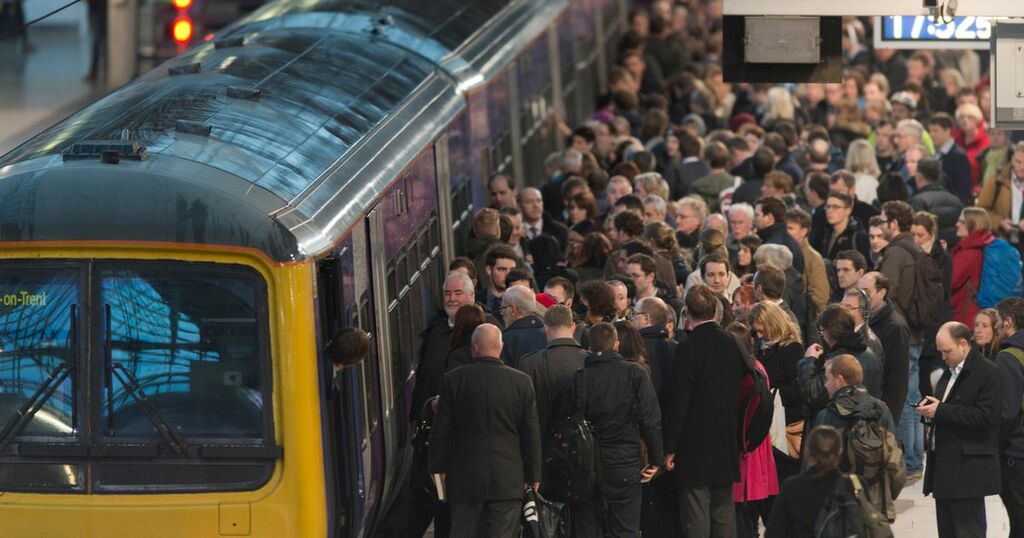 The confirmed walkout is likely to cause major disruption for passengers.

In an interview with the Mirror, RMT chief Mick Lynch said walkouts could begin in mid-June and refused to rule…